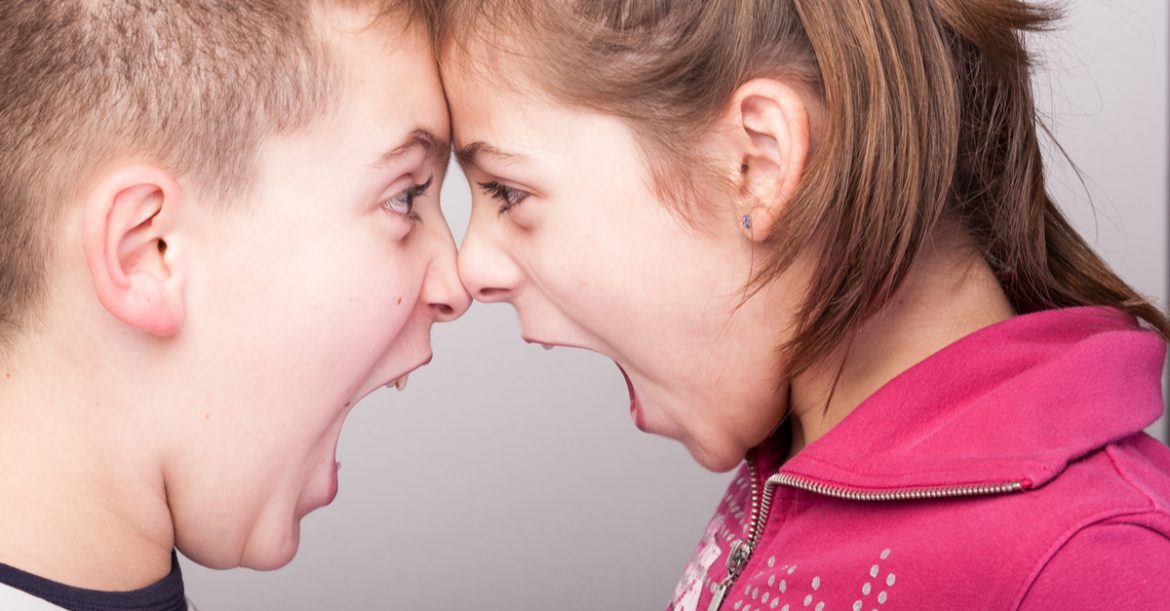 Brothers and Sisters Can Do One Thing Together: Argue!

One of the things no one ever told me about having children is that between “goo-goo” and “I do” stretch 20 years of sibling battles that make the Civil War look like a celebration of brotherly love.

“Will you stop that?”

“At least you could stop chewing so loud they can hear you in Latvia.”

“How am I supposed to stop chewing while I’m eating dinner?”

“Since when do you chew soup?”

No topic is too sacred, dull or trivial.

They argue over who looks uglier when they’re asleep, how long one can live without peanut butter, and who can burp louder. An all-day battle once raged over whether or not you could raise a sunken ship with ping pong balls.

Every other word out of their mouths is “I’ll bet you…” I feel like I’m living at a race track.

The only thing they don’t argue about is how nice it would be to be an only child.

Personal habits are constantly under fire.

“Haven’t you worn that shirt every day this week?”

“It could walk to school without you.”

“What about your hair?”

“What’s the matter with my hair?”

“It looks like a bunch of snakes doing the hula.”

“At least I take a bath every month or two.”

Believe me, they are about as helpful as treating a heart attack with curds and whey.

Having lost faith in the experts, I turned to my friend Marcia. Marcia’s dog Ralph, having licked the chicken liver off every cracker prior to a cocktail party, was punished by being forced to stand in the corner during the party. Frankly I didn’t think the dog looked terribly humiliated, but evidently, he’s a sensitive soul. In any case, it gave me an idea to try on the kids.

I told them that the next time there was an argument, the “arguees” were to stand with their toes and chins touching the wall. Neither could move until they both apologized.

The first time I said, “To the Wall,” the two offenders stood glaring at the wallpaper for about 20 seconds.

“I’m getting a headache,” came the plaintive cry.

“Just apologize to your sister and let her do the same and you can go.”

“I’m never going to apologize to him. He can get married in this position for all I care,” my daughter hissed.

“I’m fainting right now. I’m about to fall. Here I go. Get the smelling salts. OK, OK, I apologize,” said her brother.

“Well, I don’t,” said his sister adamantly, and you can’t leave the wall until I decide to.”

I showed them the movie Gandhi in hopes they might be impressed by what could be accomplished through non-violence. Wrong again, Mom.

We’d no sooner swtiched off the television when they started arguing about whether it’s possible to “act” sweaty. At dinner, they debated over whether the thousands of extras in the movie had to bring their own lunches to the set, and before bed, they almost came to blows over what Gandhi wore under his robe.

The only thing that keeps me sewing their mouths closed is the hope that one day their arguing abilities will earn them full college scholarships – as members of the Debate Team.