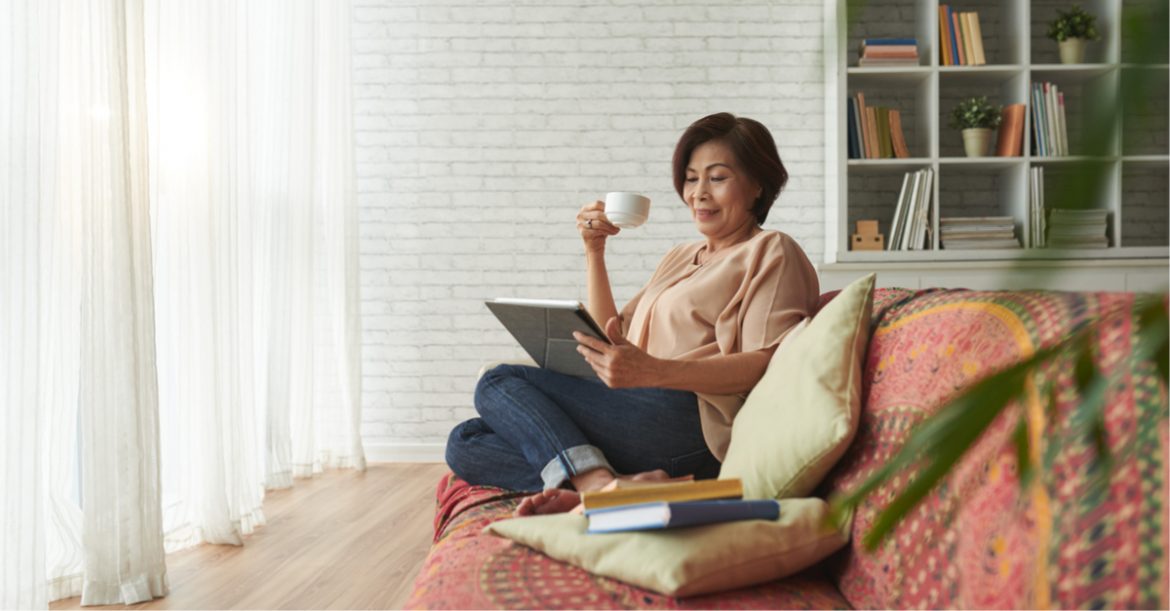 I braced myself as the 3:30 silence was shattered by the sound of thunder on the stairs followed by a ghastly thud. A door slammed so hard the parakeet’s teeth shook. This was Chris’ subtle way of announcing he was home from school.

I knocked on his vibrating door. “Hi Chris, what are you up to?”
No answer.

He opened the door a crack.
“Come on Ma, I just got home after a hard day at school and I want to relax.”
“I’m all for you relaxing, but why can’t you do it like other kids? Why aren’t you out there wearing your fingers to the bone playing video games or better yet, why aren’t you watching TV? What could be more relaxing than a little violence?”

“Mom, I’m reading the third series of five Newberry Award winning books that Huy gave me for my birthday.”
“Huy, the exchange student? I know he watches TV, because the only English words he knows are ‘Live from New York, it’s Saturday Night and Jon Snow.’”

Chris raised his eyes to the ceiling the way cave children probably raised their eyes to the top of the cave when their mothers told them to go out and play with the nice stegosaurus.

“I’m sorry to disappoint you Mom, but I like to read.”

“Listen Chris, it isn’t that I’m against reading, it’s just that I want to save you from the unspeakable horrors that I endured as a member of the most detested group around, the Avid Readers. Do you want to spend your life rooting around in garbage cans searching for unread junk mail? Remember the time the house almost burned down while I was reading, ‘If Life is Just a Bowl of Cherries, then What am I Doing in the Pits?’? And even your best friends will turn against you when they discover you have taken a bottle of ketchup, a box of Rice Krispies, and a can of kidney beans into the bathroom during a dinner party, so you can read the labels.”

“Good try Mom. Now can I go back to ‘Island of the Blue Dolphins’?”

I gave up. It was my fault anyway. When he was six months old and could recite the alphabet backwards, did I hide him as though he had leprosy? Quite the contrary. I displayed him like a two-headed calf. And when, at age three, he asked me to read “Where the Wild Things Are” …again, did I tell him to go play in the street? Not me. And even recently when the optometrist said, “If he keeps reading under his blanket by the light of the moon, he’ll need contact lenses so thick, the entire 5th grade will be able to ice skate on them,” did I insist he stop reading? No, I bought him a flashlight.

I guess it’s hopeless. I have tried many times to break the habit myself. Once, I actually managed not to read magazines in the supermarket checkout line by swallowing ten candy bars, in their wrappers.

The other day, I firmly declared the library off-limits. That lasted until my daughter came home from school with the question “Do anteaters sleep on their backs?” As my knowledge of anteaters is limited to the fact that they are smaller than a Mercedes Benz, I shoved her head first into the car and protested that the last place I wanted to spend my afternoon was at the library.

I vowed to my daughter that I would wait patiently in the lobby while she searched for her answer. It was fascinating to watch people using “The Reader’s Guide to Periodical Literature,” but I had missed my aerobics class that day, and purely for the exercise, I began to stroll among the towering magazine stacks.

I’m sure you won’t believe what happened next. Someone must have kicked the shelf, because “Chain Store Executive” flew right into my unwilling hands. My willpower was shattered when I spied an article entitled, “A Sleeper in the Bedding Business.” I was like a chocoholic on a binge. The irresistible, musty odor of 1866 leather-bound “Harper’s” called me. Then it was twin journals, “Ibis” and “Icarus” sitting primly on the shelves. I had worked my way through the “-ology” series; “Parasitology,” “Paleontology,” and “Sedimentary Petrology,” and I was in the middle of “Historical Images in Political Campaign Songs,” when my daughter caught me.

“I knew I’d find you here,” she said accusingly. She took my arm as though I were her grandmother and whispered, “If you come along quietly, I’ll let you read my school ID when we get to the car.”

Even in my hour of humiliation, I could smile at her. At least I knew that one of my children would never be a dues paying member of Readaholic’s Anonymous.