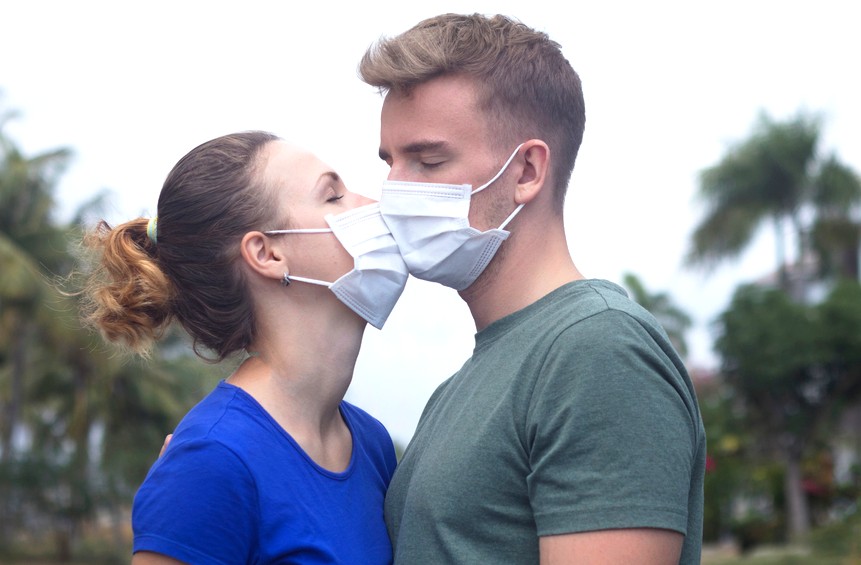 Dating in the Time of Coronavirus

If you had suggested even two weeks ago that there would be something to be written about dating in the midst of a global pandemic, I would have considered that ridiculous. Not impossible, mind you, but still somewhere statistically abreast of “dating following a comet strike on the Earth” or “dating a transgender woman at the Republican National Convention.”

But with the advent of spring, here we are. A global pandemic is spreading across the planet – and my writing about dating in the midst of it is still ridiculous.

I’m a 51-year-old overweight transgender woman. I don’t date. But, as someone who has friends who have active dating lives, I can appreciate that all these changes must be complicated as hell. The world of dating is a culture unique and nightmarish unto itself, and just like public sporting events, Broadway theatre, and sudden and repeated press conferences by the president, nothing good seems to be coming of those changes.

As an optimist, however, I’d like to think there are perhaps some good things that may come out of all of this. Take social distancing, for instance, where people are recommended to stay at least six feet away from other people to prevent the spread of virus-laden droplets from one person’s mouth to another person’s face-related orifices.

Social distancing is nothing new, actually. Nearly 14 centuries ago it was written in the Bible:

“And the leper in whom the plague is…he shall dwell alone. Outside the camp shall his habitation be.” Written in the Book of Leviticus, 13:46, it is not known if 13:47 advised the hoarding of toilet paper at Costco and area supermarkets.

More recently, the folks at The Church of Jesus Christ Latter Day Saints have put a great deal of thought into social distancing, going so far as to address it in a two-page memo a full five years before the novel coronavirus. Noting that people should stay at least six feet away from one another and that young people “are less skilled in handling their secretions,” it serves as not just a guide to pandemic living, it also doubles as a Mormon dating guide.

Mishandled secretions, rejected lepers, people building fortresses out of Charmin to separate themselves from the infected masses: social distancing has clearly gotten a bad name. This pandemic, however, is a chance to rewrite that narrative, with women controlling the quill.

Take being hit on: Women need no longer make excuses when they aren’t interested in someone driving a walnut-sized cockpit of a tiny sports car. Is that guy still compensating? Possibly. But he clearly doesn’t care about infecting you, and that’s even worse. (Probably.)

Further along in the dating relationship, social distancing serves other benefits.

A minivan goes from being a social buzzkill to a new way of tracking relationship progress: “I’m sorry, but I don’t let someone in the front seat until at least the third date.” That, and if they even once call you “Jeeves” from the rear seat, you can pop the hatchback and tell them to get out at the next stoplight.

If you are a young person, even before you become skilled at handling your secretions, social distancing makes the first interactions easier. For instance, should your date be allowed to stretch out their arm over your shoulders? No. As they shouldn’t even be in the seat next to you, who the hell do they think they are?

The same goes with holding hands, a kiss at the end of the date, and any other physical exchange of kindness, openness, or intimacy. Basically, if a Mormon parent would ban it on a first date, third date, or indeed anything before the honeymoon, social distancing gives you an excuse not to have to engage in it.

Social distancing can also play a role in the awkward first meeting with your beau’s parents. If you don’t want to meet them, simply explain that you’re afraid you’ll kill them. This serves multiple opportunities for discovery. First, it lets you know how easy it is to get out of any occasion, and you also now know if your significant other hates their parents – or at the very least that they might be lepers.

All of this means an end to a world where for far too long men have used their cultural advantages to dominate the dating scene. For lesbians, too, these protocols mean dated stereotypes like “masculine aura” and “LPGA” can be left behind — or at least six feet away.

Expectations of physical intimacy, and the pressure that it brings, are things of the past. Now completely in control, women finally have a world where dating is completely boring, devoid of mystery, and all emotions are relegated to those that can be covered by a two-page handout from the Jesus Christ Church of Latter Day Saints. Dating is basically dead, and pretty much no one will be doing it.

Finally. It’s been getting damn lonely over here.