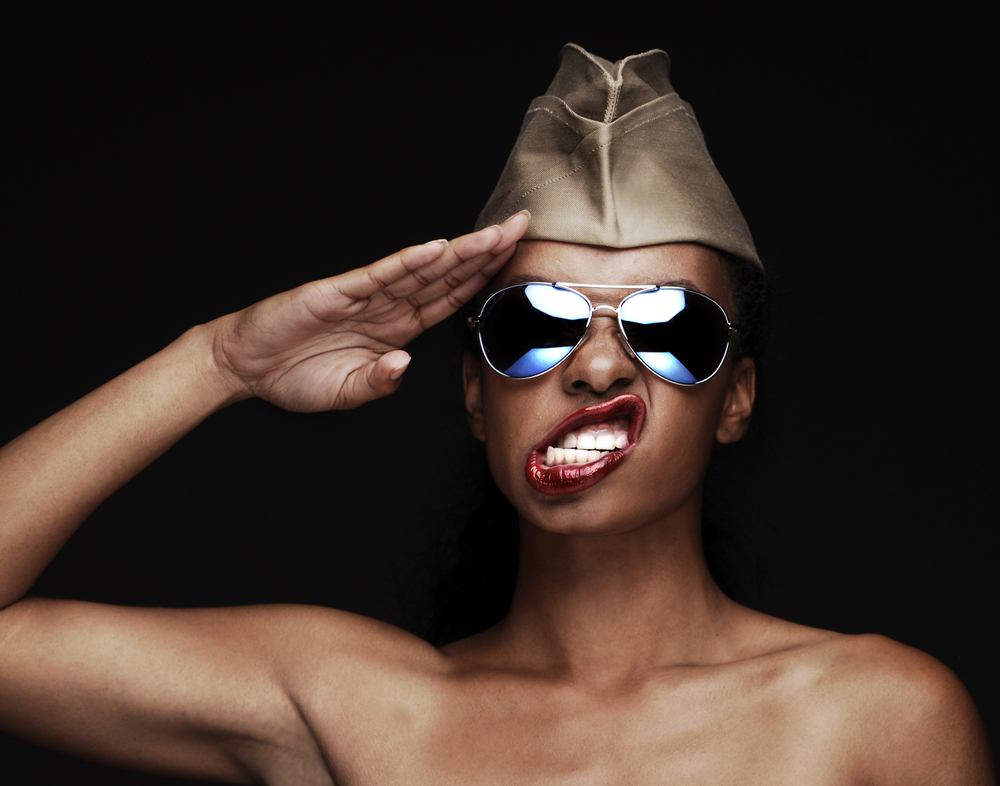 Finally, A Female You Can Go Into Combat With

Many still suggest the Obama-era policy of integrating women into combat completely undermines our military readiness. Listen, I get it. I know I am not your first choice, but I swear I will be awesome at combat even if I am a woman.

As tensions rise, the United States is busy deploying troops to the Middle East. Heck, just last month 3,000 service members were shipped off to Iran. Our enemies should know our troops are ready to jump in to combat, even with a woman like me in tow.

I know you’re concerned I won’t be able to carry your heavy pack if you get tired, sick, or are injured during combat because I am not as, shall I say, stalwart as a man. Valid concern, my fellow American. I had a similar feeling of panic and angst when I heard female military recruits were being held to tougher screening and physical standards than male counterparts because the branches of service don’t actually embrace the idea of women in combat.

I know I look feminine and fragile – impish even. However, I am strong. I proved it that time I had to fight off an over-eager male recruit who was forcing himself on me. He was twice my size, but I was able to overpower him and save myself from sexual assault without issue. Now that is what I call stalwart, don’t you think?

You seem nervous about living and working in close quarters with me. You sense I am giving off girly “Take care of me, you big strong man” pheromones that leave you utterly defenseless against my siren’s call. Fret not! I will work hard to reassure you that your perception that my play-hard-to-get/no means yes behavior won’t be a distraction to you. As for breasts, I don’t blame you for your fascination with mine. Face it, breasts have been overly sexualized for generations. Trust me, it’s not your fault. I will be sure to keep my bosom contained at all times so my cleavage is not a disruption while I return enemy fire or evacuate casualties from the combat zone.

This might make you uncomfortable, but it needs to be addressed if we are going to serve in a time of war together. I am sure you have thought about how it will be in combat with me during “that time of the month.” The idea of being trapped for days in a foxhole with a woman who is well… bleeding (cringe) from the natural hormonal process a woman’s body goes through each month to prepare for a possible pregnancy makes you extremely uncomfortable – queasy even.

You are probably afraid I am going to be all emotional and moody and crampy the whole time. Ugh, and the blood – gross. I can tell you are terrified that I am going to change out a tampon mid-gunfire. Trust me, I won’t bore you with my cravings for dark chocolate and red wine or expose you to anything overly menstrual. And just so you know, you are welcome to share my tampons and use them as earplugs while operating the grenade launcher, an absorbent cotton bandage when lightly grazed by a bullet, or to soak up shrapnel wound spills in a pinch. What’s mine is yours while we are in combat together. And don’t worry about me; during “that time of the month,” I will just remain stoic while you look at me shamefully for having a period.

So, don’t mind little ol’ me as I chart a course in military history as one of the hundreds of qualified women integrated into on-the-ground combat. Trust me, being on the front lines of womanhood while others attempt to discredit my capabilities won’t deter me from protecting America’s freedoms.