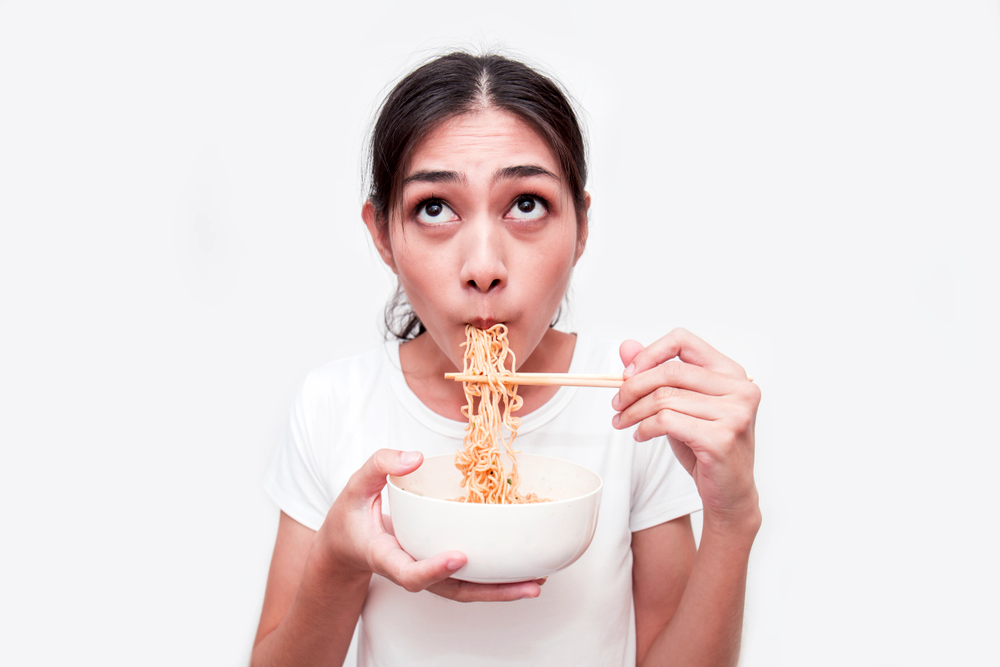 First, You Should Hold the Upper Chopstick like a Pencil, About a Third of the Way from Its Top

You see, I don’t know how to hold my chopsticks properly.

In fact, it’s not just me, but my entire generation – all of us born in China in the 80s.

I can always tell which Chinese person at Din Tai Fung grew up in China versus those raised in America by how they hold their chopsticks.

Listen, chopstick wrappers in China don’t come with instructions. And there’s no Chopsticks MasterClass there either.
Unlike you lucky people who get to learn as adults with your big American hands, we started as babies.

Our tiny little hands weren’t made to handle those long sticks. You try following the chopstick wrapper instructions while holding two broomsticks between your fingers – IT’S IMPOSSIBLE!

The worst part is – we didn’t have any other options. There were no forks. Chopsticks were all we got as toddlers. You either pick up food any way you can, or you starve.

Well first, let me explain a bit about my generation. We were the first batch out of the “one-child policy”. We were also the first generation to get a lot of attention from our parents and grandparents, but China was still poor.

The generation before us, i.e. my parents, didn’t really have food to pick up with chopsticks when they were growing up. Back then families had a lot of kids. Whenever food was available, siblings fought each other, grabbing food as fast as they could with their hands – literal hunger games. There was no time for chopsticks.

The generation that came after us are the fancy ones who grew up with training chopsticks.
You know those baby-sized chopsticks with the thing on top that holds the two sticks together? If that’s not ridiculous enough, the connector piece is usually a cute animal like a panda, a monkey or a bunny.

Don’t get me started on this generation. Americans always think being “the only child” means I was spoiled. That was not the case at all. However, it was the for the generation after me.

So, picture this – there’s me, my white boyfriend and ten Chinese friends at Din Tai Fung. White boyfriend is showing off his mad-proper chopstick skills and eating slippery wontons flawlessly. Somehow the rest of us manage to get the food into our mouths even though we all hold our chopsticks like pencils.

A Chinese waitress walks by and gives me the dirtiest look.

“What the heck is going on? Are they trying to eat or draw pictures? What an embarrassment to our race.”