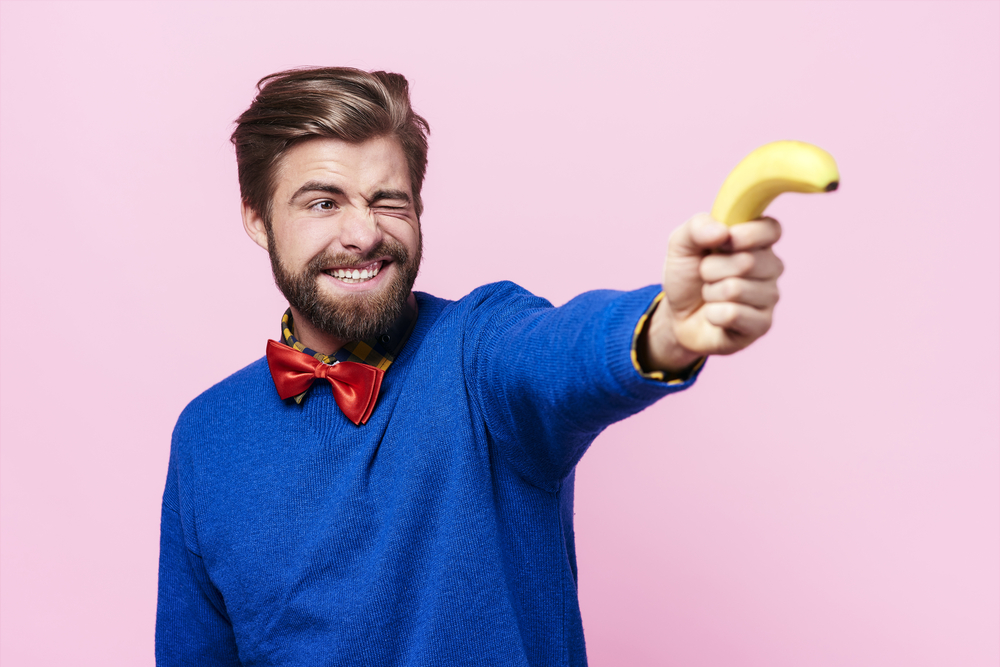 I don’t know about you, but whenever I see someone open-carrying a weapon, I leave that spot immediately. I don’t care if it’s my favorite grocery store, the movie theater, or the bathtub – I’m out!

BTW: Shout-out to the stores that have in the past week decided to “ask” their customers not to bring their arsenals with them while shopping. Although I would prefer they “demanded” this, perhaps at gunpoint, just for the irony.

Why some guys (and, occasionally, some women) seem to think they won’t be respected unless they’ve strapped two handguns, an AR-15, two clips of ammo, three members of the NRA, and a target practice dummy to their bodies, I’ll never know. Well-regulated militia? Not so much. More like “Not well-hung misfits,” if you ask me.