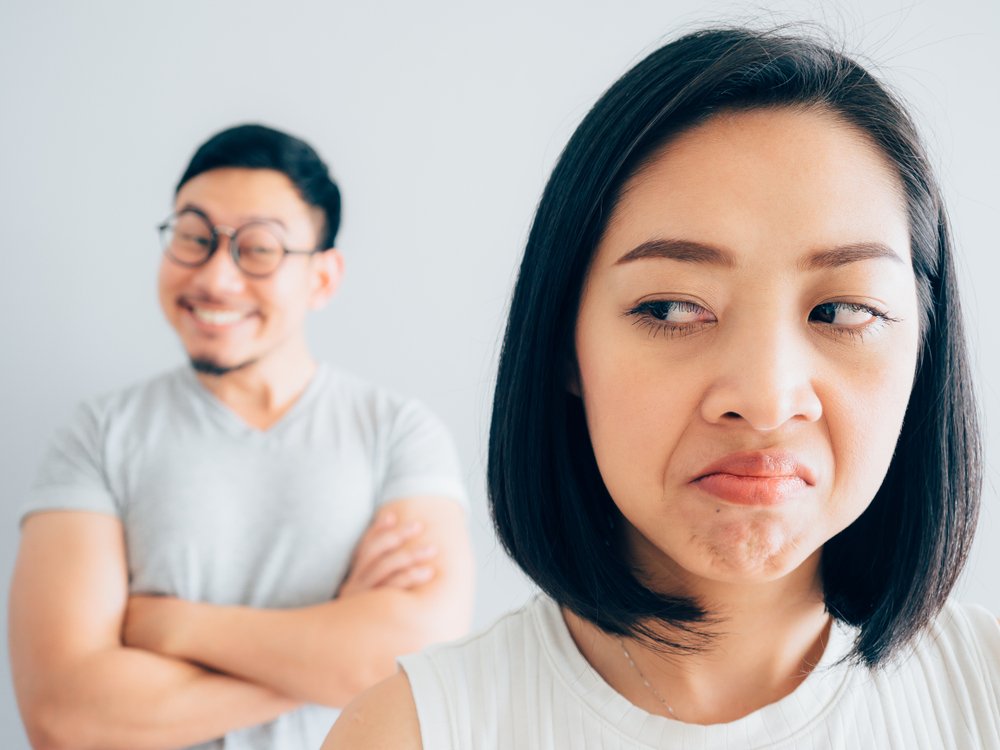 Hubby Tales in Lockdown: Here With Us, All the Time

I love my husband — truly, I do. He’s the second one I fostered and I decided to adopt him and give him a forever home. (The first one had too many behavior issues and the calming spray didn’t work.)

Now, because of coronavirus, he’s at home all the time. Of course, we all want to protect our beloved husbands and keep them healthy. We’ve invested so much time, energy, and love into them. But he is here all the time. All. The. Time.

As a university lecturer who does much of her work from home anyway, I was used to the quiet mornings and still afternoons when I could focus on grading papers, answering student forum posts, and slipping in a whole-house vacuuming when my tolerance for subject-verb agreement errors and comma splices flatlined. I could stomp away from research papers muttering that I should have been a veterinarian, take out my irritation on cat-hair-covered carpets and fur bunnies under the furniture, and feel refreshed. No witnesses.

That has changed. With the husband at home, I have to time my noisy house cleaning efforts and student-paper-induced tantrums so they don’t coincide with his need for quiet. I’ll admit that this issue isn’t the most trying. I can adjust my habits and use of space to co-exist peacefully with others: I share my campus office with three other women (who usually aren’t there, but that’s besides the point). In normal times, I could go to campus to work if necessary; but these aren’t normal times. As of this writing, campus is closed.

So, I’m at home with the husband, and our ideas of how to be together in the house don’t exactly dovetail.

For example, he has free run of the house, and he leaves his things everywhere. I’m constantly picking up after him: shoes, face mask, car keys, wallet, cat toys (more about that later), Phillips head screwdriver. He’s the kind of husband that drops a toy when he’s done with it and sniffs around that spot later when he needs it again. Putting the item back where it belongs confuses him, which keeps him occupied for a while and is actually quite entertaining.

I should acknowledge that he is a working husband, not a husband just for affection and companionship or for show at competitions. The work involves something that only his breed is capable of doing, which apparently is typing gibberish into a computer, hitting various keys, and cursing. Even though he performs those duties for hours at a time, I’ve caught him sleeping on the sofa in the middle of the day.

I’ve tried thwacking him with a newspaper to break him of the habit, but so far that hasn’t worked.

He is now afraid of newspapers, preferring instead to spend an inordinate amount of time gazing at his phone and ignoring my commands. After reading several blogs about breaking husbands of bad habits, I know that positive reinforcement works better than thwacking with a rolled-up newspaper or shooting with a squirt gun.

Dinner time can be particularly challenging now as well. In the time before coronavirus, when my husband came home tired from cursing at a computer all day and stressed by a long commute, he would eat whatever I set in front of him. Now he’s gotten picky. I look into the pantry and refrigerator and call out the options: Pasta. No. Tacos. No. Soup. No. Veggie burgers. No. Pizza. Well . . . no. Salad. NO! This is the time his phone performs a vital, marriage-saving function and his skills at manipulating (and cursing at) electronic devices can shine: he orders delivery. Everybody’s happy. (If sashimi is involved, the cats are really happy.)

Most of us are also happy when a certain level of personal cleanliness and grooming is maintained.

I’m not a miss priss, but I shower and wash my hair regularly, put on a little eye makeup in the mornings, choose presentable clothing for walking to the mailbox, and change my underwear daily. Is it too much to ask the husband to do the same? Well, except for the makeup. I brush the cats every couple of days, and they self-clean — even the under bits — with great enthusiasm.

The husband, on the other hand, is less attuned to his grooming habits. For one thing, he carries an odor. It isn’t exactly offensive, but it isn’t exactly springtime fresh. His outfit of choice is a t-shirt that is “not dirty yet” and a pair of jeans with a hole the size of a tangerine on the butt. He’s proud of those jeans — they let the air in. And out, which could explain the odor.

In an attempt to deodorize him and encourage exercise, I’ve led him into the fenced back yard and garden, where he can amble about and chase bugs. He wants to come back inside after just a few minutes, his shoes covered in grass clippings and dirt, which he then tracks through the house. Because I am the one who understands how to operate the broom and does the cleanup, I’ve brainstormed other strategies for getting him out.

For example, I’ve taken him on walkies in the neighborhood a few times. This activity is less messy and more enjoyable, but the husband knows he is on display. Other husbands being aired out in front yards get excited and lunge, but the wives hold them back and nod sympathetically. We are all in this together, women. Solidarity!

When we get back home from these walks, he looks for the cats right away. Where are the kitties? Where are the kitties? Where, where, where? I’ve always found the behavior endearing, and I picked his breed because it is kind to small animals. He exhibits no feline-directed aggression at all. In fact, he does his share of litter box scooping, feeding, and treat giving — not to mention playing vigorous, tireless games of fetch-the-fur-mouse with our youngest cat.

Watching him play with such affection and care softens my mood.

Sure, he’s untidy, and his grooming habits have regressed. Agreeing on what to eat for dinner or which movie to watch is occasionally a battle of galactic proportions. But he is here with me, and we eat dinner and watch movies together. Afterwards, he snuggles with our arthritic 19-year-old tabby and carries him gently up the stairs for the night. Because I am immunocompromised, he runs errands so I can avoid contagion.

He makes sure we are all safe, and he is here with us. All. The. Time.