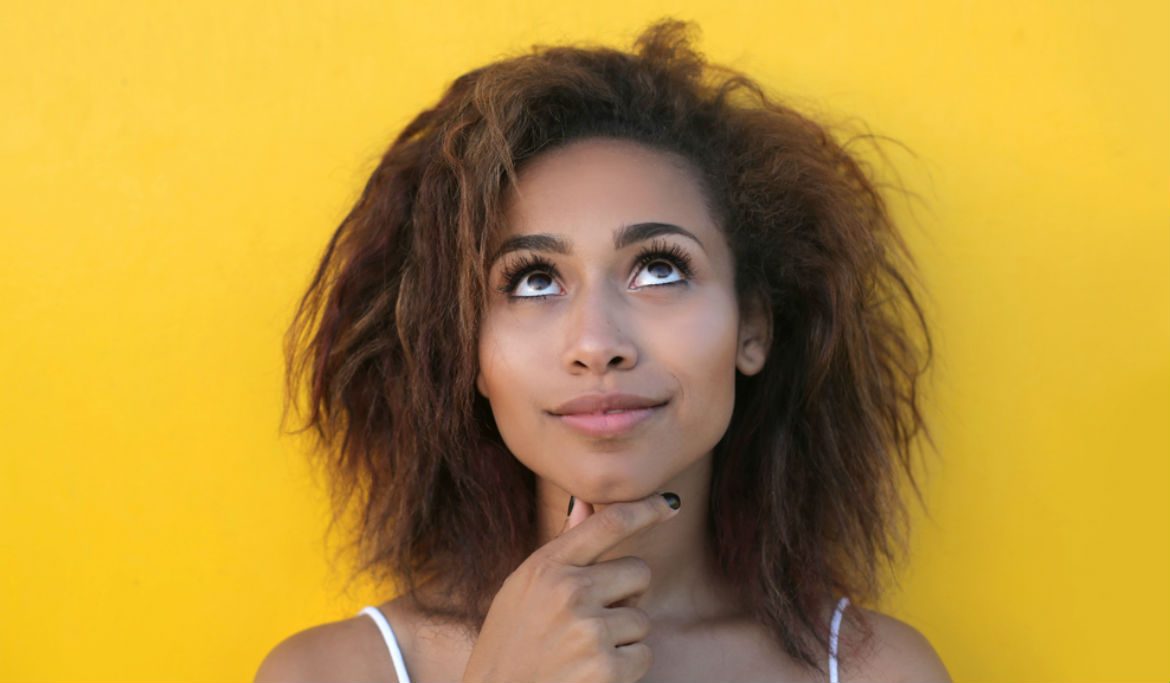 I Can’t Put on Pants, But I’d Make a Great Parent…Maybe

“You guys seem to have a great relationship,” observed a family member on Thanksgiving, “So, what’s the hold up?”

“Hold up?” I asked with fake innocence, in-between my bites of sweet potatoes.

Of course, I knew exactly what she means, but if she is going to get personal, I’m definitely going to make her spell it out.

“Kids. You better get going soon,” she winked. My husband squeezes my shoulder in support. “Maybe in the future,” I smile in reply.

On the drive home that evening, I asked my husband, “Do you think it’s rude to ask us about children? I think I was just put off by her assumption that having kids was a given.”

My ever-thoughtful husband calmly replied, “To be honest, I found her question to be inclusive because she didn’t just assume you couldn’t be a mom.”

As usual, my husband knew exactly what to say to keep me from spiraling into the dark place. His wisdom was on point too because this was the first time I had ever been asked about having kids of my own, and I can’t help but think my wheelchair has something to do with it. I’m reminded in moments like these why I made this hot, furry man my husband, and I promised myself that I wouldn’t bug him to clean our disgusting microwave for at least another week.

Despite my best efforts to sabotage important relationships, my husband and I have been together for 12 successfully happy years. We have raised three cacti together, but all of our betta fish became suicidal after the first month. Despite these ups and downs, I think I have what it takes to be a good mother, and my husband has the gentleness and humor you always want in a father, but neither of us take that as a license to be parents. If being parents was the goal, there are far less complicated ways in which to earn that title then to unleash our spawn unto the world.

When people talk about becoming parents, I think most of us make the mistake of limiting our parenthood to only the offspring we can produce.

Our society has expanded to include many new definitions for families that aren’t limited to the fruit of our loins, but these are still often considered last resorts rather than legitimate choices. Adoption, foster care, surrogates, multi-generational households, mentorships, or even just providing a form of unconditional child care are all legitimate ways to be a parent. To me, being a parent means you have committed yourself to the growth and well-being of a child under an umbrella of unconditional love. It’s never wrong to jump into the middle of the marathon on this one because a child thrives within a reliable team.

For us, the “hold up” is this team, or the uncertainty of it.

You’ve heard that it takes a village to raise a child, but these days, it seems we’re expected to keep our doors locked. Every other month you hear about a parent, usually a mother, getting into legal trouble for raising their children exactly the same way many of us were: with plenty of room to learn on their own. At the age of seven, I was allowed to ride my bike all the way through the two miles of neighborhood that separated me from my favorite slushy machine at a 7-11 (they had a cherry Coke combo). I always wore my helmet, I knew what homes belonged to friends of my parents, and I held deep fears of retribution if I ever crossed the four-lane boulevard that bordered my yearly trick-or-treating route. Those solo trips to the 7-11, not to mention the lake, the neighborhood forest, the rec center, and various friends’ homes whoes parents could stand me, probably saved my life because I wasn’t much of an indoor cat and I’m certain my mother would have killed me.

Productivity is rarely a problem for most households, but happiness is elusive when you’re never allowed to dump your kids on someone else for a while. It wasn’t that long ago when living in a multi-generational home was expected, and with it, came many extra pairs of hands to help raise the children. With the growth of the middle class, a family is now expected to live alone with their children, with a few criminal-history checked babysitters in the wings for those lucky enough to afford them. Locking yourself up with your kids 24/7 while never being allowed to poop alone is insane and unnatural.

You might say that I’m letting fear of outside forces control my life, but it’s much more than that.

As a visibly disabled woman, I live to defy convention and prove all those bastards wrong. We all have those bastards in our lives, from the creepy boss who thinks we’re too aggressive for a promotion to that conservative aunt who thinks we’re reckless for moving alone to the city. When it comes to children, I feel completely split down the middle. On one hand, I feel the pressures from those who know me best, my friends, and especially family, to do whatever the hell I want and prove all the bastards wrong by living as close to an ordinary life as possible with children as part of this timeline.

They desperately want me to have a normal life because it would be a reflection of success on their part. On the other hand, I’m not about to try and prove anyone wrong by defiantly giving birth to a tiny human who is completely reliant on a mother whose body is too weak to push them on the swings. Above all, I would never volunteer the life of my sweet husband to prove anything to anyone because he would do most of the heavy lifting, and he is still getting over my inability to put on pants… left on my own, it’s a disaster.

Parenthood is not only an adventure, it’s an insane job and we should all support each other in whether we take a conventional road or not.

I mean, the kid can’t go back in, so why not make it easier on the parents? Some say you’re smart to not have kids, but I think you’re smart to consider other methods in which to be a parent. It’s important to remember to make your choices for your own reasons and that there is no time limit if caring for a child is your only goal. Maybe I’ll never be a mom, maybe we’ll rent to own, and maybe I’ll serve a creepy baby cake at my own shower one day, but until then, my husband and I are super grateful for my birth control.