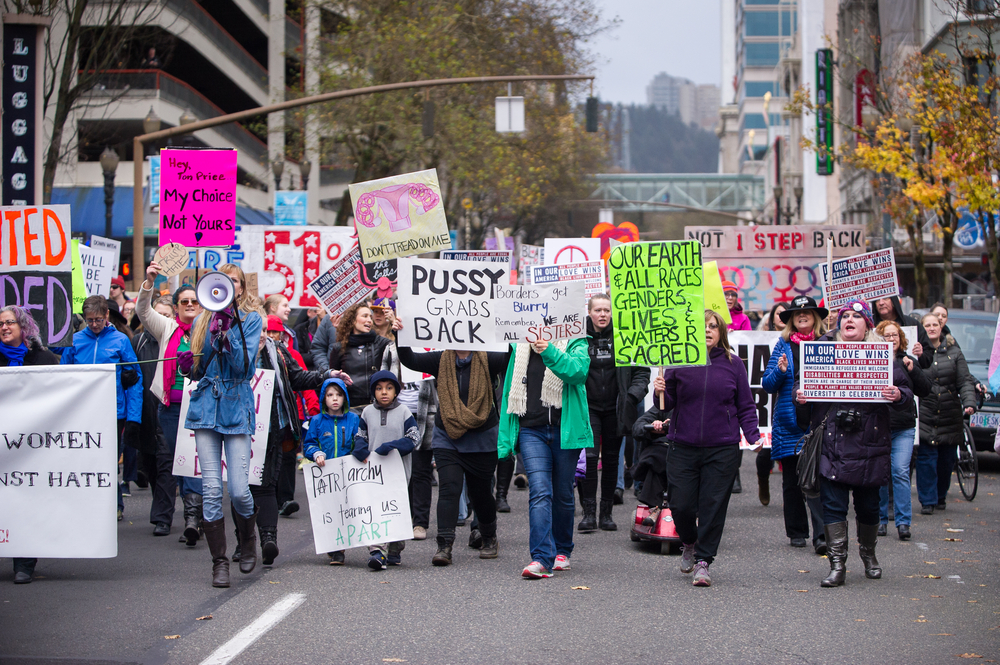 When Speaker of the House Nancy Pelosi announced an official impeachment investigation into the pussy-grabbing, child-jailing, dog-whistling, planet-destroying orange mobster in the Oval Office on Tuesday, my first thought was, “What kind of party should I throw?” I knew for certain there would be margaritas and half-naked dancing, but that’s true of most of my parties and I want this one to stick in people’s minds for the rest of their lives.

After all, impeachment is special and deserves its own unique theme, right? After wracking my brain, I’ve come up with a few ideas and hope you can help me choose the best one.

I’d hang white sheets from my walls and encourage party-goers to write ill-wishes to the soon-to-be-former-despot-wannabe (try saying that three times fast). I envision comments like, “Good luck trying to take away my reproductive rights from prison” and “Who’s a stable genius now, sucker?” This party would have the additional benefit of removing some white sheets from circulation. Theme music: Beyonce’s “Flawless.”

Several piñatas shaped like those who have done the most to sell out our democracy (e.g., Bill Barr, Devin Nunes, Lindsey Graham, Mitch McConnell, Kellyanne Conway, and Sarah Huckabee Sanders) would encircle one large piñata shaped like Trump’s lying lips. We’d crank up The Dixie Chicks’ Not Ready to Make Nice at full volume and beat the living shit out of those piñatas with our enraged fists, until they spill out their bootie: tampons, chocolate bars, and dollar bills with “Give me my whole freaking dollar” inked across the front.

I’d invite all my girlfriends who are good bakers, provide them with a basket filled with peaches, mint, vegan pie crust, and salty, salty, Melania tears. They’d each have two hours to whip up their best pie while the rest of us drink peach schnapps and call our senators and demand they support the Equal Rights Amendment. Theme music: “Sisters are Doing It for Themselves” by Eurhythmics and Aretha Franklin.

Red robes, fancy lingerie underneath, a party bus with a pole, and “The Future is Female” by Madame Gandhi (TT the Artist Club Remix featuring UNIIQU3) on loop – now that’s a party! “The future is female. There’s power in what you say. Own your voice – don’t be afraid.” When the bus pulls up to the final stop – the state capitol — we’ll all sign up to run for political office.

This one’s for my crafty friends. Each of us would get one of the 27 amendments to the Constitution and be encouraged to use creativity to artistically express the assignment. We’d of course do this while getting increasingly schnockered, which will free our imaginations and our anger. When the quilt is complete, we’ll add as many more amendments as we think necessary – from equal rights to banning sexual assaulters and rapists from Congress to mandatory buyback of MAGA red hats. Theme music: Tacocat’s “Men Explain Things to Me.”

Each of my friends would randomly be assigned a Trump family member to dress as. They’d have to come prepared with three separate outfits: inappropriate for the UN, inappropriate for visiting children at concentration camps on the border, and inappropriate for prison. We’d post the portraits online and ask viewers to chip in $5 and choose their favorites, with the money going to pay for lawyers for immigrant moms on the southern border. Theme music: “Just a Girl” by No Doubt.

Help me pick a favorite so that while the House is getting to the bottom of all the crimes committed against women and children and LGTBQ+ folks and people of color and immigrants and wildlife and the planet by this administration, I can figure out how much booze to order and what kind of party store to hit up.