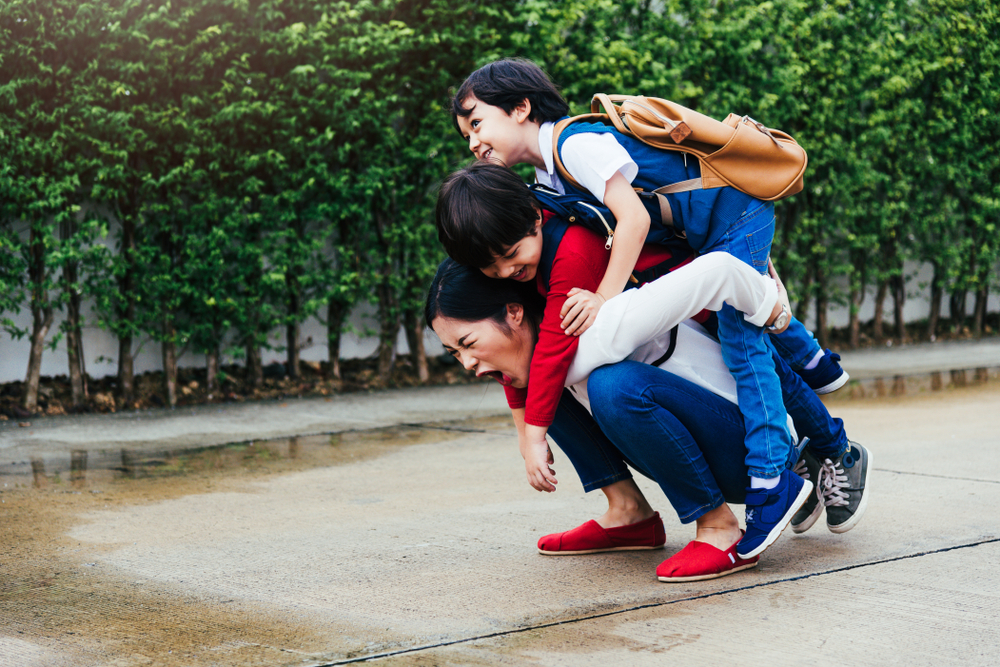 I was trying to write an online dating profile. I stared at pictures of different men in their various fitness poses: straddling bikes, standing – arms outstretched on mountain tops, clinging to rock faces while posing for the camera, sporting their marathon numbers with sweat droplets sparkling on their sexy foreheads. They all seemed hot in more ways than one.

I began to think about I would describe my own physical fitness as a single mother of five children.  I feel as though I’ve been running a different sort of marathon for these past many years — the daily marathon to get everything done in a somewhat satisfactory condition, the marathon to keep to parenting “machine” running, to keep “it” all together (even when more than a few screws have come loose!) It’s not been easy raising the brood on my own. It has taken a lot of stamina and sweat. Unfortunately, I forgot to take selfies.

I had to write something on the dating site, so I described my fitness routine like this:

I suppose my physical fitness isn’t as glamorous as someone exiting a dirty pond covered in wet soil from the mud run. It certainly isn’t as stunning as the views from the mountain tops of Kilimanjaro. (I tried taking a picture of the view from my pile of laundry, but the lighting in the laundry room didn’t cooperate.)

My daily run is more about getting the kids to school on time and beating the traffic, which really, if you think about it, takes both flexibility and abs of steel.  My goal isn’t sweaty muscles or looking good in Spandex. I’m working out to  leave behind five well-oiled machines who will be ready to take over and do their part as loving, contributing members of society. Now that’s a marathon!