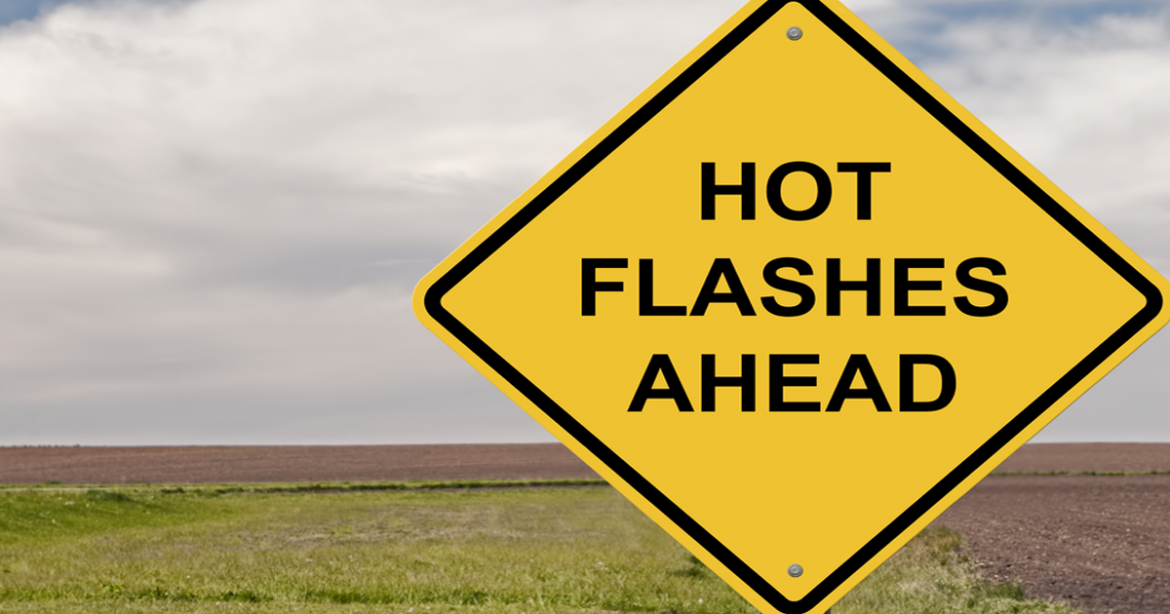 Is It Warm in Here or Is It That Pesky Perimenopause Again?

Things are changing inside my body. I suspect it’s that peri-menopause thing setting in.  Sort of like a special kind of global warming for women over 40.

It started with hot flashes. Suddenly, out of nowhere, my body feels like it’s on fire. I start sweating profusely. I grab the nearest piece of paper that I can turn into a fan. If I’m in the grocery store, I stick my head in the freezer compartment and get really familiar with what’s on sale – frozen vegetables, ice cream, or maybe the frozen pizza. It’s good to take your time when shopping in the frozen foods section. You never know what ingredients went into those Eggo waffles.

It is fine to have hot flashes when I’m sitting at home in front of the fan but it’s mortifying when it happens in front of other people. I went to apply for a passport one morning. I was standing at the counter with the agent on the other side and I started sweating buckets. Drops of sweat were hitting the paper I was trying to sign while I was wiping my forehead with the back of my arm. Then the official started asking me more serious questions. I think sweating is usually a sign of fear and it must have made him think twice about this dripping human sprinkler system standing in front of him. I wasn’t being dishonest, I swear! I was just having a hot flash at the worst possible moment!

Sometimes I have to stand up and speak in front of groups as part of my work at an organization I belong to. That’s usually when the hot flashes and sweats hit. Summer or winter, my head gets saturated. There goes the hairdo I worked on for ages in advance. I like to look my best, but instead I end up looking like I just stepped out of the shower with dripping wet hair. People ask me if I’m alright. And the questioning looks aren’t nearly as helpful as a towel would be at those moments. Maybe I should start wearing a turban, I think to myself, that way no one will see my drenched head.

I figure there is a light at the end of the tunnel: as an overly fertile woman and mother of five, I once asked my doctor, “How many years will I have to worry about getting pregnant?” I was in my twenties at that time. He replied, guessing I would be well into my fifties and still needing birth control.

Being a walking goddess of fertility comes with its downsides.

Now that I’m turning forty-one soon, this peri-menopause thing means I’ll have less to worry about in the future. As this baby factory that I call a body goes out of business sooner than expected, I will one day be non-productive! Not having to think about birth control anymore will be a serious plus for me. I’ve always preferred it bareback anyway! I just never liked worrying about the possible consequences to my personal enjoyment. Who wants to think about raising a child for twenty plus years while they’re getting it on? I want the pleasure without the stress. Is that too much to ask for? Woohoo, I say. Menopause? Bring it on!