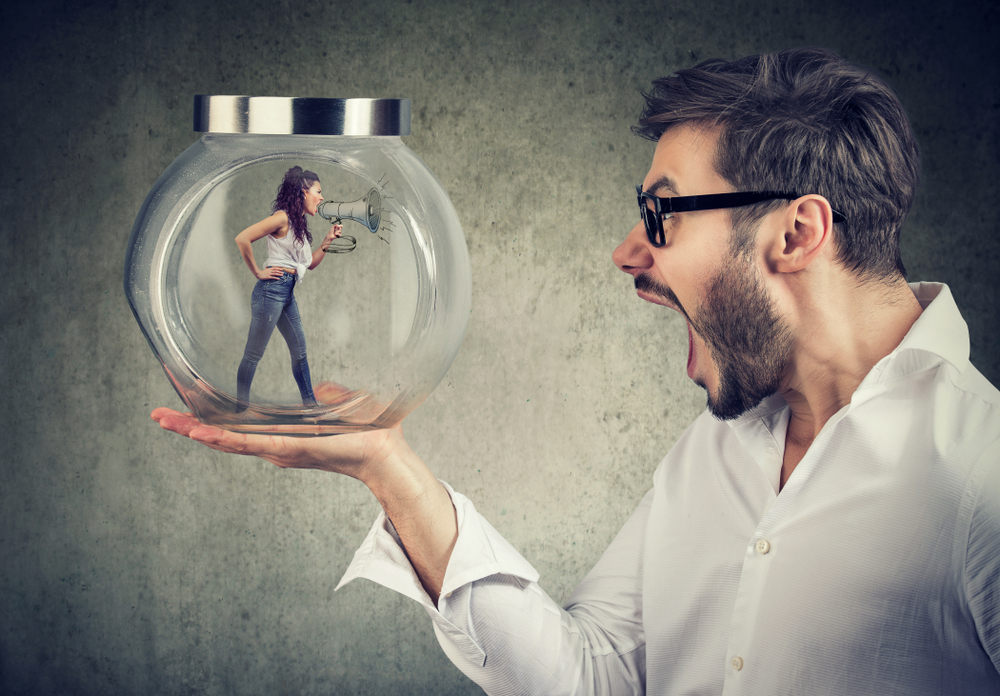 We are the yin and yang, male and female who balance each other out – or at least in an ideal world we would. When we come together, we can create amazing things, and I’m not just talking about the orgasms, although they are a nice touch.

But when things are out of balance between men and women, it’s like that out-of-balance patio table at your local cafe. You place your $7.00 latte on it and a wobble later it ends up on your lap. You’re left wondering about what to cry over first, the lost money or the burning crotch. Misogynists should come with a warning label: Beware of the female despising males – their bark is as worse as their bite!

These days we don’t have to look very far to find examples of misogynists around us. They are everywhere (just look at the current American president and many of the men in Congress, Hollywood and your local night club.) Misogynists are like weeds on your perfectly manicured lawn; no matter how hard you try to get rid of them, another one pops up.

When some men seem to hate us simply because we’re female, it’s hard to look for the source of their hatred.

But deep down – under the angry words, the sexist language, the t-shirts with slogans like “Nice tits. Too bad about your face” (a real t-shirt), some men are really hurting.

Perhaps they had a mother who spanked too hard or criticised too fiercely, a sister who used insults too often, a female teacher who singled them out for their bad behaviour.

Because, as we all know, whenever a man is hurting, it’s some woman’s fault.

Instead of directing his anger at the woman he sees as the source of his pain, a misogynist he looks at every woman from that point on with bitch-colored glasses. (Now available on MisogynistGear.com! *Not really a real website – yet.)

Men who begin hating women have history on their side – that IS why it’s called HIStory, right? Until recently, women were viewed as property. In some countries you can still buy a woman for a few goats and a camel. Women have been viewed by many societies primarily as baby factories. If we were factories, our bodies might not suffer as much when we give birth. Just screw some parts together on the conveyer belt, and VOILÀ! A baby! We are still fighting to get equal rights and equal pay. We are still being portrayed as sex symbols in television, films and media.… until we’re over 35, and then we’re just supposed to disappear or get replaced with a newer model.

Women in many countries are still not being educated – unless it’s in the “real woman school” (what my ex-husband actually called it) when I was trained by his mother on how to cook his favourite meals, clean and serve him to his liking.

So men who want to hate women have society (and religion and the media and their bros) telling them it’s okay because women are not equal to them. If we don’t have a penis and can’t grow a beard, are we really even human?

Sadly, to the misogynist, any woman he encounters is beneath him, simply because of her gender. It wouldn’t matter if she doted on him hand and foot, baked fresh brownies for him every day, and was the best faker of orgasms in history because nothing a woman does would ever be good enough.

The world would be a much better place we could look beyond our genders – to our spirits, our hearts, and our souls.

And sure, occasionally our eyes and butts – I’m not saying we can’t appreciate what’s on the outside, just that we are more than a sum of our parts. And no one deserves to be despised or treated like garbage simply because of the body we born into –  we should earn it fairly – for behaving like assholes.