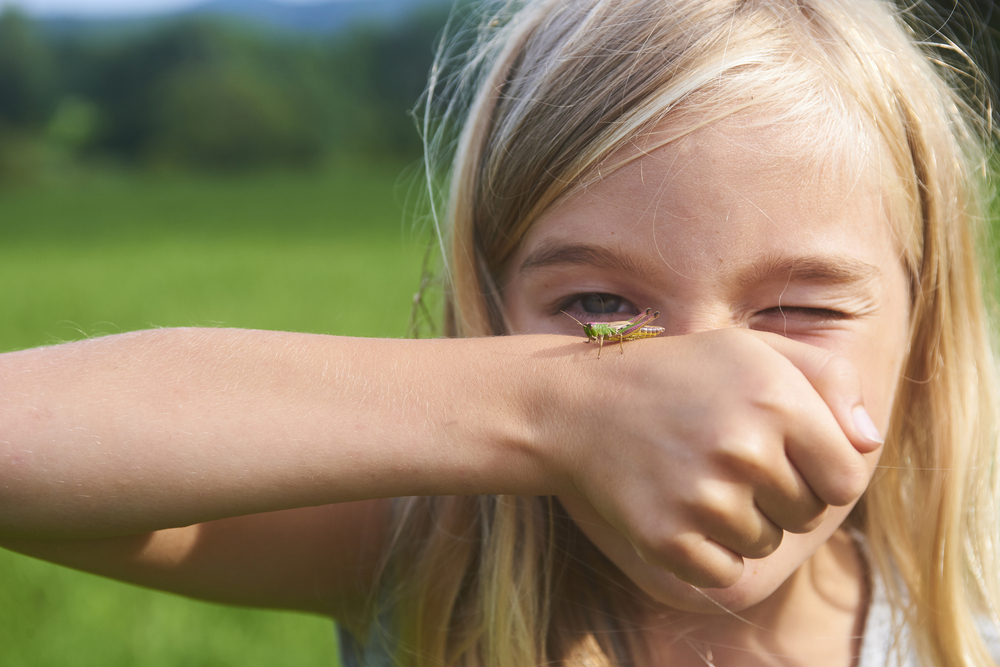 One thousand dead crickets in a box.

That’s what I’m looking at right now — 1,000 belly-up insects in a rectangular receptacle. I paid $30 for them.

If that sounds like the stupidest thing you’ve ever heard, to be fair, they were supposed to be alive. I bet YOU would pay $30 to get rid of a thousand crickets and wouldn’t dream of paying a third party, through Amazon, to carefully pack and send you (supposed to be) live crickets. But let me back up.

We have a bearded dragon. My youngest child has been obsessed with lizards since he was a toddler, so my spouse and I gave in and got him one for Christmas last year. We did all the research on lights, substrates, tank size, and food. We learned you can even take them on walks, just like a dog, with specially-made leashes.

There are a whole slew of products aimed at bearded dragon owners that I had no idea existed. People make sweaters for these things. Bearded dragons, especially growing ones, like to eat crickets. No problem. Go by the local pet store every now and then and pick some up.

It turns out that our beardie likes to eat LOTS of crickets —20 or 30 each feeding sometimes, even though she’s supposed to be done growing. I don’t know where she puts them; she’s a very svelte-looking dragon, despite her status as the laziest being I’ve ever encountered.

The trips to the pet store and the money we’ve spent on a la carte crickets were starting to add up, so I began ordering them in bulk. Here’s the thing: When you’re housing crickets a thousand at a time, even though they’re only going to get eaten, you have to supply accommodations of a certain quality. Think of all the things you look for in an Airbnb — a cozy place to sleep, food and beverages nearby. Only crickets don’t care about the number of bathrooms because they poop wherever they want.

Your pet is only as healthy as the crickets she eats, so you want to feed those buggers some quality food — potatoes, carrots, or the slimy orange cubes billed as the “complete cricket diet.” I recently read the ingredient list for those gelatinous cubes (apparently, I’ll do anything to avoid work) and found carrageenan and yellow dye #6 on the list. It turns out crickets are just as fond of their preservatives and food dyes as we humans are. Who knew?

Crickets need water, too, but you can’t give them too much at a time or they drown in it because they have brains the size of cricket heads. So not only have you taken on the care and feeding of a reptile, but you also have to feed and care for their food. Fine. Whatever.

So this afternoon, when I opened a box of 100% dead crickets, I was vexed, irritated, irate, annoyed, indignant, and other similar adjectives.  I wrote a strongly-worded email to the company asking for a refund. In a huff, I sent my husband and unwitting partner in cricket care, Jason, a text. I told him what happened, and asked him to pick up the high-priced crickets at the pet store on his way home.

I was just lying down for a nap to calm my nerves after the disconcerting experience of opening the mass grave that had arrived at my home via mail when my phone rang.

Jason: Hey, the pet store lady says they’re probably not dead. They just went dormant because of the cold weather. You didn’t throw them away, did you?

Me: No, of course not. Why would I throw away a perfectly good box of dead crickets? (In truth, I did still have them — you know, for proof so I could get my $30 back.)

Jason: She says just to wait a few hours and see if they come to. Maybe put them by the space heater in your office.

So that’s what I did. Now I’m typing this while sitting next to a box of one thousand maybe-not-all-dead crickets who are incubating next to a space heater. Just call me Miracle Max. They’ve got their favorite egg carton pieces in there and a bunch of premium, preservative-filled, orange, slimy food cubes in case they’re hungry when they wake up.

I AM NURSING A HOARD OF FUCKING CRICKETS BACK TO HEALTH.

This is one of those things no one tells you about parenting: that you will find yourself doing the most ridiculous of things in the name of your children’s interests. My office is now a cricket infirmary because my kid likes lizards. How the hell did we get here?

It’s absurd, yes, but secretly, I love it. Let me explain, lest you get the wrong idea that a box of passed-out insects would make an excellent Christmas present for me. I love that my kids take me with them into exploring things I’d never have delved into otherwise. After all, if I hadn’t been playing cricket nursemaid this afternoon, I’d probably have been working, so it’s a good trade-off. (Sorry, I would’ve had that to you by five o’clock, but our pet’s dinner had a medical emergency.)

Also, if this kind of ridiculous shit didn’t happen from time to time, would I even be living?

But really, please don’t send me a box of dead crickets .