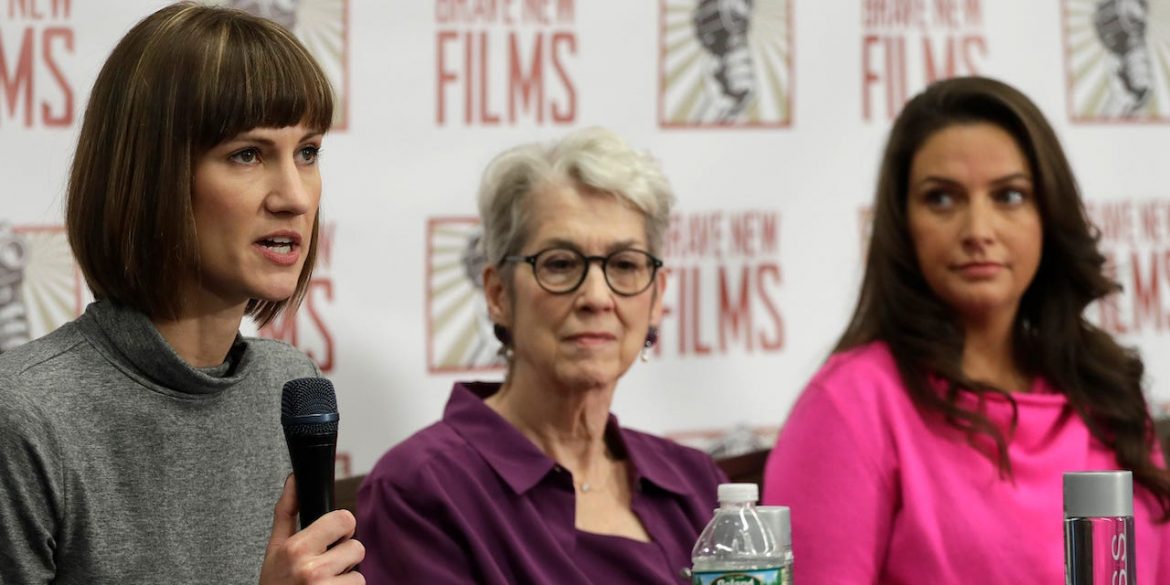 Tara Reade, who has accused Democratic presidential nominee Joe Biden of sexual assault, has been in the spotlight for a while now. I thought I’d weigh in on things because I have many thoughts that you may also be having. I know that if I don’t write them down, I will have to order more boxed wine to be delivered to my door and then I’ll be subjected to a social-distancing intervention by my friends and neighbors.

Here, then, is what I think about Tara Reade, Joe Biden, and the alpha male currently squatting in the Oval Office who drools whenever his daughter walks by:

We wouldn’t have a problem with sexual assault allegations had the Democrats chosen from among the many superbly qualified and un-rapey women who, just a few months ago, were presidential candidates. Just saying.

As a feminist and firm believer in women unless and until they are proven to be lying, I am perplexed. Like Schrödinger’s cat,  (an imaginary cat stuck in a box who is either alive or dead), it’s as if Tara is both a truthful victim who deserves her day in court and a lying manipulator who, for some reason, is trying to get the Rapist-in-Chief re-elected.

I will admit that finding out that Tara stole money from a nonprofit mare rescue organization and her ever-changing story about the circumstances with Joe Biden have made me lean towards the cat being dead. I mean, Tara may be lying, but I believe her story should be investigated.

Why do the media continue to conveniently forget that 25 (or more) women have accused Donald Trump of sexual assault, rape, and harassment?

Is it a math thing? If there are too many names on a list, do we throw our hands up and release a collective, “Meh”?

How do we explain why we seem more willing to jump on supposed “nice guys” like Joe Biden and Al Franken when they do something pervy or weirdly touchy-feely than we are to jump on straight-up sexual assaulters who brag about their conquests like Trump has? Is it because we set the bar higher for those who appear to have our backs, so when they disappoint us we get all mama-bear angry? But then why, when the guys we know are horrible specimens of toxic masculinity commit heinous acts, do we fall back into “What’cha gonna do, am-I-right” mode?

Does this theory explain why I’m more upset with soon-not-be-Senator Susan Collins for supporting douchy sexual assaulter, Brett Kavanaugh than I am with all the men who stood by him, high-fiving him in their minds (the only way to high-five during a pandemic)? Do I hold women to a higher standard than men because I believe vaginas are magical and friendly and follow the Hippocratic oath, “First, do not harm”? I know this isn’t true because of women like Betsy DeVos, Kellyanne Conway, and Belle Gunness (a woman who murdered most of her boyfriends and her two daughters.). But how can you not believe a vagina is the glittery unicorn of genitalia and just has to make those who possess one better people?

On the spectrum of Biden to Trump, where does Bill Clinton fall? And do I still fault Hillary for forgiving him? That sounds like a debate to have with myself during Week 7 of quarantine, perhaps late at night, when I’m battling insomnia.

Although I’m supposedly an adult, can I just have Lucky Charms for dinner? I had a vegetable yesterday.

What if, right now when everyone is distracted by COVID-19, we just declare a woman the winner of the Democratic primary? After all, lies are truth in 2020, right? I don’t care if it’s Warren or Harris or Abrams or Jacinda Ardern (the Prime Minister of New Zealand). Let’s just do some gaslighting of our own and forget about men and their inability to keep it in their pants. And maybe, just maybe, we can also work on gender pay equity, reproductive rights, free day care, and creating a judicial system that punishes sexual assaulters.

I know this has clarified nothing. But I feel better. And a lot more sober.