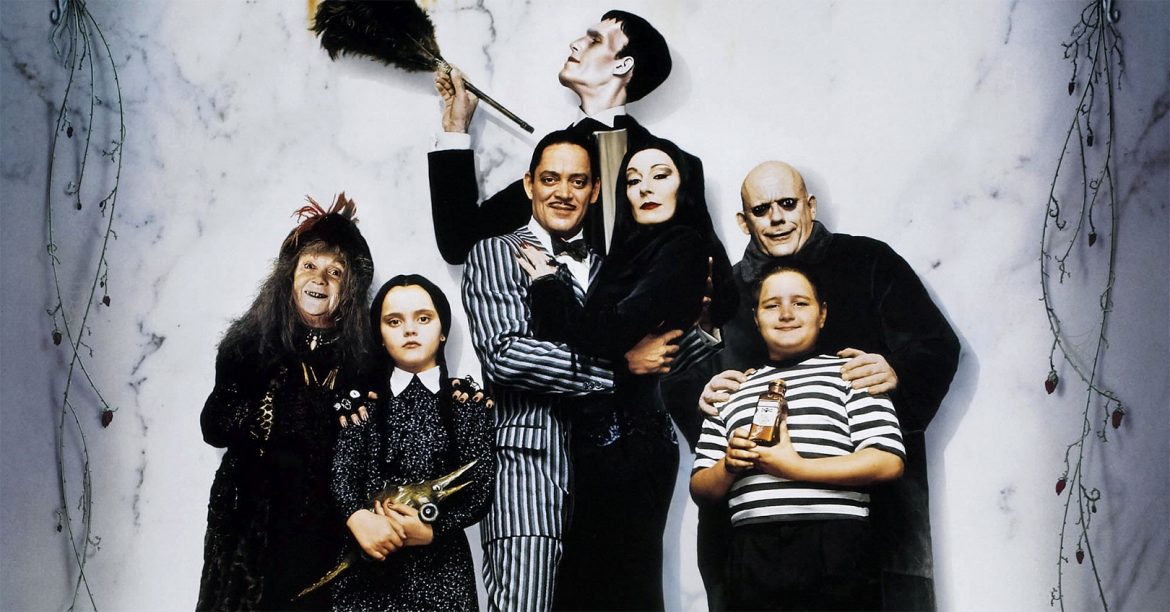 In a wave of “before the world was set on fire” nostalgia, I’ve been re-watching a lot of films I loved as a child. Usually such an activity is fraught with peril, as it turns out many films that came out more than 10 years ago are filled to the brim with sly misogyny and casual racism. In many cases, I’ve only been proved right: Xander in Buffy is a total creep, the women in It’s A Wonderful Life are agency-less and seem to only be there to bring the men more plates of sausages, and that’s before we get onto racial representation.

Sometimes, in these moments of realisation, I wonder just how hard it would be for the writers of these films and TV shows to take a moment to sit and think about what they’ve written. Would the world actually be better if women’s only role is to bring the men more sausages? Really? Surely the world is better when women are shown as they actually are: brilliant, enigmatic, complicated, sometimes awful, sometimes glorious, always fascinating.

Considering this year’s awards season, discussions about representation and tokenism constantly pop up, and for good reason. Whilst many lament calls for better representation and better writing, we are desperate, thirsty even, for un-problematic art. We want to enjoy things without negotiating that niggling doubt that lurks behind so many once beloved films. Ultimately it’s a good thing that we’re feeling all this discomfort, because it means we’re actually moving forward, and hopefully better films will come out of it, and the un-problematic films of the past will become the new classics and Ava Duvernay will be able to make literally whatever she wants because it would probably be great.

Anyway, this aforementioned wave of nostalgia led me to watching two films that somehow don’t make me cringe all these years and Gloria Steinem speeches later. I am, of course, talking about The Addams Family and The Addams Family Values. Both films excel where many films of a similar ilk fail; in its message that not only is being weird fine, it’s also better. It never has a finale that says, “deep down we’re all the same!” nor were any declarations of homogeneity expressed. The Addams Family never tried to hide their weirdness. They just tried to seek out the dark forces and succumb to their will (though only on Wednesdays).

Many people have already observed that one of the most endearing things about The Addams Family is that Gomez and Morticia genuinely love each other. They don’t argue for cheap laughs, and Morticia isn’t this stereotypical my-husband-can’t-do-anything-right kind of wife that is often played on screens over and over again, much to the chagrin of literally everyone who’s ever met a human woman. Many have also noted that it’s a shame this is only really a thing played out in TV shows and films about people who are Weird™. But I digress.

One of the things The Addams Family does is it makes you part of the family by virtue of you being a member of the audience. You’re in their front room, and Thing just poured you a cup of tea (probably laced with cyanide, though). When Wednesday Addams decides to burn the first Thanksgiving to the ground, we cheer and laugh as Amanda, soon to be Harmony in Buffy, is tied up and left with an apple stuffed in her jaw. We are thrilled every time Gomez and Morticia dance, unable to latch their eyes away from each other. Wednesday is a total psycho and Pugsley’s lovable and dumb. A far cry from usual sibling depictions.

Morticia and Debbie share arguably the best scenes of The Addams Family Values: one at Debbie’s mansion, the other at her execution. “You have married Fester, you have destroyed his spirit … all that I can forgive. But Debbie, pastels?” Morticia says, her eyes aglow from the literal beam of moon-like light that follows her around. It’s ICONIC. It’s macabre. It’s a battle of wits between two women who seem to genuinely respect each other’s comparative insanity. Throughout the whole movie, the matriarch and the villain have a bond that says, “the darkness in me recognises the darkness in you,” and hell, hasn’t that been the lesson of the past decade? Hasn’t the media been trying to convince us that there’s nothing to learn from the opposing sides?

The Addams Family tells us different. It says, sure, you can ideologically disagree with someone. You might be a haunted spectre of dark energy, and your enemy might be a pastel pink loving blonde covered in fur, but you can still understand why she wanted Ballerina Barbie and another Mercedes. “Graceful! Delicate!” Debbie yells. Morticia gazes back in recognition.

Morticia and Debbie’s feud reminds us all that there is actually something to learn from those people who are trying to steal your brother-in-law and murder him for the inheritance money. One of the most dangerous things we can do is see the world as black and white, split into “bad guys” and “good guys.” Even though there are some people who have very clearly been villains of the past decade, it’s important to understand that, chances are, they don’t see themselves that way at all. We all see ourselves as the good guys and those people as the bad guys. To someone else, you are those people. Probably, I mean. I don’t know you personally.

So the good news is, there are still films we can watch that were made before the economy was ruined and not have to sit and wonder, “did they know that was racist and sexist or are they just dumb?” Take that, Todd Phillips, who seems to genuinely think that making comedies is impossible now that everyone has “feelings” or whatever. Take that, the Academy, who refused to nominate a single woman for Best Director, even though Greta Gerwig was right there the whole time.

It is entirely possible to make movies about the things we’d rather shy away from. There are so many things that, if we only took the time to peer into their inherent darkness, we could make the un-problematic art that we’ve all been yearning for. This gives me so much hope for the future. If The Addams Family could do it then, why can’t we do it now?