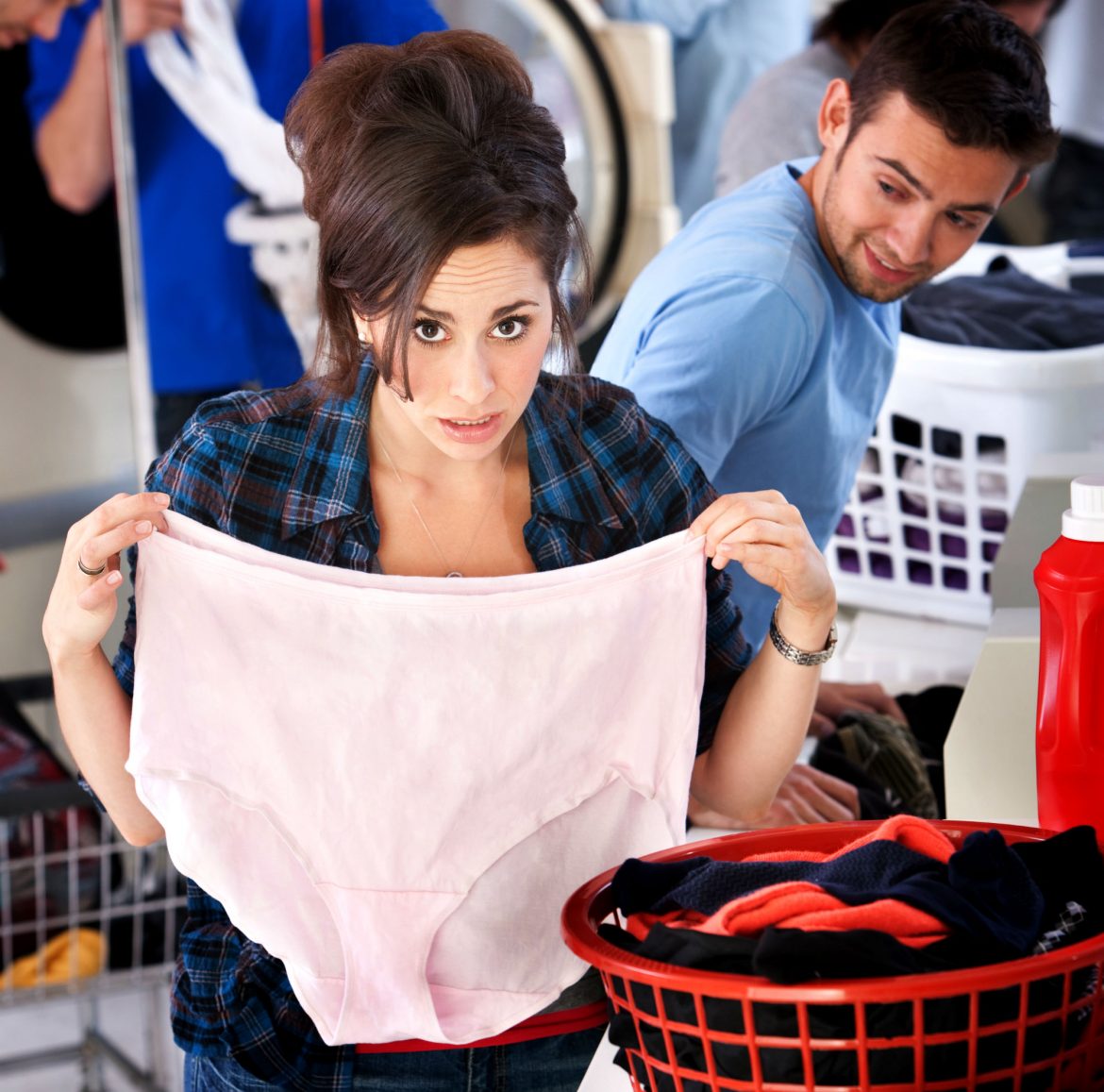 The Battle Between Tighty Whities and Ladies’ Panties

Men’s underwear fulfills the basic purpose of underwear, in that it protects his outer pants from unexpected bodily accidents.  Their underwear, which costs very little, is constructed of a piece of plain, white, serviceable, and comfortable cotton large enough to upholster an ottoman.

There is nothing sexy, or even vaguely appealing about them. Apparently, men feel that during foreplay, once they have gotten undressed as far as their underwear, they have rounded third base. They don’t need a coach waving them in for a home run.

Women’s panties (for some reason ours need a cutesy name), particularly those marketed toward young women, are constructed of a tiny scrap of colored nylon, a few inches of lace, and a string.

Apparently, during foreplay women who have stripped down as far as their underwear still think they need a sacrificial bunt in order to round all the bases and achieve that home run.

Women’s panties are neither serviceable nor comfortable. An entire pair would fit into a demicup with room to spare. Yet for some reason, they cost about five times as much as men’s underwear, while using about a fifth as much fabric.

I read an article about women in another country (which shall remain nameless), who were concerned that their lecherous garbage collectors might ogle their discarded underwear. So a local company developed a panty that would dissolve when stirred into boiling water. Now instead of discarding their worn underwear with the rest of the household garbage, these very modest women drop the newly developed panties into boiling water until they dissolve.

The only other group I can think of which might be interested in purchasing the dissolving underwear would be victims of cannibals who want to hold onto their last shred of decency as they are thrown into the pot.

I wonder how much heat the panties have to be exposed to before they dissolve? Had anyone considered what might happen if an older woman was wearing them? A sudden hot flash may lead to an unexpected and embarrassing wardrobe malfunction.

Before I read that article, it never occurred to me that my garbage collectors might be peering into my garbage bags in search of some erotically stimulating underwear, not that my full-coverage granny panties would provide much of a thrill. Now I cannot stop worrying about it.

The next time I threw out a worn pair of underwear, just to make them less tempting to prying eyes, I first stuffed them into an empty sauerkraut can. Then I filled the can with bacon grease and potato peels. I taped a note to the outside of the garbage bag which said, “Dear garbage man: There are no underpants in this bag, so don’t even bother looking for any. Even if you did find some, they would be those big, white, cotton, granny-style briefs complete with mystery stains and a safety pin holding the worn elastic bag together. I am sure they would not interest you anyway.

P. S. Stay out of the sauerkraut can.

P.P.S.  Just in case you did not heed my warning about that sauerkraut can, that size tag is incorrect. I do not wear, nor have I ever worn size nine underpants. That tag must be sewn in upside down. I customarily wear a size six, in spite of all the empty ice cream cartons and candy wrappers in my garbage. Who asked you anyway?

Not long after that, on a newscast, I heard about a man who robbed a local business while wearing as a disguise a pair of underwear over his head. He wore them sideways so that he could see out of one of the leg holes. The clerk recognized him as one of the local garbage men, which led to his apprehension.

Said the news anchor, “The robber appeared to be wearing a large pair of women’s size nine stained cotton briefs with a safety pin in the waistband.”

“I told you,” I shouted at the TV. “Those are size sixes! That tag is upside down!”

Shoot. Where did I put the phone number of that dissolving underwear manufacturer?