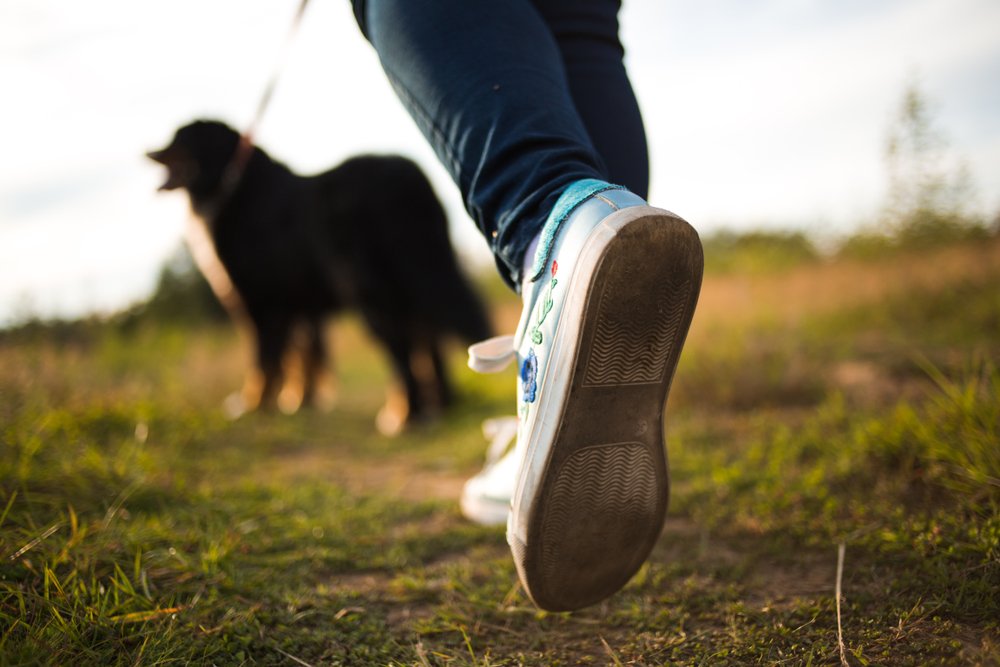 Here comes a guy. What does he want? Is he going to complain about my dogs barking? Does he want money? Ooh, maybe he recognizes me from comedy and wants my autograph. That would be cool.

Why is he looking in my back window? I’ve got nothing to steal. Keep ignoring him. Don’t think about him standing right on the other side of the open rear door.

Hey, why aren’t the dogs barking? They bark at everything from butterflies to unusual cloud formations, but here’s an actual threat and they’re just sitting there, drinking their water.

What did he mean, he wouldn’t be able to say the things he wants to say if I had kids in the car?

Does he not understand that my dogs are my kids? If you wouldn’t say something in front of a toddler, don’t say it in front of my pups! Wait, he’s hitting on me? For heaven’s sake, why? I’m wearing a loose-fitting dog-benefit t-shirt, capris pants and a hat that says “Woof.” What part of that screams, “Now here’s a woman who might want to have sex with a random stranger in the park”?!

Well, my shirt is hot pink. Perhaps that and these dark sunglasses convinced him I’m some kind of super model trying to be incognito while kicking it in the park with her dogs. Yes, I know it’s not about what I’m wearing. But dammit, I’m doing my best to look unattractive today. Did I mention the hat says “Woof”?

Also, I’m 62 and a half years-old! When does this end? Isn’t there an expiration date on sexual harassment? And what is he, like 30? Oh, great! He has a thing for grandmothers! Hey, buddy, I’m nobody’s grandma! Thanks to birth control and a tilted uterus, I will NOT be spending my retirement babysitting.

I should share that cute acronym I just made up with him. Maybe he’ll get embarrassed and go away. Or maybe he’ll get angry and get worked up.

Should I tell him that I haven’t had sex in 12 years? That I’ve probably got tumbleweeds in my vagina at this point? Nah, he’d probably take that as some kind of weird western-themed invitation. Is he drunk? Am I smelling booze on his breath or is it Axe Body spray? Those two things smell so much alike to me.

Does he have a weapon? I don’t see a weapon. What’s in that backpack though? How heavy is that backpack? If I ran at him and knocked him smack in the middle of his chest, I wonder if he’d fall backwards and then get stuck like a turtle on its back long enough for me to hop in the car and drive away.

Hey, there used to be a knitting needle I was donating to Goodwill that fell out of the box and was rolling around on the floor in the back of the car. That would make a great weapon. I bet I could do some damage with that. I sure couldn’t knit with it.

I wonder which of my dogs could protect me best. Probably Murray because he could reach this pervert’s crotchal area easiest.

I wonder if he’d believe this roll of doggy-doo bags is a canister of pepper spray. It’s purple and has pawprints on it, but I could probably sell it as pepper spray. Or… wait, did I throw that full bag away? I’ve always thought a bag full of dog poo might come in handy.

No, buddy, I don’t have a wedding ring. I do, however, still have a pretty good kick-boxing move that I could try on you.

I’ll just keep my head in the car and ignore him. Maybe he’ll get the message. It never worked with my last ex-husband, but maybe he’s not as bad with boundaries as he was.

I’m going to yell the dogs’ names out loud, but I’ll call them Killer, Shredder and the Rock. Maybe that will intimidate him.

Wait, he’s leaving? Wow. Thank you, Universe! I could have done without the reminder that when it comes to staying ever vigilant — as it is with vacuuming and searching for pants with usable pockets — a woman’s job is never done.

And to think I chose this park because I wanted to avoid bears and cougars who might be coming to the river on a hot summer day for a dip and a drink. I think the dogs and I will take our chances with the non-sexually harassing wildlife next time.