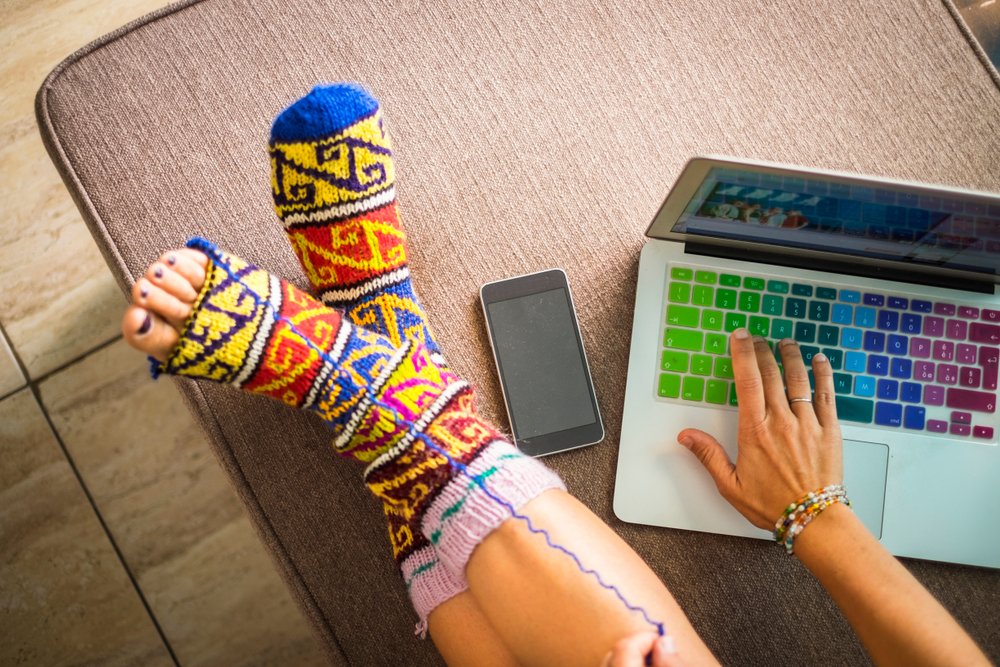 Now that we’re all under house arrest, I mean voluntary isolation, we have two choices: We can spend our time whining and wine-ing, or we can flex our creative muscles and devote these days, weeks, months? to making great art.

I’ve decided to go the direction of the folks dressing up as famous paintings or creating hairstyles of movie characters or writing blues ballads about hairballs for their cats. There’s no time like the endless present to try things that stretch your artistic talent and provide entertainment for the world, right?

Here then, are my creative achievements so far:

So, I took another approach and searched for “most important books by black women” to fight against white male privilege. After reviewing the list, I settled on one of my favorites, The Bluest Eye by Toni Morrison.

Happy with my choice, I got out a pen and a stack paper I’m recycling – most of which has my failed attempts at Coronavirus haikus on the back side:

What day is it now?
I long to touch my own face
And perhaps yours too.

I settled at my dining room table and wrote out – by hand, in cursive – the entire novel. It was quite a feat, believe me. Believe me, there is no better way to catch all the nuances and turns of phrases in great literature than by painstakingly writing something out word for word. I may have polished off 10 lbs. of chocolate in the process, but the accomplishment was worth the calories. The problem is now I have carpal tunnel syndrome, which prevents me from pursuing one of my favorite pastimes… baton twirling (what did you think I was referring to, you kinky kitten?).

Knowing that first responders across the U.S. need face masks to protect themselves as they try to save lives, but also knowing that my attempting to use a sewing machine would end up in certain blood loss (mine), followed by screaming and perhaps hospitalization, I found another artistic solution.

I’ve created a vision board of pictures of facemasks I printed off the internet. Some of them may actually be ski masks, but I’ve been binge-watching Good Girls lately and am into the whole “maybe I’ll rob a bank if things get desperate” vibe. You may scoff and say my glitter glue and fancy scissoring (not what you’re thinking, kinky kitten; I’m home alone!) will solve nothing, but I’m certain that as I sit down next to my antibacterial gel-scented candle and chant my mantra, “Keep them all safe,” I’ll have more of a positive impact than anything Donald Trump has to offer. Plus, did I mention, I used glitter glue?

It took some virtual arm-bending, but I managed to get my family to participate in a Zoom-based poetry slam. It’s mostly just them yelling their usual complaints and criticisms, but with extreme pauses in between random words. “You. Are such a. Disappointment. To all. Of us. You childless. Bitch. Don’t come for. Christmas.” I occasionally accompany them on the bongo drums.

Speaking of musical instruments, I’ve learned to play Wagner’s Götterdämmerung on the kazoo. I usually do this while scrolling through the news on my Twitter feed. Really, nothing quickens the heart like bad news accompanied by a German opera based on Norse mythology about the apocalypse, right? Also, when I was in high school and not allowed to curse, I would often say “Götterdämmerung” and if my parents objected, I’d claim I was just referring to the opera. My dogs are particularly fond of this musical project, frequently adding their searing vocals to my kazoo.

When not yowling, I’ve been able to focus the wiener dogs on film. Together we have re-made 13 animated Disney movies. As the script consultant/director/ producer/gaffer/boom operator/talent manager/costume designer and ball-tosser, I made the choice to remove all cultural appropriation, patriarchal perspectives, and over-sexualization of female characters from each film. We ended up with a total of 7 minutes of usable material, most of it credits. Look for the movie, titled “We’re Not Your Fucking Princesses” on Redbox soon. It is rated X for cursing and some gratuitous violence when one of my dogs expressed her discontent with the patriarchy by using her teeth, something I wish I’d done years ago.

Now, I ask you: What creative things have you been up to?