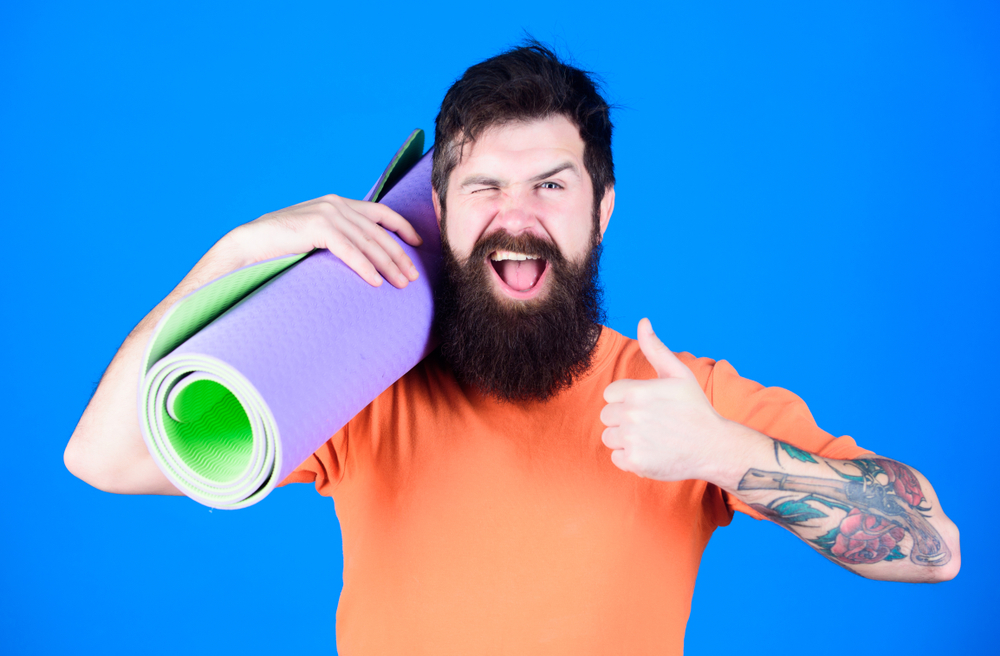 What Kind of Fitness Class Man Are You Dating?

If you’re a single woman in the dating world, chances are you spend far too much time and money working out with overly motivational instructors or vag-bruising stationary cycles. How many times have you found yourself sweating in the middle of a group workout class, wishing you either stayed home or were dead? Or wanting to sue your trainer for pain and injury but you already signed the waiver that nothing is their mother-effing fault? Too many, right?

Sometimes, while sweating away my hard-earned money and valuable time, I imagine that every man I’ve dated embodies a specific type of fitness class. Bear with me here.

The Spin Guy has a group of friends that are extremely loyal to him. You find that super attractive at first and want to give him a try because no one can stop talking about how great he is. So you go out with him despite being a little confused and nervous at first, but then it all begins to make sense. Spin Guy is fun, encouraging, and outgoing. Yet over time, there are a few things you just can’t seem to shake about him.

First, he insists on only doing it in the dark. You were down at first because it made you feel more comfortable, but after a while, it just doesn’t feel genuine when he addresses you by name and compliments how you look – like “Bro, you can’t see me!”

Second, that group of ‘loyal friends’ can be much better be described as more of a cult than anything—they travel in packs, devoutly do as the leader says, and all have matching footwear (umm… hello Heaven’s Gate?)

Third, while you appreciated his physical passion at first, your crotch is constantly sore and the Nicki Minaj’s term, ‘d*ck bicycle’ suddenly hits too close to home.

Lastly, you realize that even though you’re giving your all-out effort with Spin Guy, you feel stagnant in one place and realize you’re never really going anywhere with him… like literally. Also he always says, “Let’s ride” like super seriously and you f*cking hate it like please calm down we’re going to get pizza in your Toyota Corolla not joy ride with Hell’s Angels.

At first, you really appreciated The Yoga Guy’s chill attitude and outlook on life. You found yourself being more present and relaxed when you were around him. But after a while, you felt like you just needed a little something more – so you dropped the Yoga Guy and went for his way better-looking friend Hot Yoga Guy.

You soon realize though that the amount this guy makes you sweat is wrong in so many ways. And if this assh*le tells you to, ‘Breathe and relax’ one more time, you swear you’ll stab him with his crystal collection and choke him with his long hair (which at first you thought was a part of his look, but quickly realized was part of his inability to afford a real haircut because he’s relying on a career as an influencer that soooo isn’t taking off any time soon, so he has no steady income and therefore has hair that falls all the way down his back that you’re weirdly jealous of and makes you feel insecure).

You decide to roll up your mat and leave because this granola-munching mother f*cker ain’t worth smelling like frankincense all the time. (And don’t even get me started on the third variation of this dude: the vegan, veterinarian, and part-time Humane Society volunteer who teaches “Yoga with Goats” as a side hustle).

Ah, the Barre Guy. To be completely honest, this dude is great. He empowers you, he motivates you, and he does these little things that make you push yourself to reach your full potential. You actually love spending time with Barre Guy because he’s constantly hyping you up with his, “YAS QUEENs” and he’s an amazing addition to your girlfriend group.

There’s just one little problem with Barre Guy – there’s like a 99% chance he’s gay. He’s super-polished, and very into aesthetics, and if it weren’t for the fact that you’re sure he’s in the closet when he’s not at the barre, you would have married this man yesterday.

The High Intensity Interval Training Guy is both intense and only available during short intervals. This is one of those relationships that is short-term and or constantly on again and off again. The HIIT Guy provides super intense moments together, followed by longer periods where you’re able to chill again without him.

The thing about these intense moments (where you often find yourself sweating, swearing, and your heart rate is at its max) is that they leave you feeling like you’re about to explode and you cannot wait for them to be over. You start to prefer those longer stretches when you’re apart, but you somehow always manage to convince yourself to go back to him. You question if he’s worth the energy, despite all the great things everyone else has to say about him. And yeah, he’s got a nice bod but at what cost, girlfriend?

Honestly this guy is the worst. Zumba Guy is that dude you met at a bar and thought was super fun at first because he loved to dance to loud music and got you out of your shell to join him. But it didn’t take long before you realized this isn’t Zumba Guy’s Friday night personality – he’s like this all the time. You were into his carefree attitude in the beginning, but eventually decided no amount of energy exertion or listening to Pitbull songs were worth feeling like this much of a spaz. Maybe if things get a little boring, you’ll hit Zumba Guy up on a night out, but as for a long-term relationship? Bye, Zumba Guy!

Basically, all I’m trying to say is you’re in control, find who and what serves you best. Try new things, do your best, and continue treating ClassPass like the dating app of the fitness industry.

Yearly Departed 2.0: What We’re Leaving Behind in...

The Savvy Girl’s Guide to Dating During Lockdown