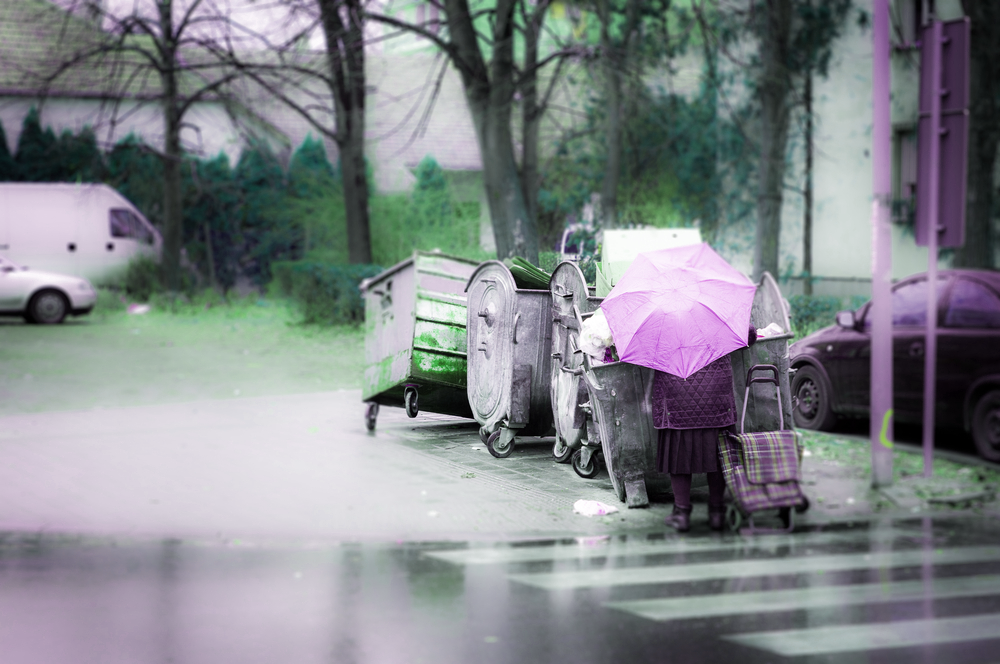 My five children and I live in what I lovingly refer to as, the ghetto. It’s probably not as ghetto as some ghettos but it’s definitely very ghetto for Ottawa. It’s a community housing project that’s mainly inhabited by new immigrants, refugees, women who fled abuse (like me), people who were formerly homeless (like me too) or people who are on social assistance (like me three).

I mean really, who needs to watch soap operas when you live in the ghetto? Just relax, put your feet up on a lawn chair, sip some lemonade and watch the fireworks around you. It can be very entertaining.

Our backyard isn’t the most private in the world and is exposed through an open chain link fence. The neighbor gets a hell of a diamond pattern suntan from being passed out up against it sometimes. When we hang out in our backyard, we see and hear everything going on around us and everyone sees us. Unfortunately, my neighbors love to barbecue in the nude. I try not to provide too much entertainment for others.

People have been known to shoot at one another in the parking lot, thankfully not often, but it does happen from time to time. Some people also do drug deals there. They pull up alongside each other and transfer things through rolled down windows. Other times they just slip things between themselves, hand to hand. You know when they’re holding hands, it’s not about a brief moment of shared affection, unless you consider their shared love of illegal substances a kind of affection.

Our view from the kitchen is of this very lively parking lot – there are cars (obviously) and garbage – lots of it!

We’re situated near the dumpster, which is very convenient when you need to take the trash out; we’re just a hop, skip and a jump away.

I can eat breakfast and, if the window’s open, I can throw my trash away without getting up from the table. But some people actually have to lug their refuse all the way across the hood to access the dumpster. Most people can’t be bothered to make such a strenuous effort, so they just borrow the shopping carts from the store across the street, load their garbage bags into them and push them to the dumpster. It seems that not everyone has the best aim either because a great majority of the garbage ends up littering the road.

The kids can make garbage “snow forts” all year round.

Sometimes the kids play by sitting in the shopping carts and seeing how fast they can push one another through the lot. Often the carts pile up around the ghetto to the point where city workers have to collect them and return them to their rightful home. If we had Wi-Fi, we could turn it into some kind of find-your-missing-cart app.

I’ve overheard many upset conversations back there too! Including family feuds, grumpy neighbor disputes – violent ones –  lovers’ quarrels and children fighting (verbally and physically). I have intervened in the past in some of the disputes, trying to act as a mediator and even as translator for those who prefer to fight in French, rather than English.

It’s that time of year again, when the buds are popping out on the trees and colors are bursting forth after a seemingly endless season of blistering cold, snow and more snow.  I was clearing out the rubbish that had collected up over the winter and finally defrosted in the backyard. As I bent down to pick up the many candy wrappers, papers and odds and ends that were scattered round, I thought about what flowers I could plant.

I have a collection of second-hand pots and concrete blocks that I saved from the trash and use as makeshift planters. I still haven’t figured out what to plant this year but I’m wondering if there are any bullet-proof vines that would offer both safety and privacy?