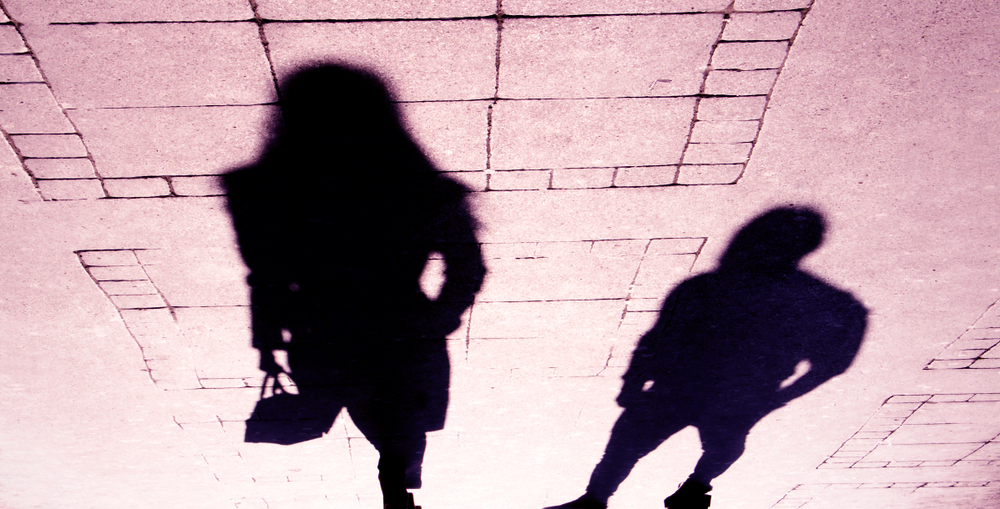 Marie Laguerre was walking past a bistro when a man on the street began shouting obscenities at her.

She told him to shut up.

He walked up to a table at the bistro, grabbed an ashtray and threw it at her.

Luckily, his aim was as bad as his respect of boundaries, so it didn’t hit her.

The man then approached her and slapped her, knocking her off balance.

It was all captured by security cameras. The owner of the bistro made the footage available to help support the complaint Marie filed against the man. If you watch the video, you can see that the customers didn’t immediately react, except for one, who caught my eye immediately.

A very chivalrous man saw what happened with the ashtray and immediately took flight, after putting on his glasses with extreme grace and care of course, like a reverse Clark Kent. He saw the slap, and in a flash, he leaped from his seat to catch the assailant. Also, while taking flight he managed to grab a chair and chase the harasser. He is a legend.

But Marie is the real heroine of this story.

When faced with the aggressive acts and insults we all know too well, and usually try to ignore and move on, she reacted. When she saw this savage (attacker doesn’t seem strong enough) she went up to him, stood her ground and stared him down like she was engaging her own super powers.

The bistro customers finally got up to help her. But it was like they were late to the party. These things tend to happen quickly. Looks, insults, catcalls, uninvited gestures, ashtrays, you name it. But they stick with you long after. They can hang on for years and leave you feeling guilty even if you had allowed yourself to tell someone to “shut up”.

For example, a random guy grabbed my ass once. It wasn’t an accident.

The problem was that I was young, I was a child. And as a child, you don’t know what you’re supposed to do. I don’t remember having the “What happens when a stranger grabs your ass” lecture from my parents.

I didn’t know what to do. Back then I was wild, so I left my friends and ran after this guy hoping to smack the shit out of him. But these were misdirected, ineffective blows and I looked like a tiny windmill.

I hit him and shouted “What’s your problem? You disgusting asshole!”

This went on until my friend grabbed my arm, pulled me away and told me I was acting crazy.

To this day I can remember that man’s face as I hit him; I swear he was smiling.

The same thing happened to me on the subway, but I didn’t respond.

Another time some guy managed to slip his hand up my skirt at a concert and I have no idea how he did it.

Once on the train a man sat next to me the entire way, with his arm resting on the armrest so that it was at the same height as my breast. When I moved, he moved. I thought he wasn’t doing it on purpose. Then right before passing him as I left the train, he asked me for my phone number.

He had to be 70 years-old and would have probably had to use an oxygen tank had his hand actually brushed up against my breast.

There have been so many stories like this, many that I don’t even want to remember, but it’s worth noting that they didn’t just happen when I was young.

The guy that I slapped was not the first of this type of thing, but it was clearly the worst when it comes to how it affected me. Not only for what he did, but for the terrible sense of shame that came after. Once I was able to tell the story, the phrase “you shouldn’t have gone out alone” left me feeling dirty and embarrassed.

I didn’t start to feel afraid because I grew up and become more cautious as an adult. It wasn’t even because of the reaction of the guy I slapped. I became fearful because after I reacted, nobody said “You did the right thing.” No one’s first reaction was “It’s not your fault”.

The most empathy I was shown was “you shouldn’t have been by yourself,” meaning I needed someone to defend me.

This is why I started to be afraid.

This is why the guy that grabbed my ass laughed while I slapped him. Because he knew that deep down it was my fault that I had an ass and that I let myself go out alone.

But he probably also laughed because I’m uncoordinated when I’m upset and look more like a comedy sketch than someone defending herself.

We are now living in an era where women are starting to speak up, stand up, pick up the damn ashtray and confront the guy who threw it.

And if I should run into that guy on the bus when I was a child again, God forbid, I won’t be thinking “it was my own damned fault for possessing an ass and letting it be seen in public” or about the sarcastic smile of my attacker.

I will think of reverse Clark Kent who followed that guy without even thinking… and the woman who yelled “Shut up!”