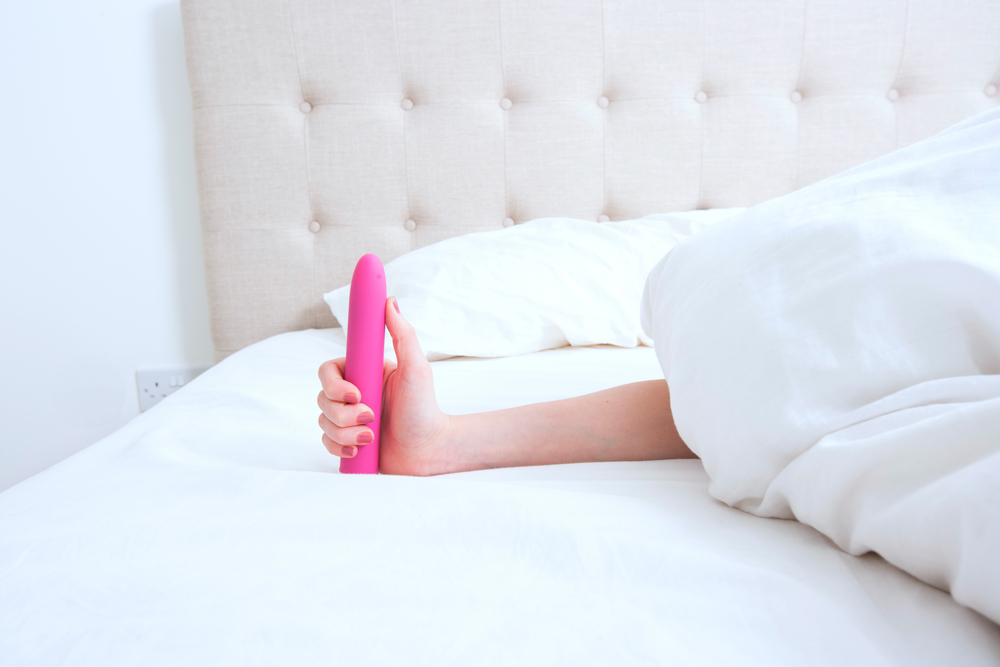 This is a very good holiday – and this year an important one.

This is probably not shocking for those of you who’ve been women all your lives. But for me, having transitioned only four years ago, this need for an external device was not something I’d ever really thought about prior to gender affirmation surgery.

Me: “Now the warranty has expired.”

We went on like this for a while: me, making excuses, and Sara being 100% sure that even if she drank a magnum of pinot, she’d still think I was pathetic.

And she was right: even after a night of drinking, I still hadn’t masturbated.

Two days later, Sara accompanied/ dragged me to Eva’s Boutique. Eva’s Boutique, if you are not aware, is a new type of adult toy store. So new, in fact, they call it a “lovers’ shopping experience.” The stores are brightly lit, with giant windows, sunlight allowed to pour into the store. I found this surprising.

In my day, adult stores had foot-thick concrete walls to prevent your shame from oozing out from around the door frame. At Eva’s, however, everyone is happy to be there. The employees even have I.D. tags with their own names on them, like “Rachel,” “Sade,” and “Tyler.”  It is very clear they feel they don’t have to make excuses about where they work or create lies about why their skin is white from being in a blackened, pornographic tomb all day. (Although in  Oregon, we all look that way.)

OK, I did not actually say anything about a stick. The rest, however, is verbatim, including the exclamation points that indicate that I was talking incredibly loudly. Rachel smiled, as it did Sade, Tyler, and six other people in the store.

“It even has my middle name!” I told Rachel, Sara, and eastern Lane County. “It’s like I’m screwing myself! How meta!”

I couldn’t wait to whip out my new toy for a test drive later that day. I’ll admit, at first I really didn’t know what I was doing. The whole thing was rather unwieldy, and quite frankly rougher than I thought it would be. Knowing Sara had more experience with these kinds of things, I called her for advice.