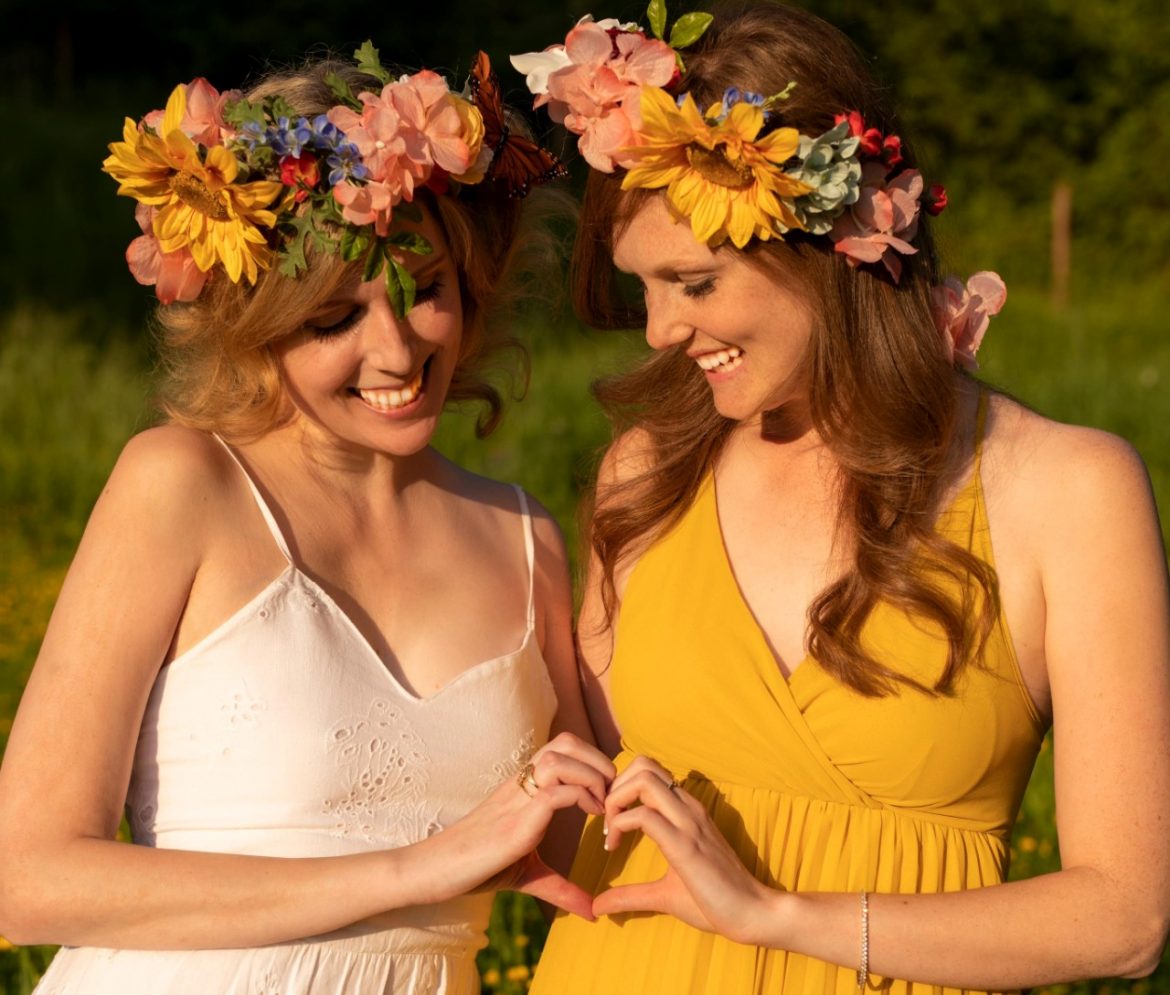 Not the Best Way to Find Out You Have Cancer

written by Kelly Benson May 19, 2020
FacebookTwitterPinterestEmail

Something happens in people’s eyes after you share really, really, bad news with them. After the initial shock, you can almost see yourself moved in their internal relationship Rolodex from “flashy drinking buddy” or “designated shoulder to cry on” to the same section as bitter divorcees, senior citizens in assisted living, or joyless folks that have recently been laid off. In this section, what I call the pity encampment, Salvador Dali’s melting clocks litter the landscape and off-key Creed ballads play forever on repeat. That’s where my story begins…

The Curse of the Middle Child

As a child, I developed the classic cognitive dissonance associated with the Curse of the Middle Child. I can never receive enough attention or praise, but simultaneously crave gloomy alone time to cultivate my own tragic world and wallow in the chicest of self-pities. As the second of three daughters, I alone know the anguish of being the victim of younger sister hazing and the unhealthy satisfaction of perpetrating that learned torture upon a younger sister once my turn came along.

To me, there was no greater affirmation than hearing about my older sister Cori’s pioneering achievements or how much baby Allie has grown because in my deranged and dramatic mind, this was further evidence that I was easily forgotten, which became fertile ground to grow the injustice I wanted to believe existed. I was a poor captive bird forgotten in a back room. I loved being the lonely-but-lovely Cinderella and my two evil sisters could. just. never. understand *dramatically placing the back of my hand against my forehead and sighing loudly.*

My life itself delivered drama of its own.

By age 10, I had already spent more time in the hospital than my entire family had in their lives, combined. There always seemed to be something wrong and whatever ailment I was currently suffering from would pass over my sisters and chose only me. (Lucky me! I should buy lottery tickets!) Every time I saw a doctor, they would discover something new, and then the specialist that they referred me to would find something else new, and so on. I was like a medical version of Where’s Waldo. In a depressing way, this endless cycle of bad news and worst-case scenarios readied me for my stage four cancer diagnosis seven years ago.

Obviously, there is no good way to find out you have cancer, but maybe there are better ways than others to soften that blow. I’m thinking cancer fortune cookies or a message spelled out in chocolate.

I can say with absolute certainty that I found out in one of the worst ways possible.

I was scheduled for surgery in March 2012, but before I could go under the knife, I needed several iron infusions because my body doesn’t prioritize blood production as much as I’d like it to. I was slightly anxious before each appointment because my hematologist’s office (blood doctor) was located within the cancer center of the hospital and the iron infusions took place in-between cubicles of patients receiving their chemotherapy treatments. The only upside to these appointments was getting to see an old co-worker of mine named K, who by a strange coincidence happened to now work there as a receptionist.

For the most part, the surgery went smoothly, the only hiccup was that they found a few strange bumps on my liver, which they assured me were benign but would be biopsied just in case. A month later at my post-op, the surgeon informed me, in a 30-second monotone exchange before she had to see her next patient, that “Those bumps turned out to be metastatic carcinoid tumors, so this is over my head. You’ll need to make an appointment with an oncologist.” I half laughed because of course the surgeon had found something new. I mentally rolled my eyes because I was preparing for this new doctor to find yet another issue for me to deal with.

Despite the fact that my doctor said “oncology” and I wrote down “oncology” in my planner, I was confusing it for “urology” (aka, a urinary issue of some sort). I couldn’t remember the liver being part of the urinary tract, but it had been years since my high school anatomy class, so I just went with it. A nurse called the oncology clinic for me and I could hear her say my birthdate and then my name into the receiver. She then repeatedly told the person on the other line that this was a first-time oncology appointment not for hematology and then hung up.

The nurse told me that I already knew where the oncology clinic was, to which I said I didn’t. She said that she had just spoken to a friend of mine who made the appointment. So, I cheerily replied “Oh K! That’s so funny! I know where that is!” I couldn’t believe how cheap the hospital’s funding must have been to cram hematology, the cancer center and now the urology clinic all in the same small area!

I had a follow-up visit with my hematologist an hour later, so I called my mom to complain about this new health problem I now had to deal with and how I wished I had an excuse to get out of having to go back to work that day. My mom went silent when I mentioned what I had just been told, but I reassured her that the surgeon didn’t give me the feeling that I needed to make a big deal out of it, so all was well, and I was off to get a sandwich before my blood check-up.

I may be sick, but I’m always hungry.

My hematologist let me know my blood levels were completely normal for the first time in years and asked how my energy levels were. I told her that I felt like crap all the time, a 4-hour retail shift made me feel like I was going to die, and I had to sit on the bathroom floor to dry my hair or I’d get too tired. She said that may be because of the new information in my chart, then mentioned that my recent weight loss could probably be attributed to these new developments as well. She said that she would go see if she could find my oncologist to give me more information because I was already there and probably needed answers now. I didn’t think it was necessary, but she insisted. While she was gone, K texted me that she was just a couple doors down and to come see her before I left.

The doctor came back alone and said my oncologist wasn’t in the building, but she could let me know to expect 8 or 9 different labs and tests to find out where the tumors originated and where else they have spread, and then surgery to remove the tumors once they determined where they were. She asked if anyone would be available to come with me to my first oncology appointment ‘because it can be a lot for some people.’ I said my mom could probably take off work and take notes for me. Still confused about how a urinary issue was causing all this trouble, I just rolled my eyes and laughed. In hindsight, she probably thought I was hysterical. I thanked her for trying to find the doctor for me and went to the scheduling office to say hi to K.

The first thing K asked me was how I was doing. I said, “Fine. Just pissed that I have to go to work now.”

She said that she was the one who made the appointment, and when she had heard my birthdate, she  thought “Oh no, another young person,” and her heart sank when she heard my name. I shrugged and said, “Yeah, yeah enough with the dramatics, why make a big deal out of my urinary tract?”

Then she said “Kelly, I am so sorry, it’s cancer.”

I literally had an out-of-body experience at that very moment – and not the fun kind you see in the movies where you can spy on all your friends. Then I realized I was in the cancer center, duh, oncology, cancer, oncology, duh. I got really scared. K said “Oh my god, they didn’t tell you? Oh my god, I can’t believe I’m the one who told you. Wow, all of the blood just rushed to your face.”

This was the first time anyone had said the C-word. I knew tumors could be benign. If they were cancerous wouldn’t the surgeon, the nurse, the hematologist, anyone have said ‘cancer’? A couple minutes later I was sitting at a picnic table with K while she smoked a cigarette and told me I was handling it very well and that she’s seen some really great wigs.

All in all,  it wasn’t the gentlest way to find out I had cancer. But I HAVE always wanted to know what I’d look like as a redhead. 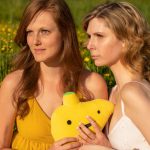 NEXT: Read about my cancer diagnosis through my sister’s eyes.

Oh, By the Way, It’s Cancer by Alex Benson

Imposter Syndrome: Why Don’t I Have a Stalker?

Trigger Warning: You Are About to Hear from...