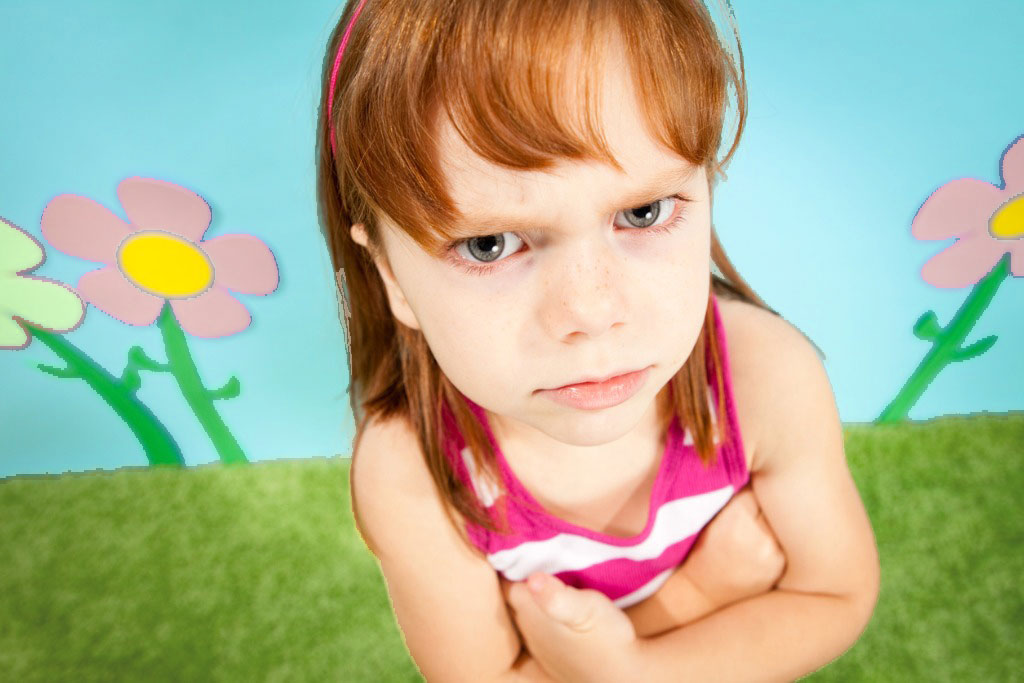 The Pleasure of Parenthood – Where’s My Manual?

My daughter was conceived during a joyful weekend in Montreal, and born at the speed of light on a sunny day in late January. We almost didn’t make it to the hospital. At age one, instead of crawling, she scooted around on her butt like a crazed guinea pig, chasing her older brother.

At age three, she would throw uncontrollable temper tantrums because her clothes itched, or she didn’t like her coat.

She would climb into the bathtub in the evening, bent on vomiting up all the rage and agitation that accumulated in her tiny body throughout the day, and yell at me in Slovak: “Mama, you are disgusting, ugly and stupid!!”  If I tried to shout back, she would just get more hysterical; if I tried to leave the bathroom, she would scream and beg me to stay. I had to sit quietly on the floor, under the sink, while she raged for what felt like an eternity. These tantrums were not actually connected to any event, I’m convinced they were just a manifestation of the genes from my ranting mother-in-law from Bratislava.

Once she used the equivalent of the c-word in Slovak. It came at the end of a string of much lighter insults. I’d been biding my time, wishing it were over, and then I heard her say the word. And I lost it. I started laughing uncontrollably. It was just so absurd for my 3-year-old, golden-haired toddler to be calling me a c—t. Yikes. She heard it from her father and all the other men who were ever in our house. Like the F-bomb here, it’s diluted from overuse, almost devoid of meaning anymore.

I often wonder why, when you’re pregnant, no one tells you that your children will challenge you more than 99% of the other people in your life.

Yeah, your children can smell the burning rope when you’re at the end of it. When you’re so tired you can’t see so you lie down for 10 minutes. And just as you’re drifting into that whipped-cream land of afternoon sleep, you hear it.

Someone is down the hall hyperventilating and whimpering while running the water. You drag yourself out of bed and go investigate. A trail of blood starts in the sink and leads to a gash on your son’s thumb. You are frantic and without a first aid kit (what a bad mother). You put a towel on his thumb and tell him to squeeze while you look for a bandage, some gauze, anything. There’s nothing. So, you give him a sanitary napkin. Then you run downstairs to find an ice pack, to keep it cold, in case the thumb is actually detached (you were too terrified to look).

In the freezer there is nothing but an empty ice tray and a lump of sheep’s milk cheese in a plastic bag, but no ice pack. You curse yourself for not reading What to Expect the First Year and then grab the sheep’s cheese and a plastic bag.  You wrap up his thumb with the lump of iced cheese and the menstrual supplies, grab his three-year-old sister who’s still in her snowsuit, and throw them in the car. Now officially in crisis management mode, you speed up the hill to the hospital.

As you’re navigating the wet road, it occurs to you that you have no idea what happened.

“Umm, I was sawing something.”

“Yeah. It slipped, and I sawed my thumb. I don’t think it’s down to the bone.”

The road is barely visible in front of you. You squeeze your abdominals to stay calm and pray there will be a free parking space at the one children’s hospital for 100 miles. You are grateful the little princess hasn’t chosen this moment to throw a code orange nuclear fit.

When you arrive, the nurse comes shuffling up to the waiting room: “OK, what have we got?” she asks surveying the eager patients. She goes through one or two and then gets to us.

“He cut his finger with a saw” I say, matter-of-factly. She rolls her eyes and ushers us into the doctor’s room right away. She’s joined by another nurse and they begin to dismantle my makeshift wound dressing.

One of them peels off the plastic bag and discovers the sanitary pad. “A sanitary napkin? Hmm, okay, that does the job.”

The other nurse gets to the next layer and discovers it’s made of cheese: “What is this, sheep cheese?” she asks with a straight face. I just keep saying yes, over and over. “Well, they say to use whatever you have.” These women are goddesses of empathy and tolerance. I am stunned. They must have truly seen everything by now, like some Eastern European versions of Nurse Jackie without the opioid habit. They clean his wounded thumb, which turns out not to have been severed in two or sliced down to the bone. Then they tape it up – no stitches!

Over the years I’ve learned to keep myself under control.

Like when my son, the athlete, has an injury and can’t work out. He gets so depressed that he watches YouTube testosterone-filled talk shows non-stop and then yells that I’m the reason he doesn’t have a driver’s license (he’s 20 and hasn’t bothered to schedule the test!).

I realize that arguing with him will get me nowhere because it’s the holidays and he is on the verge of tears, bereft, endorphin-less and hasn’t seen his girlfriend in two and a half weeks.

I have learned to keep myself under control when my daughter (who’s now 17) has fits that have morphed from bathtub swearing sessions into standing in front of the mirror and yelling that she’s fat. She’s 5’7”, 128 pounds and looks like Claudia Schiffer. No matter how absurd her claims, I realize that reacting can bring no good whatsoever.

I don’t think one truly evolves into a wise, older human being until one realizes that there is no manual for children.

There’s just you, your brain, and your pimply teenager, one of you averaging six moods an hour and the other wondering if it isn’t time for that cocktail yet.