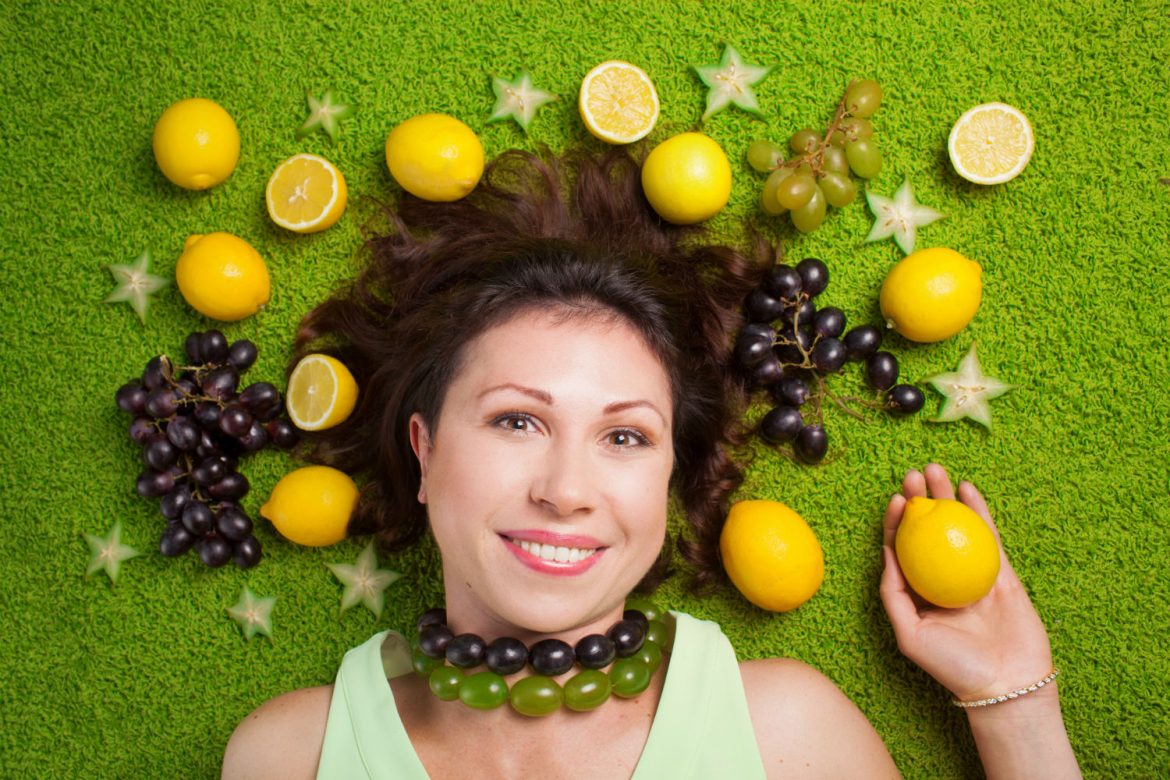 The Scent of a Woman is Now Fruit Salad

According to researchers, scents have a powerful effect on the libido. Years ago, the scent of a woman was apt to be roses, lilacs, lilies, or lavender. These days, it is more likely to be pears, melons, cucumber, and avocado. Hair care products come in kiwi, grape, coconut, and blueberry. Balms soothe the lips with raspberry, cucumber, and tropical fruit blends. Body sprays mist the skin with the aroma of strawberries, mangoes, and assorted citrus fruits.

Who thought that would be a good idea?

When I cashed in a gift certificate for a makeover and kit of beauty products, I expected to come away smelling like a floral garden. Instead, I am now enveloped in the aromatic fog reminiscent of the produce section at my local grocery store.

By the end of a day in the hot sun, I begin to smell like that once-fresh produce that got pushed to the back of the “crisper drawer” in the refrigerator for so long that it is now an unrecognizable blob of slimy, rotted, stinking produce resembling the earliest form of life on earth. Is it celery or an orange? Who knows?

By the way, at my house, we call that refrigerator section the “rotter drawer,” because it is where fresh produce (bought with good and healthy intentions) goes to die a lingering death.

Apparently, the beauty industry thinks that men will find me irresistible with a cloud of fruit flies buzzing around my coconut-scented hair.

I had to stop visiting the zoo because the monkeys caught a whiff of my banana-scented sunscreen and were so overcome with desire that they stopped throwing their own feces and began self-gratifying themselves while following me from one end of the primate habitat to the other.

For those who prefer to smell like more complex aromas, one company offers what they call, “cookbook packages,” which include the scents of desserts and candies. Some of their hair care products smell irresistibly like coconut cream pie, strawberry milkshake, banana nut bread, and chocolate chip cookies. And they have a nail polish that smells like peanut butter. Ahhh, now we’re speaking my language.

While I was eager to fill my makeup kit with these free sensual delights at first, I have put on 12 pounds.

Maybe the researchers are onto something, though. I’m a firm believer in the awesome power of pheromones as they relate to sexual attraction.

Many years ago, when I got my first whiff of my high school boyfriend, I was instantly consumed by desire. Later I discovered that it was just due to the stale, squashed M&Ms which were stuck to the bottom of his shoe. As far as I am concerned, had we married, that could be considered fraud, and thus grounds for annulment.

Once he scraped them off, he had about as much sex appeal as one of the figures in Madame Tussaud’s wax museum. I refused to attend the prom with him unless he agreed to wear a necklace made of M&Ms strung on a licorice vine.

I guess I’m an old-fashioned girl. I’d rather eat my produce and dessert than smell like them.