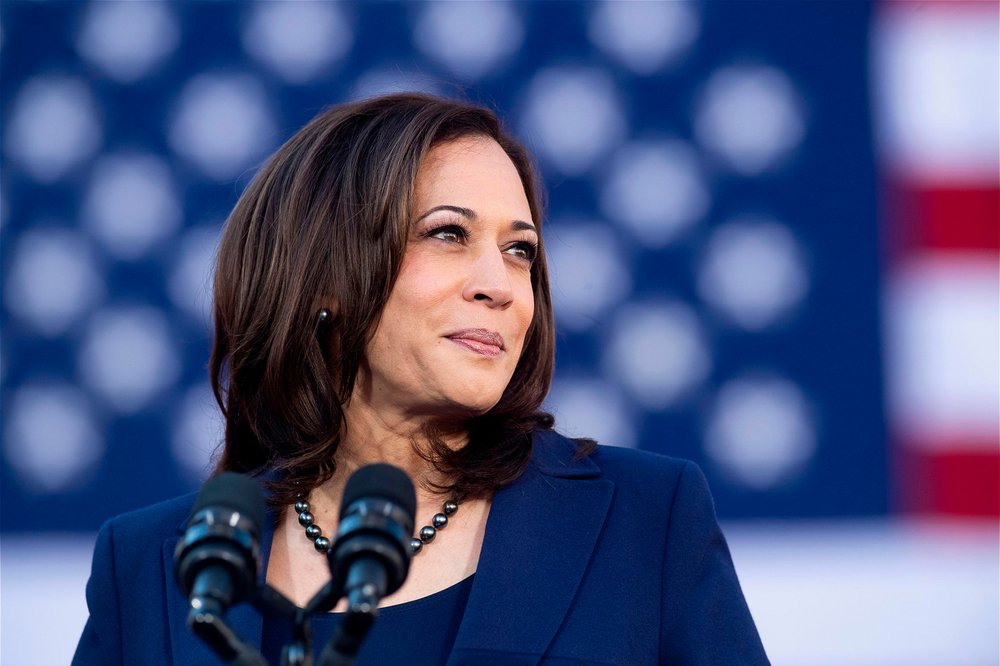 Un-president-ed in 2020: the Agony, the Tweets and the Silver Lining

“But while I may be the first woman in this office, I will not be the last. Because every little girl, watching tonight sees that this is a country of possibilities. And to the children of our country, regardless of your gender. Our country has sent you a clear message: dream with ambition, lead with conviction and see yourselves in a way that others may not simply because they’ve never seen it before…”

Pretty girls. That’s what we call ourselves as members of Alpha Kappa Alpha Sorority, Inc., the first African American sorority comprising the National Panhellenic Council, founded in 1908. Kamala Harris, beaming ear to ear with her signature smile, donned her AKA-esque pearl earrings and an elegant suffragette white pants suit as the first-ever American female vice president-elect. She represents progress and pride. I think we all stood a little taller and prouder on Saturday, flying high in hope on Sunday, which was a drastic change from the frazzled bad hair week we all traipsed through leading up to the race results.

As if 2020 couldn’t get any worse, we were enveloped in the greatest wait of our lifetime: the battle for leadership in our nation. Based on the past events of the last four years–not to mention the last seven months–in my mind, we faced a blue surfer’s wave of a victory to celebrate at approximately 11 p.m. EST on Tuesday, November 3. At least, that’s how events took place in 2008 and 2012. I went to work, headed home to relax and then met friends around 8 p.m. to socialize and celebrate each grand finale. Ironically enough, I was in Nevada for the results in 2008 and North Carolina for the results in 2012.

How could I forget? It was the preview none of us paid to watch. It was the pesky ad we couldn’t fast forward on the DVR. Everyone I talked to for some reason didn’t go out that night, including me! We were all at home, exhausted from the wear and tear of campaign season, the foreshadowing of the tumultuous time we call present day. I remember dozing off around midnight and feeling uneasy, hoping for the best but something seemed shaky.

I didn’t sleep very well that night; my shoulders shot up abruptly when my time for work alarm alerted me to awaken. I don’t remember if I checked my phone or turned on my television for the results but the day was foggy, figuratively and literally. I was in Boston and thank goodness our state had its head on straight but I couldn’t believe the majority of Americans took such a drastic leap in another direction. It was doom and gloom, alright. My sweet co-worker’s crystal blue eyes filled with tears as we sat down to start the day.

This kind of makes me chuckle because his catchphrases crack me up. Despite the turmoil we’ve endured, no one can say they haven’t been highly amused by the outbursts, the tweets, the whining, the false accusations. The list goes on for days; make that years. Now, we can add flailing lawsuits to the myriad of madness. Fake news? How insulting for journalists who go to J-school, agreeing to the understood oath of rules to abide by, anxiously checking grammar and spelling, working to make words count objectively and fairly.

One word we can all agree on for 2020: unprecedented.

Scratch that! We’ve been un-president-ed!

We’ve been un-president-ed for four years and for four to five days, depending on one’s time zone and hazy recollection; we were un-president-ed as states continued–and by the way–still continue to count the most cast ballots ever received for a presidential candidate. Lots of history being made and God bless America but geez! I’m exhausted! “Sad.” “Huge.” “Big.” All of those things.

I’m still wondering why the numbers are so close in the first place? It reminds me of the first and last time I sat in the middle seat of that tiny pre-COVID-19 plane, sandwiched in between a husband and wife with facemasks they’d only lift in order to take quick bites from their lunchtime wraps. I was petrified! It reminds me of taking the train in Manhattan and counting every eyelash on this one woman’s face as our cheeks squished during an a.m. commute. I was uncomfy! It reminds me of my cousin’s sixth birthday party when I attempted the limbo and didn’t quite make the cut. I was mortified!

Every night since last Tuesday, I tried to sleep, but Georgia was my mind. Queen Stacey Abrams reigned there and she didn’t let up, helping to rake in more than 2.4 million votes for Biden, still fired up from her run for governor. I twisted back to Nevada, reminiscing of my seven years there, recalling vividly how quickly money and chips were counted, how efficient the slot machines operated but how slowly these Vegas votes are slithering through the desert heat. Does Nevada not want to be the one to face litigation? Did she get lost in the casino with no windows and unlimited drinks? Where is Nevada? Is she in West Coast chill mode?

Turning in mid-dream/nightmare fashion, maybe that’s the heart of what’s happening in North Carolina. People say things move a lot slower in the South. Is her drawl too thick to decipher the first time around? Did she drift into a sweet tea coma? Did she get lost in the Blue Ridge Mountains? Did her mama and daddy forbid her from going to the fall formal? Is she depressed? Is she down? Did she eat too many gravy biscuits? Maybe they made her sluggish.

As I thought about food and how tasty hush puppies and fried green tomatoes would be, I headed back downstairs to the fridge for yet another stress snack, eating my uncertainties away while simultaneously belly laughing, my mind a flow with parody memes and videos. I was down to Bid-en my toenails! I even purchased a blue dry erase marker to fill in the remaining 17 electoral votes on the tv screen. They needed a boost! Was this a frozen Zoom call or what?! Many people compared the week to Ramis and Rubin’s “Groundhog Day” We needed some type of substantial update to quench our collective thirst and prepare for the next four years. What should we have prepared to add to our grocery delivery lists if Trump won again? More toilet paper? Root spray for looming grays? Hand sanitizer? Tissue for crying as we continue trudging through this infinite tunnel of human hibernation?

2020, you got me. Random red sheep invaded my dreams but through it all, I made what Wendy Williams endearingly calls a “best friend in my head.” Her name is Pennsylvania and she’s a beauty! She motivated me to pull out those sneakers for a walk around the block in solidarity with the circles of the ballot voting process which finally brought us to the pretty finish, it was worth the wait. Together, we will soar in gorgeous style, unity and grace! Don’t forget your heels!