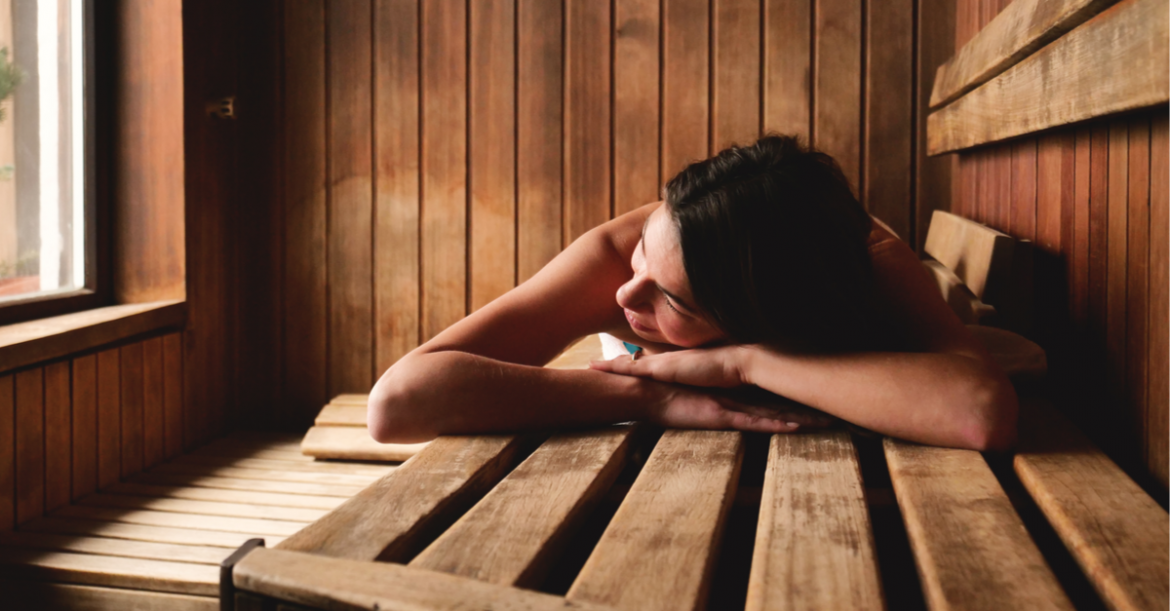 You’re Not Finnish-ed till You’ve Had a Sauna

Whoever came up with the decree, “When in Rome, do as the Romans do” has obviously never found themselves sitting by a roaring wood-fired furnace in a Finnish sauna, slapping wet birch leaves on their arms while sweating enough water and salt to supply the French army for a year.

Not that it wasn’t fun –

in the way that planning a formal dinner party for 75 and shopping six days straight because you keep forgetting things like your cell phone (twice) and wallet (once), and making all the food including appetizers in the shape of the Eiffel Tower and Abraham Lincoln and sewing 12 matching table cloths from fabric that cost approximately as much as a new car, and collecting wild flowers (to which you are highly allergic) for centerpieces, then placing them one by one in hand-painted jars alongside hand-dipped candles (both made by you) and creating original games with prizes you fashion from buttons and burlap and silver glitter that remains in your carpet until the day you die, and washing dishes and napkins by hand because the dish washer breaks the day of the party, all of which is so expensive (including the dish washer repair), that you have to create a GoFundMe page to finance the whole shebang–might be considered fun.

We were in Finland visiting friends of 50+ years. Now that I think about it, fear of sauna was probably why we had avoided the country for so long.

Now, I am not going to say that having a sauna was the worst experience of my life and not just because I know our hosts will read this and I want to remain on speaking terms with them. It wasn’t. I wouldn’t even say it qualifies for the top 20, which include having my first baby when I had no idea it was going to hurt, slamming four fingers in a car door, getting stabbed with a pitch fork, being showered with boiling apple sauce from an exploding pressure cooker and others to gruesome to mention.

No, the sauna actually was hmmm….how can I put this? An experience!

And here to prove it are the pluses:

While Finnish saunas are moist and hot, the Finn’s sense of humor is dry and cool. This text convo between two friends that I found on Expat Finland, is a great example:

“Yesterday marked 21 years since I arrived in Finland.”

“Did you celebrate with beer and sausage?”

“No, I’ve become Finnish. I told no one. I sat in the dark in silence and thought about herrings.”