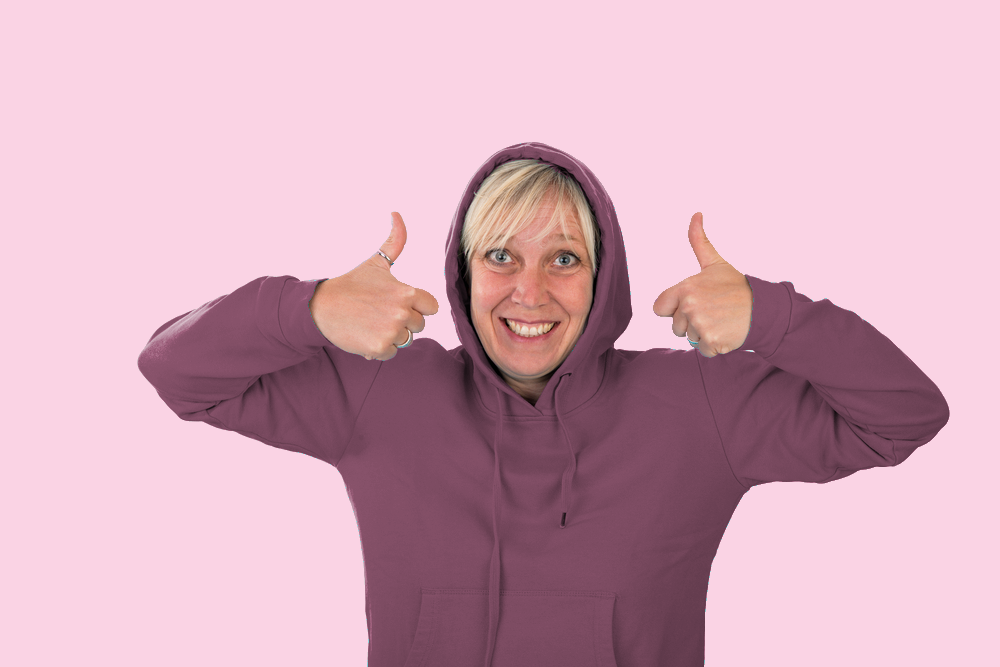 An Enchanting Rant by the Invisible Middle-Aged Woman

When I was young I didn’t like middle-aged women because they were nasty, rude and aggressive.

Even now, I have trouble with middle-aged women. The resting faces middle-aged women are terrible scowls. They yell at you in the supermarket line when you’re not moving fast enough or taking too long to pay.

I remember once banging my thumb and being in terrible pain in the checkout line. I was desperately calling my doctor to see if I could get an x-ray. The battle-axe behind me was very annoyed. “Are you in line?” she asked with an acid snarl. “Yes”, I replied. “Then move it!” she barked.

Your body betrays you. Menopause is like puberty, but in reverse. Your boobs creep like slowly melting ice cream cones down your belly, you get rolls of fat on your back, your waist decides to be wider than your hips and your knees get bigger. If that doesn’t depress you, the thinning hair, insomnia, hot flashes and lower energy will. You may be consumed by terrible regret for not marrying/doing/discovering, etc. whoever or whatever it was you wanted earlier in life.

To make things worse, you need half a tube of lube just to want a man anywhere near you.

That is, if you even give a damn, because your libido has suddenly gone the way of the landline and the telephone book. A gorgeous Frenchman on match.com is interested in you? Ha! You’d rather eat dark chocolate and watch Breaking Bad. Seriously. And that’s actually a good thing, because if that same Pierre LeFrancais walked by you on the street, he wouldn’t so much as look at your shoes. He wouldn’t notice that you are covered head-to-toe in Eileen Fisher linen, that you’re wearing a fresh mix of lemon and patchouli perfume, or that you just got a killer haircut.

Because now you’re invisible.
Ever wonder why older women wear bright, garish colors? Yup. Because the rest of them is gray, sagging and shriveled. The last time they got up close and personal with a pheromone was when their dog was in heat in 1997.

You want to go Latin dancing and feel sexy again, but after one drink at the ballroom bar, you’re not sure whether you’d rather dance salsa or eat it. And if you do decide to take a whirl, one of your knees is bound to get a little gimpy on you.

And did I mention that everything starts to make you bloated?

Everything good, that is, like beer, sugar, bread and other normal stuff. To those over 50 who manage to stay slim by working out and giving up carbs, I say: are you NUTS?  What’s left? No sex, you don’t feel good and now you’re going to give up French toast, chocolate croissant, Pilsner and fries?? Yep, pants with elastic waists were most definitely invented by some woman over 50.

At 55-ish, our children are just old enough that they should be independent. Except that they’re not. And they still need us. Especially those of us who thought we were cool, tough career women and waited till our mid-thirties or later to have kids.

In contrast to when they were little, our kids’ problems are now complicated and usually involve being bailed out financially because their housemates left them with a $500 electricity bill, they can’t pay their rent or they haven’t been to the financial aid office to pick up their scholarship.

The Thrill is Gone

And, of course, the husbands of middle-aged women are gone, bored with us, boring and stupid, have bad breath, etc. and we just kind of don’t want them around the house anymore. Or, like mine, they’ve escaped in a rental car with someone whose waist measurement is smaller than my left thigh.

Regardless, they can’t get it up the way they used to, and this freaks them out and makes them want to get away from us wives, their reminder of a more potent past.

Younger men may be curious about us and want to get involved… but have you tried making interesting conversation with a 29-year-old lately?? Do you really want to go ice-climbing, drink a flight of IPAs and say “dude” a lot?

The workplace doesn’t want you anymore because technology evolves so fast that you may not know the difference between YouTube and fallopian tube.

Your boss is a 24-year-old man who is afraid to tell you what to do but doesn’t actually believe you can do anything at all. You remind him of his aunt who never plucked her chin hairs. Also, you have a salary history, which makes you expensive. You wish you could keep a bottle of scotch in your desk drawer, but in your modern office, you don’t have a private desk and there are dogs and bean bag chairs everywhere. You’re afraid that if you drink on the job, you might miss the next time you try to sit on one of them and hit the floor instead.

Your parents are falling apart

OMG where do I begin? This is the part where you have a mixture of guilt and rage that makes you want to kill yourself even before the organic coconut ice cream at the market goes on sale.

This heavenly mix of emotions is whipped up when you realize that you’ve waited your whole life for that prize, that time when you actually get to do what YOU want, only to discover that there is a small window of opportunity for this. The window between when your children leave the house and the moment your aging parents fall apart is approximately two weeks.

You want to learn to play an instrument, write a novel, go to Thailand and conduct your own gluttonous version of Eat, Pray, Eat.

Nope, Mom’s got a bee in her bonnet about you coming to visit and then you’re stuck in the kitchen with her for 4 hours while she complains about everything and cannot decide whether to live out her years in Chicago or Miami, oh and she’s got trouble breathing and needs your help to lift anything. She’s also afraid to drive to the bank and thinks Google Maps is evil.