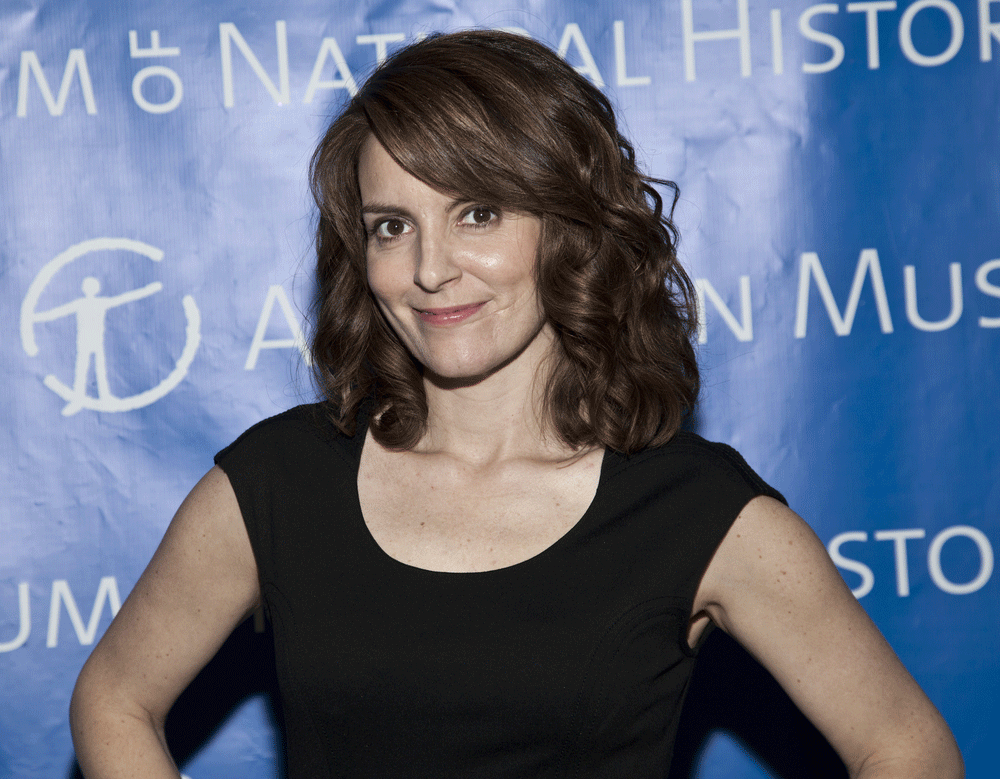 So, this isn’t really an “Extremely Urgent letter from the IRS”. I apologize. I only put that on the envelope so there might be a better chance of you opening it. And if you are reading this, it worked! I hope I didn’t scare you too much. I have no connection to the IRS whatsoever, thankfully (except that I pay my taxes every year).

Yes, this is another fan letter applauding your merits: how you’ve paved the way for other female comedy writers, created opportunities for funny female performers and what a page turner your book “Bossy Pants” was… But wait, I sense you yawning.  Before you toss this letter aside, let me get a little more personal and … surreal.

I am a Registered Dietitian in Seattle, counseling patients daily on a variety of nutrition-related medical issues. (Don’t worry, I won’t judge you for all the donuts and hotdogs you write about consuming in Bossy Pants.) But strangely, as I read your book, I completely lost track of who I was and where I lived. My pre-Nutritionist life was that of ravenous New York City actor and writer, trying to catch a break in the male-dominated comedy world. I was suddenly living in Manhattan, another version of myself reading your book in my Upper West Side apartment. Not only was I transported to this other dimension, but as I read your story, I felt like I was back re-living my own former New York story (less successful, of course, but that didn’t matter—I’ve made peace with my new kale- and quinoa-promoting status).

My blood was churning with excitement as I got to witness your success as a comedian which somehow felt like mine and that of all women who are sick of getting stuck in either the “sexless mother” or “sexy hooker” roles on stage and screen. I was cheering and clapping for you, like a proud soccer mom, or an annoying but lovable little sister. And then I realized I wasn’t just clapping for you, but I was clapping for all the funny ladies out there whose voices have yet to be heard, or who are drowned out by the boys who still believe that talking about their penises holds great interest for the population. “Keep going Tina!” I found myself cheering out loud.

As you mentioned in your book, a turning point for you was embracing Amy Poehlers’ aphorism “I don’t fucking care what you think”, so I’ll say what I think in this letter because you don’t “fucking care” and I think that is awesome. If more women stopped “fucking caring” about what others thought, the world would have a lot more books/plays/screenplays written by women and L’Oréal might be out of business.

So, thank you. Somewhere, on another plane (I say “plane” meaning  astral plane of some kind, not that I’m sure these exist, but I’d like to think that they do) that other version of myself is still back in New York, reading your book, inspired, encouraged and has not given up hope or lost her nerve. And then back on this plane—the one where I am a spirulina-loving Registered Dietitian in Seattle who now writes and performs as a hobby instead of a heartbreaking career—I cheer aloud, “Keep going!”  Thank you for allowing two versions of me to exist at once and both be satiated.

P.S. Can you let me know if the “Extremely Urgent letter from the IRS” bit worked?  I’d like to use that again in my letters to Amy Sedaris and Kirsten Wiig.

My Ovaries Go for a Ride at FAO...