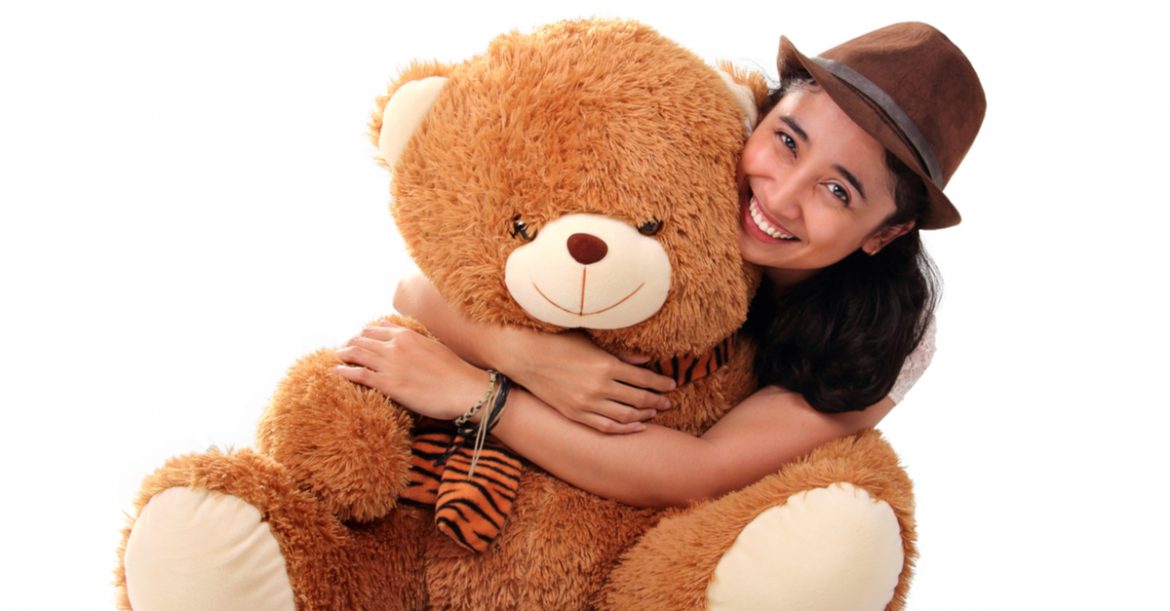 My Ovaries Go for a Ride at FAO Schwarz

15 years ago, when my friends started getting pregnant, one asked me, “Mary, do you want kids?” My answer was “I’m so far away from it that I can’t even fathom fathoming it.”

I didn’t feel comfortable around small children. They smelled different from adults and were unpredictable conversationalists. I didn’t melt at a child’s cuteness. I wasn’t charmed by their precious demeanor. I tried to spend as little time with them as possible. So, it may seem odd that I took a job at the behemoth toy store, FAO Schwarz, but I was broke at the time and it was a block away from where I lived. Besides, there was a cable bill that needed paying and I wasn’t about to give up “Six Feet Under”.

I demonstrated toys to tots, teaching them and their overwhelmed parents about the joys of “Catch a Bubble” and “What’s Her Face Doll”. I stood there in the game-staging center and endured kids clinging to my clothes, grabbing items from my demo table, screeching “Let me try!”. I plastered the “Aren’t they sweet!” smile on my face as I wiped drool from the wooden train set I had spent the last 4 hours explaining to children named “Genesis, Liberty, Wednesday, Paris, Madison, and Brooklyn”, all the while thinking that in two weeks there would be $300 bucks in my bank account.

There seemed to be a competition for who could have the most originally named offspring at this time.

Apparently, geographical locations, days of the week and constitutional rights were very “in” that year. Spices and herbs as well: “Saffron, Cinnamon and Parsley” all played at or near my post and I sometimes found myself getting kind of hungry.

One day I heard a mother say “Infinity! Come here!!” Infinity? Who names their child “Infinity”? How can anyone be expected to top that?  I thought encountering little Infinity was not going to do much for the self-esteem of the young tot I met named “Seven”. Just seven?  My daughter is…Infinity.

These creative namer-moms also assumed I knew something about this world.  “What age is this good for?” one inquired about a cake-making kit using play dough and marbles.  “Oh, around three and up”, I replied with unwarranted confidence.

Was play dough poisonous?  Do toddlers choke on marbles?

“Well, she’s two,” the mother said, “But she’s very advanced,” and she pointed to a young toddler wearing flared pants and a half tee that said “Diva”.  Ah yes…. the “advanced child.”  When I was a kid, “advanced” meant, a child could read a Dickens novel or identify an isosceles triangle in 1st grade, now it meant she could identify Britney Spears in a line up.

“Well, it really depends on where they are in their motoring functionalesque skills.”  I continued, making up vocabulary. “You know how certain kids are just more “dex…teritous” at an earlier age.”

But I had no idea what I was talking about. I didn’t know anything about children.

And much to certain people’s surprise and my parents’ patient impatience, I didn’t really want to know much. I was much more thrilled about food. I’d coo over a ripe mango or sumptuous avocado more than I would over an infant.  I could appreciate a cute kid and marvel at their wonderment of the world. But I wouldn’t know what to do with a child if I had one and I wasn’t sure I would enjoy the experience.

When my roommate at that time left me in charge of his pug dog for 10 days, it became the dreaded centerpiece of my day.

I was resentful and angry that I couldn’t do exactly what I wanted to do when I wanted to do it. So, there were times when I ignored his pleading whines for attention and dog biscuits while I read, cooked or talked on the phone.  What kind of mother could I be?

Plus, motherhood didn’t have a lot of selling points for me.

Many of my friends with kids had gone through periods where they just hadn’t called me back for months. Too exhausted to cook, too busy to shower, beholden daily to what I saw as a “screaming bundle of joy”. I wasn’t sure I would be able to survive days, weeks and months of “Ooooh, what is that? Do you like that? Good girl!” My friends assured me the benefits outweighed the drawbacks. “I haven’t slept in weeks but we’re so in love!”

I believed that for them this was the truth. But those benefits held no real appeal to me, nor did my toy store job improve my waning desire to parent.  And maybe that was ok. Maybe I would just never have children. Or maybe by the time I settled down and decided to try, I wouldn’t be able to.

When I told people that I didn’t think I would have kids, I could sometimes see them squirm, brow furrowed at the idea.

“Really?” some said.  “I bet you’ll change your mind.” Others said “Well, it was the best thing that ever happened to me.  That’s when I feel like my life began”.  I imagined them wondering, “What kind of woman doesn’t want to have a baby?”  Me, I guess – a very warm and loving person who just likes to have her own way most of the time and cannot stand the thought of spit up.

One day while working at FAO, I was demonstrating something called “Magic Plastic” to two eight-year old girls, the three of us giggling like sisters at this gummy-gasoline concoction you wad onto a straw and blow up into sticky (and toxic) green grey balloons. “You’re a really nice girl” one of them said to me. I was taken aback by her unabashed honesty and the innocence with which she had made this statement to a total stranger. “Thank you” I replied. “I like being nice. And you’re nice to say that I’m nice”.

She looked at me like I was kooky, and then the two of them ran off. I watched them go thinking “Those eight-year-olds were fun. Maybe I could be a Mom.”  But then I remembered that there were still seven full years before the eighth – close to a decade of life that I might resent; not to mention the 8, 18 or 28 hours of life ripping apart one of my most vital body parts. If I couldn’t withstand plucking my own eyebrows, I’d never make it through childbirth or breastfeeding-induced nipple soreness.

I wanted to feel more at peace with the idea of never being a mom and lose the fear of possible regret. I couldn’t tell if the pressure I felt was coming from others or from me, trying to live up to some role I’d imagined for myself in society.

As the years passed, the biological clock remained silent, and fathoming a child-free life felt natural and relieving, especially as I agreed to those spur-of-the-moment travel plans, went back to graduate school and continuously witnessed my hopeless banter with three-year olds. Plus, it was not as if the population was in need of my biological additions. I’m pretty sure somebody else had it covered.

Obviously, many women have been feeling the motherly urge from the “Genesis” of humankind and will probably continue to do so until… “Infinity”.

#OurStoreToo – If Your Store Got Robbed, It...