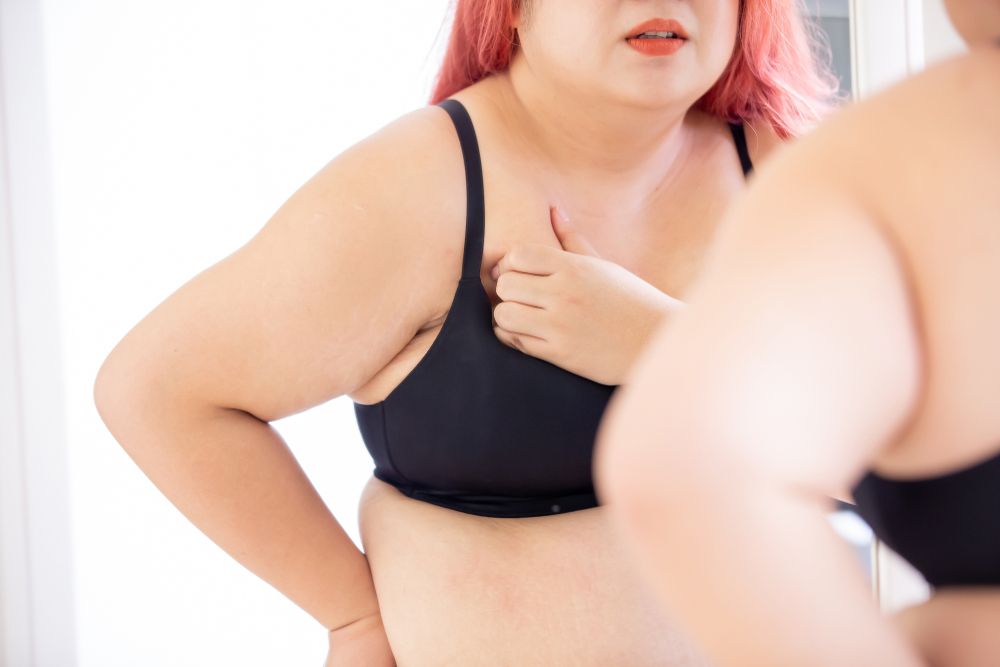 As a transgender woman who has spent a lot of time and money getting things put in my breasts, it seems quite incongruous that something extra should have arrived there all on its own. When I bring up “the lump” to my insurance company, I’ll likely mention that. If it has to be taken out, maybe I can get some sort of rebate. Probably not.

It strikes me is as supremely unfair. After all, I’m still getting prostate exams. Shouldn’t there be  some sort of cosmic trade-off at play? I know this is ridiculous. I know that men assigned male at birth also get lumps in their breasts. It’s not like this is some uniquely transgender thing. But come on, universe. I did not need a lesson in irony.

I discovered the lump as one often does these things: while fondling myself in the middle of the street in response to mass community-sanctioned misogyny. I was on Bourbon Street in New Orleans, where I was the one woman a bead-bearing guy on the balcony had to shout down to “I don’t want to see yours!” His loss, really. They’re magnificent.

Perky, perfect, and quite a bit better than those on a lot of the women around me who were clutching more than their fair share of beads. I’m not judging; just stating a fact. Indeed, I claim no providence over this gift, they still stand at full salute. Although I did choose the surgeon who created these beauties, so I guess I deserve some of the credit.

It was as I hoisted them even higher towards the sky – to demonstrate to ‘balcony guy’ just how big an error he had made – that I first felt “the lump.” It was at the base of my right breast, about the size of a marble. (Now, you may ask why if they’re so perfect I had to do any hoisting at all. I’ll simply say this: the balcony was high, and while they’re magnificently perky, they’re not exactly flagpoles.)

I ignored “the lump” that night as I was enjoying the evening, the rum, and a few other gentlemen further down the street who had far better taste in breasts. These same reasons applied the next five nights, too. It was quite a week in the Big Easy.

Returning home, however, Oregon skies replacing the balconies of Bourbon Street and water finally replacing rum, I began to realize “the lump” was still there. I had always known this was a possibility of course – and that’s when I got scared.

I chose these things, and while only the truly twisted would say I deserve “the lump,” I think reasonable people might look at this as a casualty of the choices I’ve knowingly made. So, yes, they’d tell you, in a karmic sense, I asked for it. Perhaps.

But I didn’t buy these breasts just for beads and kind words from men on balconies. I bought them because I needed more honesty in my life: honesty with myself, honesty in the self I showed to others, honesty to love my life the way I wanted to live it. That it came with awesome boobs is just a bonus.

I’ll have a mammogram here soon. It will be my second. I know the scanner will swoop down on the silicon valley that now occupies my chest. Then the technician will put each breast into a vice grip disguised as a scanner and I’ll likely be thinking what I did last time: “I really should be getting beads for this. And some rum afterward.”

The truth is, I’m not too worried about it. My primary care physician examined “the lump,” and she said it seems more like a tissue reaction to my implants. She says I can relax, which makes me feel better – at least until I start pondering what she did find. She said it’s not round so much as it is oblong, it’s mass somewhat undefined. Kind of like my worry.

I know that maybe someday I might have a breast tumor or one of many other complications that would not be part of my reality had I never elected to transition to life as a woman. If that time comes, I’m sure someone will say I deserved it, that I asked for it, that I chose it: “This is what you wanted to choose? This kind of life?”

I’ll just smile, knowing two things. First, that they’ve got it mostly right: “This is what I wanted. To choose… this kind of life.” And second? That far more than my breasts were magnificent.