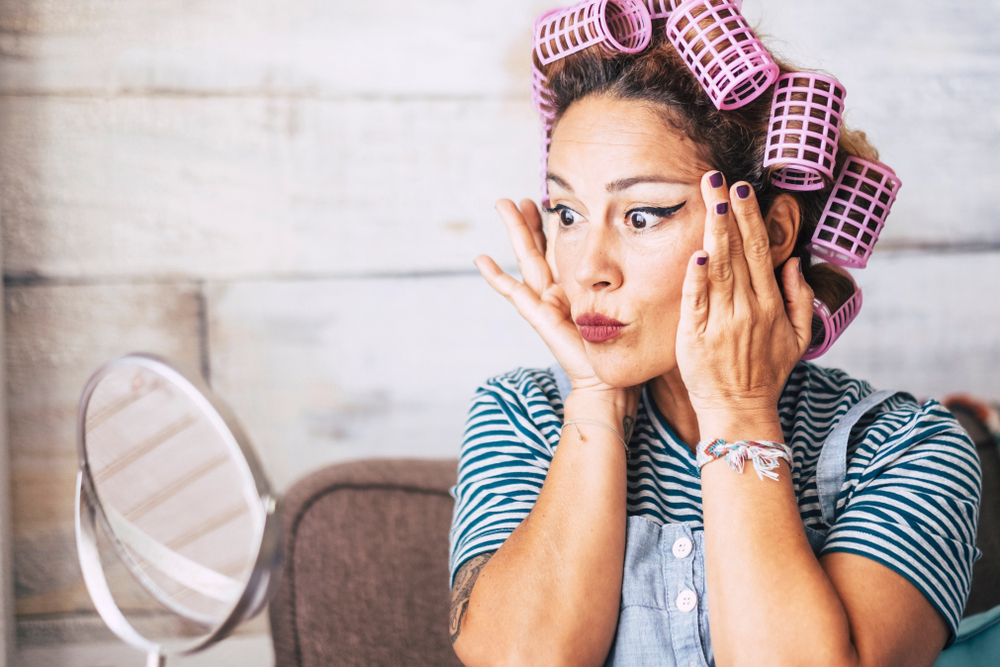 I’m Too Old for This Shift: Earthquakes and Aging

There was a time in my life when being shaken awake at 3:00 am likely held a promise of some sort of fun shenanigans. But since having kids, more often than not, an unplanned awakening in the thick of the night has usually meant something sinister – a kid’s nightmare, a dog throwing up, that pile of dishes I had stacked like Jenga coming crashing down. This time, it was an earthquake.

The Pacific Northwest is an ‘earthquake prone’ area – we live with the knowledge that someday, our sleepy earth will suddenly wake up, look around the room, decide it wants to rearrange the furniture, and then yawn and go back to sleep. It rarely happens, but we signed contracts upon moving to Seattle that we are not allowed to be surprised when it does.

Yet there I was, in bed, jolted awake first by a low and foreboding rumble that sounded like the train coming to get the boys in Stand By Me, and then brought to my feet when the room began to roll. It lasted just long enough for me to consider a plan of dragging my daughter and dogs out to the car. Weighing the pros and cons of doing so, I thought: on one hand, why scare them? This will likely be over soon and of no consequence. On the other hand, the entire house might collapse on top of them and I’d live the rest of my regretful pathetic life a loveless hermit, feeling – oh wait, it’s over.

I sneak downstairs and check in on the aforementioned creatures. The dogs are like WTF WAS THAT and my daughter is in peaceful slumber, unaware that I have just lived 50 years of a miserable alternative personal timeline.

I go back to bed and do what any reasonable person with the Internet would do after such an event – check social media to see how my little bubble is doing. I find what I expected; posts ranging from fear, to those using the quake as an excuse to show how unaffected by anything they are, to those in other states mocking our reaction to a moderate quake and talking about how they’ve been in REAL quakes, etc. You know. Typical playground one-upmanship, just online now.
I put the world away and start forming my own feelings instead of taking cues from everyone else.

At first, the word I wanted was decidedly ‘fear’. Earthquakes are scary. They can kill us, and we can’t see them coming. They don’t get cute names and three-day warnings like hurricanes. It’s entirely reasonable to be afraid. But the word ‘fear’ wasn’t quite right. There was something else. As I lay there thinking about tectonic plates and Carole King songs, the word I was looking for arrived – betrayal.

I felt betrayed by the earth.

Betrayed by the very ground itself. Betrayed by the notion that our planet is supposed to be our literal, solid bedrock upon which we are free to layer our chaos and lives, and here goes the earth revoking it’s end of the deal. Isn’t life complex enough juggling our relationships, work, activities, wars, disease, friendships, passions, that we shouldn’t have to also reckon with the very dirt that we stand on? That’s just not fair.

It was now about 3:30am, and sleep was about as likely to return as my college jeans size. Eager for even an unpleasant distraction, I latched onto thinking about what my 40s have done to my body – weight gain, achy joins…a few mysterious ailments have moved in like creepy tenants in the room over the garage – they don’t make a lot of noise but what the hell is going on up there? I thought about how angry I’ve been at my body the past few years, even though that’s not quite the right word. Angry in that, despite having mostly the same eating habits I’ve had my whole life and still being an active person, things hurt. Pounds come on. ‘Sad’ certainly works as a word, but even that is too passive.

Then, I found the word for how I’ve really been feeling about my body – betrayal.

As young people who are lucky enough to be healthy, we take our bodies for granted. We don’t think about them much beyond how they serve us when necessary – for sports, sex, mobility – we have the luxury of assuming that when we put the key in the ignition, the engine will turn over and we’ll be in business. Getting out of bed each morning didn’t used to involve a pre-flight check of all the gauges – I just flew the damn plane.

But now, there are some warning lights blinking in the cockpit. Things need attention. There are mechanical issues that involve a crew coming out and popping the hood. The air conditioning is only working sporadically. The oxygen masks drop out of the ceiling for no apparent reason. Moving about my life now has me consciously aware of my body at all times. When planning adventures, I used to wonder ‘Would I do that?’, and now I also wonder, ‘Can I do that?’. I’m not ready for this. Just when I really feel like I’m getting my shit together, my bedrock is taking a hike. What kind of cruel joke is this?

I decided to do what any reasonable person with the Internet would do – check social media so I could feel worse about it all. I scrolled down, reading everyone’s posts. Some were still about the earthquake, others covering all the usual stuff like terrible photos of the moon and talking about how they spent the afternoon hatchet throwing at a craft brewery. You know. Typical playground stuff. Typical moving-on-with-life stuff. I considered forgiving the earth.

After all, she’s got a lot on her plate. On all her plates, really. Humans are waging war against her, despite all common sense. A war she will win, but how annoying it must be for her to fight. She really does a really good job most of the time making us feel secure on her surface. She’s a living, breathing thing too, so it seems only reasonable that she’d need to yawn and stretch and vent once in a while. Like any of us, she’d explode if not.

Self-care is important. She’s not as young as she used to be – over four and half billion years old, last I checked. And I never even sent a card for the big Four. I’m so grateful for all of her gifts – clean air, trees, beautiful lakes to swim in, mountains to hike, meadows to stroll, dirt to grow tomatoes and avocados and corn for tortilla chips…

Maybe I should cut her some slack. She’s my home. Even when she’s not perfect.