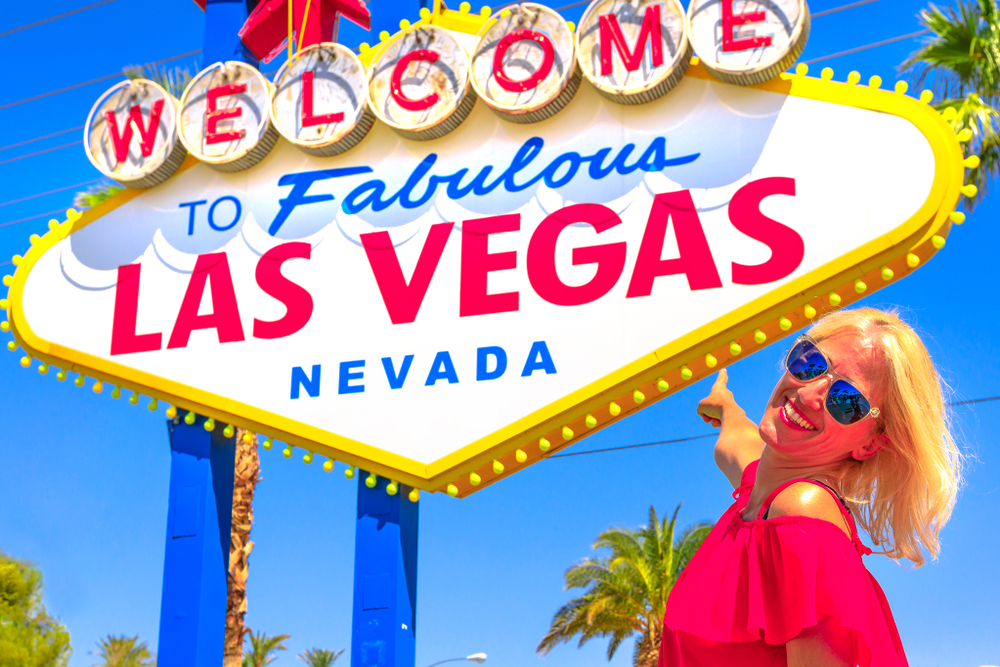 Ah, Vegas: the sparkling adult playground offering up every conceivable vice, theatrical performance, bucket list activity (hang out of a helicopter and fire machine guns at desert targets, anyone?), exorbitantly priced cuisine ($65 for an appetizer plate of fresh tomatoes? Do they also do my taxes?), and Carrot Top.

On a recent trip there with a girlfriend, we leaned into all Vegas had to offer (minus Carrot Top and those Goldman Sachs tomatoes) and made seeing shows a priority.

As my friend was being besieged by menopausal hot flashes and we are both near ‘the age,’ we bought tickets to see Menopause the Musical – “The longest running musical in Las Vegas history” – a show about, you guessed it, THE CHANGE.

As we sat in the theater five minutes before curtain, it became immediately apparent that we were the youngest ones in the room by at least a decade. There were enough titanium knee and hip replacement parts in those seats to build a space shuttle. Unconcerned, we settled in to enjoy and good musical romp through the menopause meadow. The curtain went up. And that’s about when the trouble started.

DISCLAIMER: The four actresses in the show were all wonderful: powerhouse singers, funny, good character actors, engaging. None of my griping you’re about to read has anything to do with them. Also, no dolphins were harmed in the making of this show.

The show introduces us to four women, strangers to each other, who all find themselves at Bloomingdales in the Ladies Lingerie and Unmentionables Department for various reasons.

Clichés aside, I knew the ship’s hull had been breached two minutes in when, after a quick scene of the women clawing and scratching over ownership of a clearance bra, one of them, with zero plot-related reason, had a line akin to ‘MENOPAUSE, AM I RIGHT?!’ and they all broke into the first song.

The director and actor in me immediately went to Defcon 3 at that egregious move, frightfully annoyed at the lack of story or reality I had just witnessed. But, ever-adaptable, I reset my thinking to something along the lines of, ‘Okay, this isn’t really a STORY show, per se, but more of musical review. I shall reset my expectations, show my hopes of a good story to the door, and just enjoy the songs.’

And that’s about when more trouble started.

Song after song, I found myself getting more and more annoyed. (I can always tell when this is happening to me as an audience member because I lean back in my seat, arms crossed, and start thinking about unrelated things like those $65 tomatoes and why some sweatpants have fake drawstrings. Seriously, why?)

I wasn’t even sure in the moment why I was getting so annoyed and even angry at this show, until the high-powered executive character started singing about how ditzy she’s become due to menopause. Let me repeat – HOW DITZY SHE’S BECOME DUE TO MENOPAUSE. The song was about how she’d be in her office at work and be struck by inspiration and she’d go charging into a conference room and then forget why she came there and then had to back out timidly, feigning some excuse. GROSS.

It was then I realized that every song was celebrating women’s valiant charge into disintegration.

As I was emotionally checked out of the show at this point, I killed time watching the audience members. The women loved it, laughing and nodding and cheering for all the relatable afflictions. The few men in the room, who were no doubt husbands dragged off the golf course and there under duress, sat for the most part in polite muted silence.

What they didn’t know was they were the objects of my scowling gaze as I grappled with the fact that they were being presented the notion that around age 50, women dissolve into volatile puddles of tears and rage, parting ways with any semblance of the competent strong figures of their youth. Disgusting.

And that’s about where my inner conflict started.

On one hand, I seethed over this depiction of women. I thought about how this gives men the perfect excuse to dismiss us as incapable of holding positions of power because HORMONES – after all, how can she be counted on to remember the nuclear codes if her memory is being ransacked by hemorrhaging estrogen? How can she possibly hold policy negotiations if she’s crying? What if she gets a hot flash right when she needs to jump to hyper-speed to elude the imperial battleships?

On the other hand, menopause is a natural progression of life for women. It’s a thing that happens, so should we not talk about it, laugh about it, learn from it? Should men not be educated about what women go through and still, despite her castle being stormed by hot flashing soldiers, she manages to keep getting shit done and being a functional human being?

Maybe this SHOULD be celebrated. Maybe being weakened shouldn’t be seen as weakness. Maybe this show is doing the goddesses work of making all of us more empathetic and understanding. Maybe this show is teaching us that women still have value even if they are no longer razor sharp and their mood tire swing has become untethered from the tree. Maybe this is the path to a kinder world where celebrating our weaknesses isn’t dangerous.

On the other hand, if that were true, where is the man show that celebrates erectile dysfunction?

I can see it now! Four men, all hanging out in the gym locker room, shirtless with towels wrapped around their waists, whooping it up and singing that Billy Joel hit, “Sing us a song, you’re the flaccid man! How do I bring this thing to life?” They’d be holding hands, laughing about the cost of Viagra, how their rage from intermittent impotence gets in the way of their jobs, how their wives are no longer attracted to them…HILARIOUS! Men would flock to this show, right?

Is this thing on?

There is no MANopause show because men don’t celebrate their ‘weaknesses.’

Should they? Probably. We’d all benefit from more levity and openness about our inescapable journeys towards that human rainbow bridge in the distance. We all share the experience of the inevitable breakdown of these meat suits. Why not be in it together?

But until that time comes, I’m not feeling it. For the sake of women and the current and consistent state of the reign of the patriarchy, perhaps, just like Carrot Top and $65 tomatoes, Menopause the Musical should stay, as they say, in Vegas.