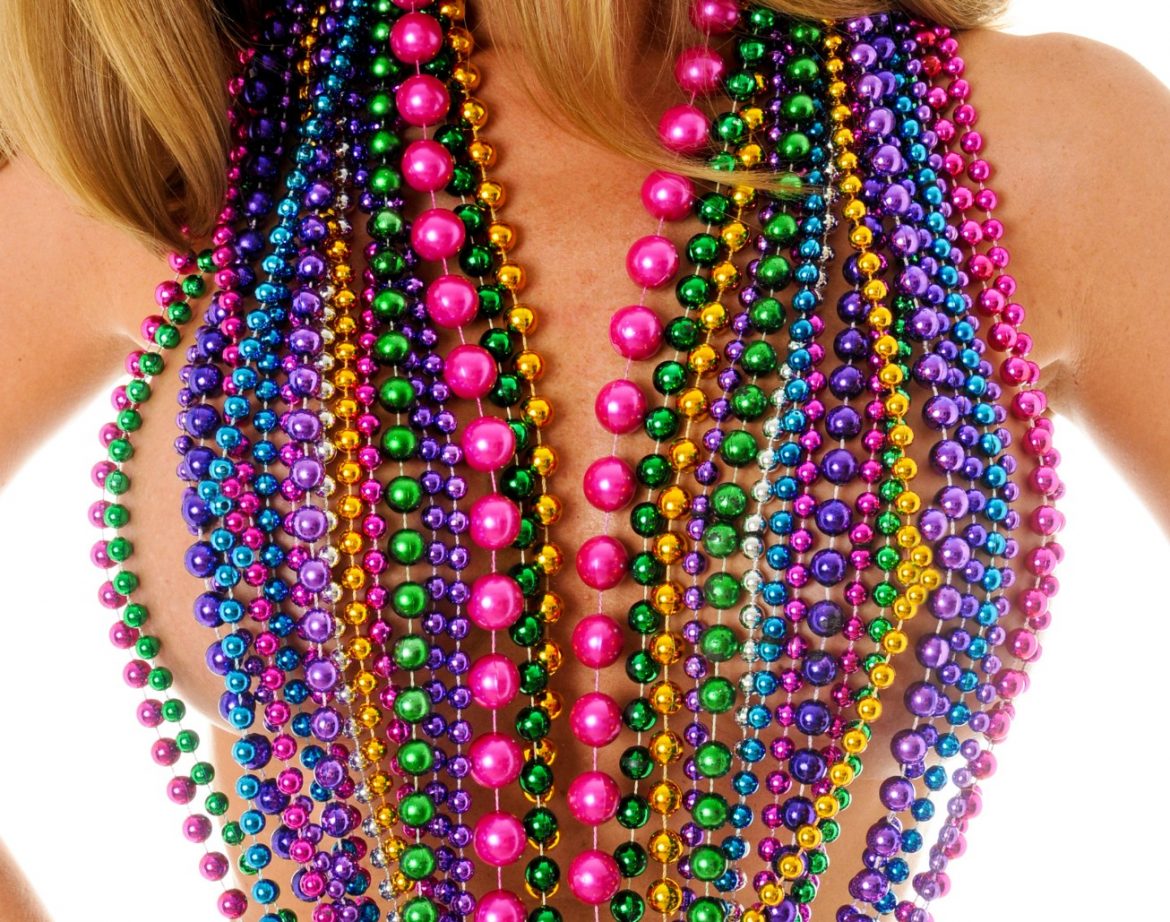 It’s Mardi Gras: I’ll Shake My Surgically-Enhanced Boobs if I Want To

Mardi Gras is upon us. At least I think it is.

The date changes every year, occurring 47 days before Easter – which also changes date every year. It’s like the Trump impeachment: every time you think you know what’s going on, the Republicans change the target.

This year, Mardis Gras was on February 25th.

Mardis Gras is all about drinking, debauchery, and the flashing of breasts (and other pieces of one’s God-given anatomy the Catholic Church deems inappropriate) solely for the purpose of earning beads and later, regrets. Or, in my case, flashing my surgeon-given anatomy, though I’m sure the Church isn’t exactly anxious to have liquor dribbling through my silicon valley, either.

I’ve celebrated Mardi Gras all over the world.

Whether at a two-mile high celebration in the Colorado Rockies or partying with my friends in Taiwan, my pre-transition breasts came out, the beads rained down, and alcohol went down my gullet and shirt. That my chest now seems like a small mountain range is a welcome bonus. Let’s be honest, even when it was 14 degrees, my pre-transition nipples weren’t exactly a mile high. The regrets were also there. Let’s just say a little daiquiri goes a long way at 11,040 feet of elevation.

All of this was years ago, when I still identified as male.

Having gender-transitioned four years ago, Mardi Gras is a little different to me now. For one thing, earning beads is a lot easier. Gone are the days of dropping my britches, grandly waggling my parts, and hoping my genitalia didn’t end up in a King Cake. (For those of you not familiar, a King cake is baked with a small plastic baby hidden inside; the person who gets the slice with baby in it has to host the next party.) Today I just the shirt, wiggle a little, and the beads start to fly. I won’t lie. This was on my bucket list.

I’ve had people question my sanity and the decency of my behavior. And among those people is my daughter, who on our recent trip to New Orleans asked me:

“Hey, where did you get those beads?”

“Where do you think I got them, honey?”

In my defense, some people gave me a two-fer – and some people didn’t give me any at all. So it’s not like I didn’t actually have to work (it) for them.

I love telling people this story, as it serves as a sort of litmus test: What concerns them more?

Wondering where the hell my daughter was while I was out baring my breasts in public. Or, as is more often the case, concern about my blatant and brazen baring of newfound boobery?

If all my friends were staunch Catholics, this fixation on my loose morals (and blouse) might make sense. My daughter? They probably figure I left her in a cage at the border. I mean, what’s more maximum Vatican than only caring about children while they’re still in the womb? My boobs on the other hand… If it was up to the Catholic Church, Michelangelo’s David would be wearing Carharts.

The reality is that I know very few Catholics, and many of them include “recovering” in the label they use to define themselves. Nevertheless, the bafflement – about why I would be willing to flash a bunch of strangers just to get a cheap loop of plastic trinkets – is there.

Nevertheless these days, unless I’m in New Orleans, I don’t feel a particular compulsion to go beading, even on Fat Tuesday. Like my numerous friends in New Orleans, I spend Mardi Gras close to home, celebrating with food, friends, and a little bit of jazz.

My daughter is usually there, too. Her name is Nola, nine-years-old, and named after the city of New Orleans (where, for the record, I know lots of excellent babysitters). She likes jazz, beans and rice, and best of all, knows that she doesn’t need to be preening for beads to be allowed to run around without her shirt off.