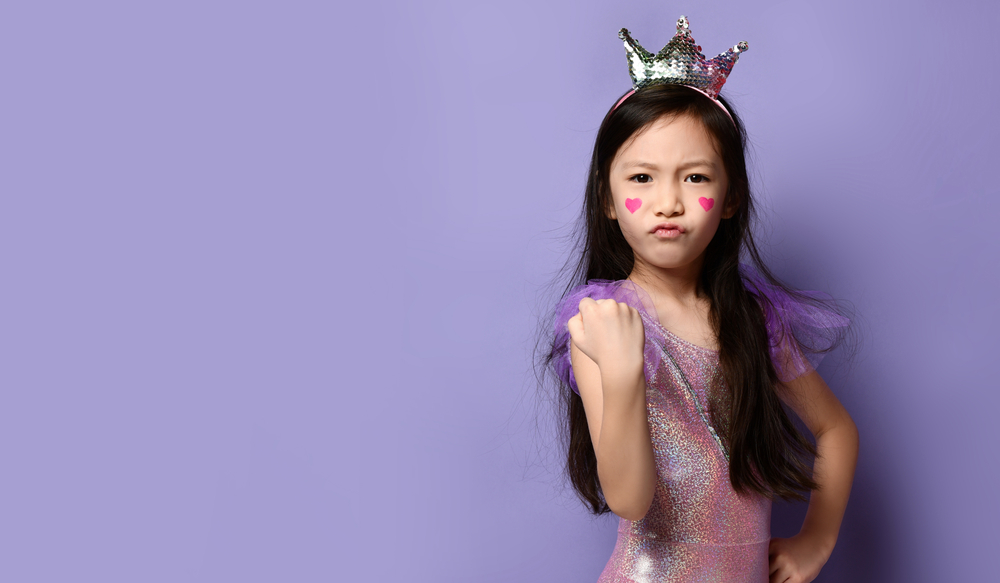 Raise a Mimosa to Defiant Children this Mother’s Day

As is the tradition in many divorced households with small, tax-deductible humans, my daughter was with her mother last Mother’s Day. Not wanting to miss out on the fun, however, I went out to one of those fancy brunch places and plopped down at the bar alone. As a transgender woman, I look like a mom, and I’m more than happy to let them presume they should pity “childless” me.

Not because I need the pity; I just want to take advantage of the Mimosa special. Particularly since when my daughter is with me on Father’s Day, the only place offering anything dad-related is the Episcopalians’ after-service potluck and their Mimosas suck.

That’s how I found myself sitting at the bar alone, drowning my alleged sorrows in champagne increasingly devoid of orange juice – bartenders do that when pity is in play. Along the way, I got to thinking about the meaning of motherhood, on that day, and the other 364 days of the year.

My immediate thought, after tipsily Googling “Murfer’s Derf,” was greeting cards. Hallmark makes them, we buy them, and everyone’s happy, particularly the owners of landfills. More careful typing, however, revealed something far less cheery about Mother’s Day – and far more wonderful.

What we now know as Mother’s Day began 150 years ago in the writings of an aggrieved mother:

“Our (children) shall not unlearn all that we have been able to teach them of charity, mercy, and patience.”

Tired of men wasting children’s lives both metaphorically and literally, she called for all women to rise up and take back their children’s existence from those who would waste it.

More simply, she wanted women to be defiant.

Somehow that’s been lost to history. Today, Mother’s Day is about letting mom sleep in 19 extra minutes, brunches, and letting the kids wear that pretty Easter attire one more time before they outgrow it. The closest you’ll get to a greeting card with defiance on it is the Hallmark Shop in Fort Defiance, Virginia. (Really.)

On the other hand, I think it means I’m a pretty great mom.

Now, I don’t mean I’m my daughter’s mom. She has one of those, an awesome one, in fact. My daughter calls me “Daddy,” and with the possible exception of yelling it out loud in the women’s bathroom at “Cracker Barrel,” it’s never been a big deal.

But if I were to identify who’s made my daughter the defiant young woman she’s starting to become, it’s definitely me. I’m the one who told her if they ever sent her home from school for wearing spaghetti straps, I’d show up for the discipline meeting wearing them. In a world where boys can show up in pajamas, t-shirts, and looking like Tom Hanks from “Castaway,” no school gets to claim my daughter isn’t wearing “professional attire.”

She was five when I told her this – and she got it.

Teaching my daughter to be defiant in the face of inequity is a careful balancing act. Once, when she was shopping for my Christmas present, the clerk was incredulous that she was buying earrings for her dad. Her response:

“My daddy is transgender. Got a problem with that?”

At her mother’s urging, we had a talk about manners – and that there were nicer ways to tell someone to shove it. (I’m assuming that’s what her mother meant.)

She’s learning, though. She knows when she goes to visit her grandparents in Georgia and South Carolina, that it’s OK to ask about golfing, fishing, and why people continue to eat at Cracker Barrel when there are so many great local places to eat south of the Mason-Dixon Line. She also knows it’s best not to ask “Is everything that comes out of that man’s mouth a lie?” when Trump comes on TV. Not because it’s a bad question, but because sending her elders into coronary failure isn’t the nicest thing to do. (Among other things, they pick up the tab at Cracker Barrel.)

If it’s true that your child’s true character is reflected in what they do when they are not around you, then I think I’ve done well. At school, she’s taken on the unofficial role of explaining gender to every kid in her class. Does she say, “Gender is a construct, one suited to a spectrum”? God, I hope not. That sounds pretentious when I say it.

But she understands the concepts and explains them to her peers. She’s my ambassador, and as a result, I consider Taft Elementary School in tiny, rural, Lincoln City, Oregon to be one of my safe spaces. She can call me “Dad” in the bathroom and no one cares.

Some people would say I’m ruining her childhood. Kids should get to be kids. Why does she need to know that J.K. Rowling is a transphobe? (This hasn’t actually come up yet, but I know my daughter. It will.)

My argument would not just be that she needs to know, she wants to know. Even more importantly, she likes to know. There is power in knowing how to stand up for yourself and your beliefs. And as to stripping away her childhood, she still fantasizes about being a princess. But she doesn’t want to be Snow White, Cinderella or Aurora; she’s not about to spend her life waiting for a guy to save her. She told me that.

She also told me, however, she’s pretty sure she doesn’t want to be Moana. Sure, Moana’s got agency and saved her civilization. But she also blew off  Dwanye “The Rock” Johnson. “I may be only 9 years-old,” she told me, “but I’m not dead.”

Defiance doesn’t mean you can’t spend your life with who you want. It just means our daughters get to choose – everything. Their partners, their lives, themselves, and whatever form of happily ever after they see fit.

Now that’s worth raising a Mimosa to this Mother’s Day.

You can still give the perfect gift for Mother’s Day!