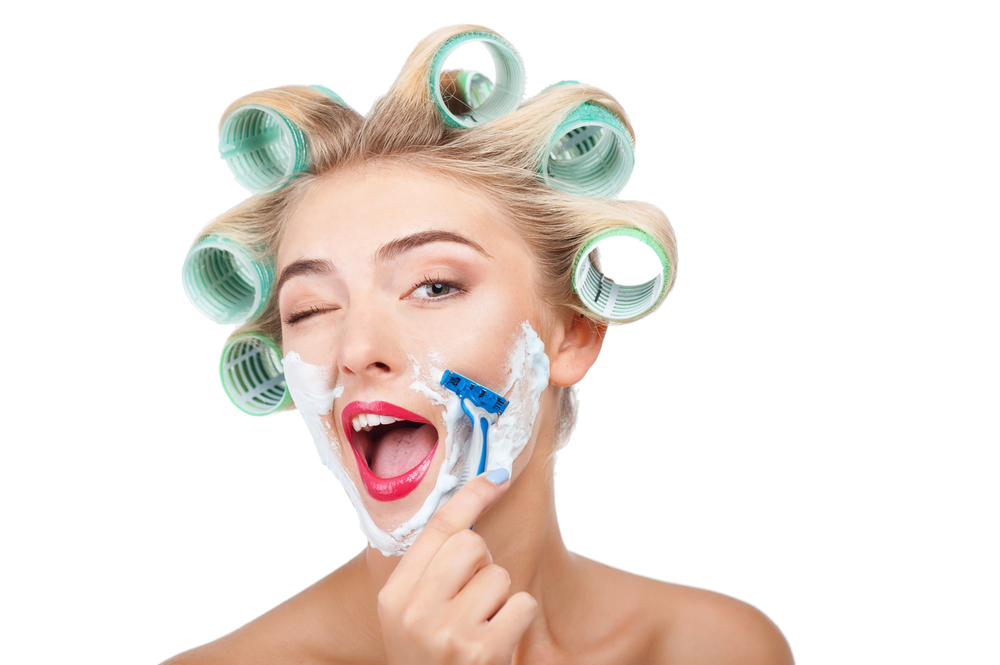 It’s never been surprising to me that there’s a “Pink Tax.” We’re in a world that loves to gender – and often misgender – everything.

Who can forget Bic’s classic “Cristal For Her Ball Pen,” whose cultural deafness would have been staggering even without including balls.  With their colored cases, which appeal to women’s irrepressible urge to be surrounded by all the colors of the rainbow at all times, they were on sale for roughly 63 cents a pen, as opposed to the same black cased-pen, ostensibly for men, at 34 cents a pen.

The New York Times noted in 2014 that “women’s” products with the same ingredients and/or materials were often far more expensive than “men’s” products. A price gap that over an average year could add up to as much as $1,400, enough to download 143 copies of Pink Floyd’s “The Wall,” which created via testosterone-laden guitars, has no tax.

The Times Editorial Board’s solution: “Women might want to consider shopping in the men’s aisle.” Hell no.

As a transgender woman who wants to shop anywhere but the men’s aisle, this is a terrible idea.

Certainly, I can appreciate that in 2014 the New York Times might not have even heard of transgender people; after all, Laverne Cox’s character of Sophia Burset lives four whole hours outside of Manhattan.

When the only difference between Barbasol men’s shaving cream and a woman’s equivalent is scent and the barbershop stripes on the can, there’s an argument for just saying “buck it” to the trend and saving $1,400, but  I can’t go there; what’s ‘common scents’ to most people isn’t for me.

Like most people in America I hate shaving. For me though, it’s more than just a nuisance and/or excuse to engage in blood-letting. The fur on my face is a reminder that every second, every moment, my body is trying to make me into the man I’m not. Someday, electrolysis may take care of that, but for now I have to face the fuzzy truth every morning – and evening, if I want to go out.

It’s a routine which throws me out of my femininity every time: Pick out dress, find the perfect shoes, accessorize, shave fuzzy face.

So I overpay for women’s shaving cream. I use something with aloe and a “raspberry mist,” which even though I live in rainy Oregon and am shrouded with mist every winter,  I’ve never actually encountered the aroma of, not even in a berry patch. I will do anything to avoid a Barbasol-esque rosemary, sage and laurel aroma, though I didn’t know that’s what it was supposed to smell like until I read  the description on the internet. To me, Barbasol smells like “men’s barbershop” (an actual description I also found on the internet) and that’s all I need to know. Anything that triggers 47 years of pent-up gender dysphoria is something I try to avoid.

Sometimes this need is a practical one. I gladly overpay for women’s razors because I like the big plastic handles, which “thanks to the textured rubber handles, (I can) enjoy a comfortable and controlled grip.” Ironically, this brightly colored product is also made by Bic, but in this case the bright colors do make the razors easier to find in the mist of my Oregon shower.

If I’m being honest, however, there are some men’s products I can’t avoid, and this, too, ironically includes razors.

While I shave most of my face with my “lady” razor (despite my not having found what specific part makes it female), there are other, uh, parts, I need to shave and the lavender-scented handle with a lubricating strip is just not up to the job. Without being graphic let’s just say I have a hairy derriere, and the top of a woman’s shaver is shaped remarkably similar to a suppository. (The “lubricating strips enriched with Lanolin and Vitamin E” make this shape even more problematic.)

And since you literally don’t want to go there – which puts us in complete agreement – I’ll choose to keep the razor on my face. Which, unfortunately, has to be a men’s one. Those teeny tiny hairs that sprout under my nose every morning are impossible to get when your razor doesn’t fit there. Let’s just say the upper lip wasn’t meant for lubricating strips.

So more than the Pink Tax, I get to pay the principal payment twice; I have men’s and women’s versions of all kinds of things.

The ones I like and the ones I need, each of them a reminder that nothing quite fits for me as a transgender woman. It’s something I’m still trying to get a handle on.

Learn more about the pink tax.