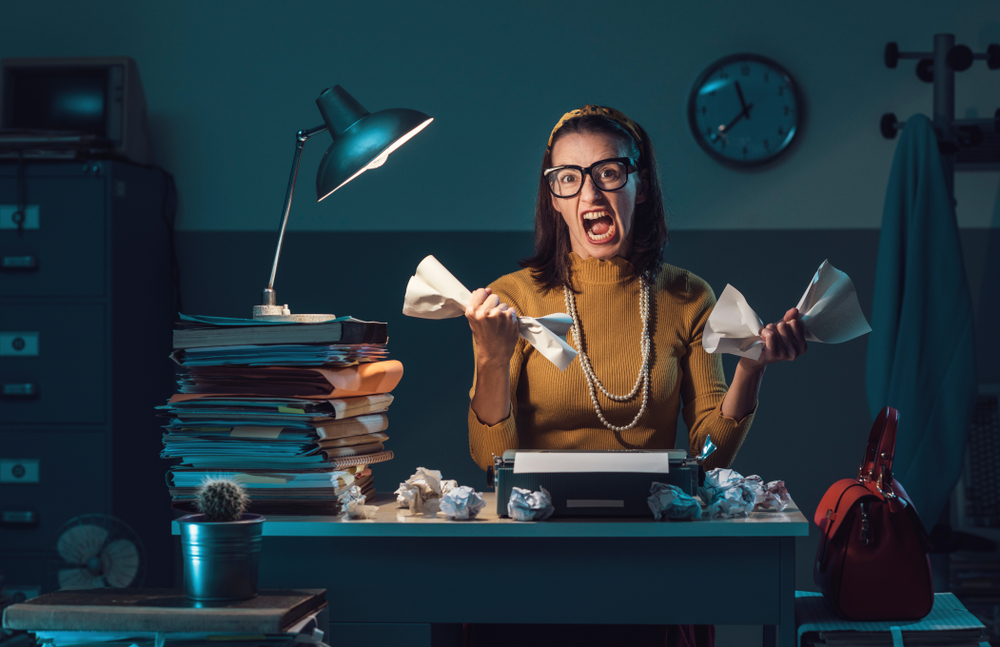 When I’m Angry, Is the Write Stuff the Right Stuff?

I am not, by nature, an angry woman.

Like ice without the cold, steam without the heat, both of which find their natural status to be water, my personal equilibrium is to be happy. I’m Thelma (or Louise) choosing to buy a T-shirt at the edge of the Grand Canyon instead of racing off the side of it.

It’s even hard for me to stay angry. Like one of those red bouncy-balls on the end of a rubber band connected to a paddle, no matter how fast my anger may take me from equilibrium, my natural disposition always takes me quickly back to where I’m most comfortable.

Some days, of course, it’s harder than others. The most recent of those hard days was Friday, June 12, 2020, as the Department of Health and Human Services finalized a rule that meant the federal government no longer recognizes gender identity as an avenue for sex discrimination in health care.

Basically, as a transgender woman, doctors, hospitals and health insurance companies are now free to discriminate against me.

This is not the first journey of rage that the Trump Administration has sent me on. They initiated the transgender military ban so he could distract his base during one his umpteenth scandals.

This latest move, though, was especially cruel: he released his decision on the fourth anniversary of the massacre of LGBTQ people at the Pulse nightclub. To quote the great philosopher Miracle Max from “The Princess Bride”:

“Why don’t you give me a papercut and pour lemon juice in it?”

There’s a perverse upside to this, however.  I’ve now gotten enraged so often that when it happens I can actually chart my journey out of equilibrium and back.

My first stage of anger is a very basic scream. It’s hard to describe what it sounds like. It starts with a Wilhelm Scream – you’ll know it when you hear it, because you already have in dozens of movies. Then it builds into a kind of Janet Leigh in “Psycho”/ Hulk hybrid. The last 20 percent is the word “f–k!” yelled over and over again. I go from pacified to pissed as quickly as Meg Ryan goes from sandwich to simulated sex in “When Harry Met Sally.” And like enjoying turkey with mayo or a rom-com, I do it for a while, usually until my voice is trashed and my throat feels like a car-wash squeegie. (Though that may be the mayo.)

From there, I move onto the throwing things stage.

This stage is a collision between two key components of my conscious self. There’s the first part, that one wants to throw glassware, and/or breakable pieces of furniture at the windows or television. And then there’s the realistic part, the one that acknowledges I have no money, live in a tiny rented apartment, and I really like my 65” plasma TV.

As a result, I usually compromise between the two, and instead throw towels into the sink and my daughter’s stuffed animals into the bed. This method is largely effective at reducing the rage, though I have learned a few things over the last couple of years:

The last phase for me in engaging my inner rage is writing. I used to write a column in my local newspaper, then I moved up to the Huffington Post, and now I write here, at The Syndrome.

Certainly, some things have changed with my writing over the years, the main one being that the rage-inducing injustice I see in the world just seems to be getting worse. (That, and I used to be a guy, but I won’t hold that against me.) No matter where I’m writing, however, when I get angry I can usually find catharsis and release by getting my thoughts down on paper.

The expression “pounding things out on a keyboard” is just that. Literal pounding. Like hurling dishes at a plasma TV, it gets expensive. I miss the days when I had a typewriter that I could drive my fingers into like a sledgehammer. Sometimes, I even fantasize about the days of John Hancock, when if you wanted to attack someone with your writing you could stab them with a quill.

My frustrations with composition aside, my composure also becomes problematic at this point.

This far into my rage spiral, I’m usually starting to return to equilibrium. So I scribble notes furiously: on paper, into a recorder, or even demanding that Alexa remember them. All the while channeling Samuel L. Jackson in “Pulp Fiction.” The man is steroid shots for the angry soul. I’d allow that male id is a holdover from my transition days; I don’t really know. But long before Jackson was Fury, he was my furious muse. And even if time, distance and increasing amounts of estrogen seek to pull me back to equilibrium, his injection of righteous rage keeps me there long enough to bring written passion to my truth.

On paper is where I am most powerful, and I know this, so I do what I have to do to stay angry just a few more minutes. And so goes this tug of war: between the happy person I am, and the woman my passion and advocacy demand I be. I’m not angry all the time, just when I need to be – and I’m beginning to wonder if that is enough.

I keep hearing if I’m not angry, I’m not paying attention.

But I am very much paying attention. I read seven newspapers day and catch CNN at least a couple of hours daily. If I was paying any more attention I’d need (more) therapy. For instance, I read the New Times, Washington Post, a slew of local papers, and then watched Anderson Cooper the night the Trump administration told the medical community it was OK to let me die.

As described, I engaged my rage, this time vicariously with Anderson. And then, when he was done,  he went back to Greenwich Village and I began the slow but inevitable process of returning to myself, starting with organizing this article. But when the U.S. Supreme Court less than 72 hours later said federal law protects LGBTQ workers from discrimination, I wondered if I could even write this piece. The only anger I could seem to muster came from the words I’d already outlined, the pain I’d already felt. From a sanity standpoint, I suppose that’s good.

But in a time when there are things and causes to be angry about far beyond my own, is that enough? As a transgender woman, I’ve been having angry moments going on four years. What of my anger for black Americans, whose anger has been building for more than four centuries?

Whether in a state of calm or anger, I know there are causes longer and larger than mine.

And yet I know that I am not capable of staying angry, not if I want to be the best person I’m capable of being. While also acknowledging that my sanity is a pleasure, one born in the serenity of privilege… F–k!

I would give real money right now to stab someone with a quill.